We just love running contests here at The Bonus View whenever we have the opportunity. With a little help from our friends at Warner Home Video, we can now offer you the chance to win two of the ‘Harry Potter’ Ultimate Edition Blu-rays. Follow after the break for the rules on how to enter. You can’t win if you don’t play!

Our prize package this time includes both ‘Harry Potter and the Prisoner of Azkaban: Ultimate Edition‘ and ‘Harry Potter and the Goblet of Fire: Ultimate Edition‘ on Blu-ray. Since we had such a great turnout for our recent photo caption contest, we figure that we’ll keep it simple and do the same thing here. To win these two Blu-rays, all you have to do is come up with a funny or clever caption for the following image, then post it in the comments. 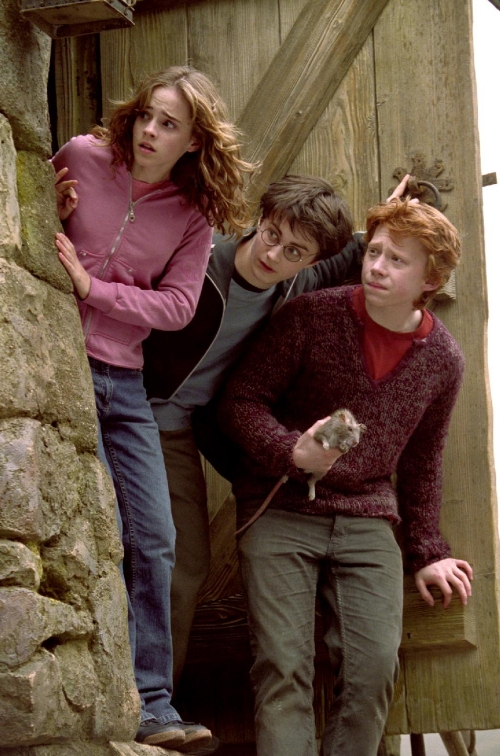 The caption can either be a made-up line of dialogue or something that describes the image. For example: Harry, Ron, and Hermione discover the horrible consequences of walking in on Professors Dumbledore and McGonagall without knocking first.

The winner will be chosen at our own subjective discretion based on whichever response we enjoy the most. You may submit as many entries as you want. However, we only have one prize pack to give away.

What makes these Ultimate Editions so ultimate? How about a ton of bonus features?

Harry Potter and the Prisoner of Azkaban: Ultimate Edition [BD]

Immersive 3-Disc Set Includes: CREATING THE WORLD OF HARRY POTTER, PART 3: CREATURES … the Next Chapter in the Spellbinding 8-Part Series. Never-before-seen footage of the Creature Shop. Explore never revealed concept drawings, interviews with creators who describe the quest to create real creatures with emotional power to move the adventure forward.

Harry Potter and the Goblet of Fire: Ultimate Edition [BD]

Mesmerizing 3-Disc Set Includes: CREATING THE WORLD OF HARRY POTTER, PART 4: SOUND & MUSIC … the Next Chapter in the Spellbinding 8-Part Series. For the first time, discover how musical themes for Harry, Hedwig, Luna and Lord Voldemort define each character’s identity. Learn how sound effects experts create the crunch of footsteps on snow and the whoosh of a flying broomstick. 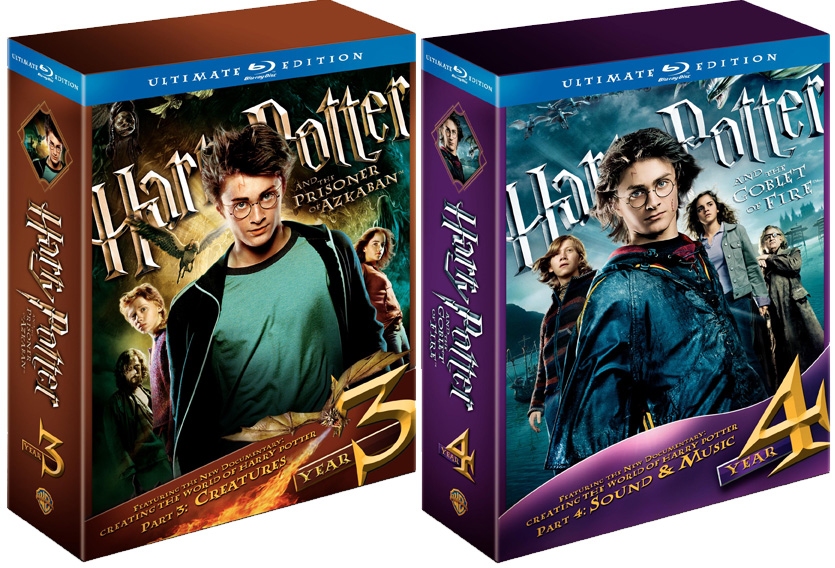 This contest is only open to entrants from the domestic United States. We will not ship internationally (whether you’re a U.S. citizen or not). Employees of High-Def Digest or Internet Brands and their families are not eligible. Standard contest rules and conditions apply. Winners of our previous contests are also not eligible to win, but may get Honorable Mentions.

The deadline for entry is this Friday, October 29th. The winner will be announced next week. Good luck, everyone!