Earlier this year, I was pretty clear about my disappointment with the upcoming line of retro-styled “Re-Action” toys from Funko, which I felt were poorly designed and sculpted. While I still feel that way, at least a couple of them may be worth buying after all, if only to drive a pretty sweet ride.

Retailer Entertainment Earth recently posted a listing for this awesomely detailed ‘Back to the Future’ Delorean toy. Technically, it’s actually a ‘Back to the Future Part II’ Delorean, which is even better because it has a Mr. Fusion reactor mounted to the back and the wheels can flip down into a “hover mode.” 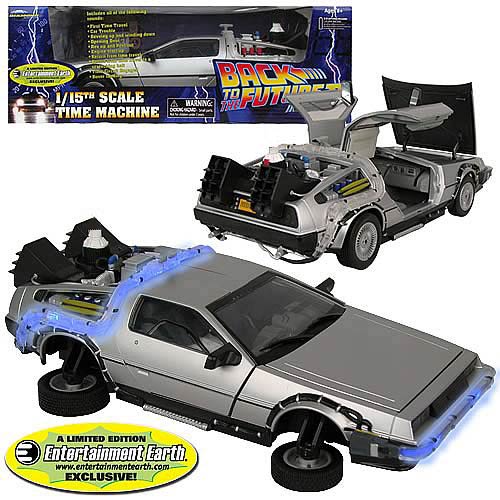 While this isn’t the first ‘BttF’ Delorean toy (or even the first in this scale), the Entertainment Earth exclusive claims to be the first with the hover mode.

The product listing states that the vehicle is “compatible with many 3 3/4-inch scale action figures* (not included),” with the following caveat:

“We have tested several 3 3/4-inch scale action figures with the vehicle and have found that many fit in the driver’s and passenger’s seats with little to no difficulty. Unusually tall figures like Darth Vader and Chewbacca will not fit, but we have had good luck with Shipwreck, Spider-Man, and many others. Depending on your figures, your mileage may vary.”

I would assume this means that the car is compatible with the Funko figures. However, because those aren’t available until June and the Delorean is manufactured by another company (Diamond Select), they couldn’t be tested.

As a reminder, here’s what the Funko’s Marty and Doc figures look like: 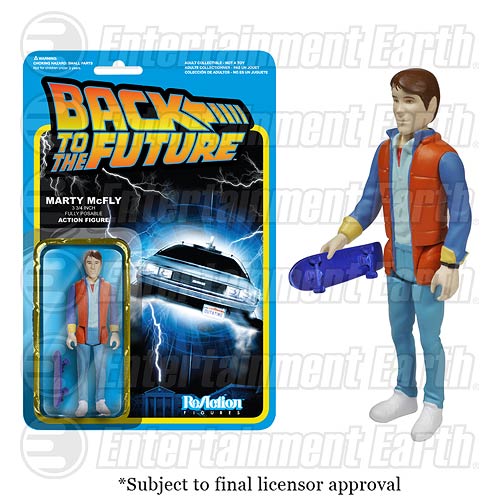 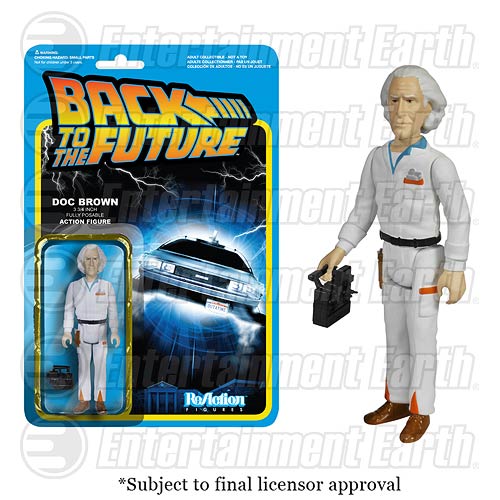 Yeah, the figures are still pretty ugly, but if they’re sitting behind the wheel of this baby, maybe I won’t mind so much.

TagsAction Figures Awesome Back to the Future