Turnout for last week’s contest was a little light. I felt like we had a pretty good prize. Did I stump you with my choice of photos to caption, or were people simply unfamiliar with ‘Boardwalk Empire’ and didn’t want to jump into the middle of a series at the third season?

The good news here is that the people who did enter the contest stand better odds of winning, and we got some pretty good submissions. 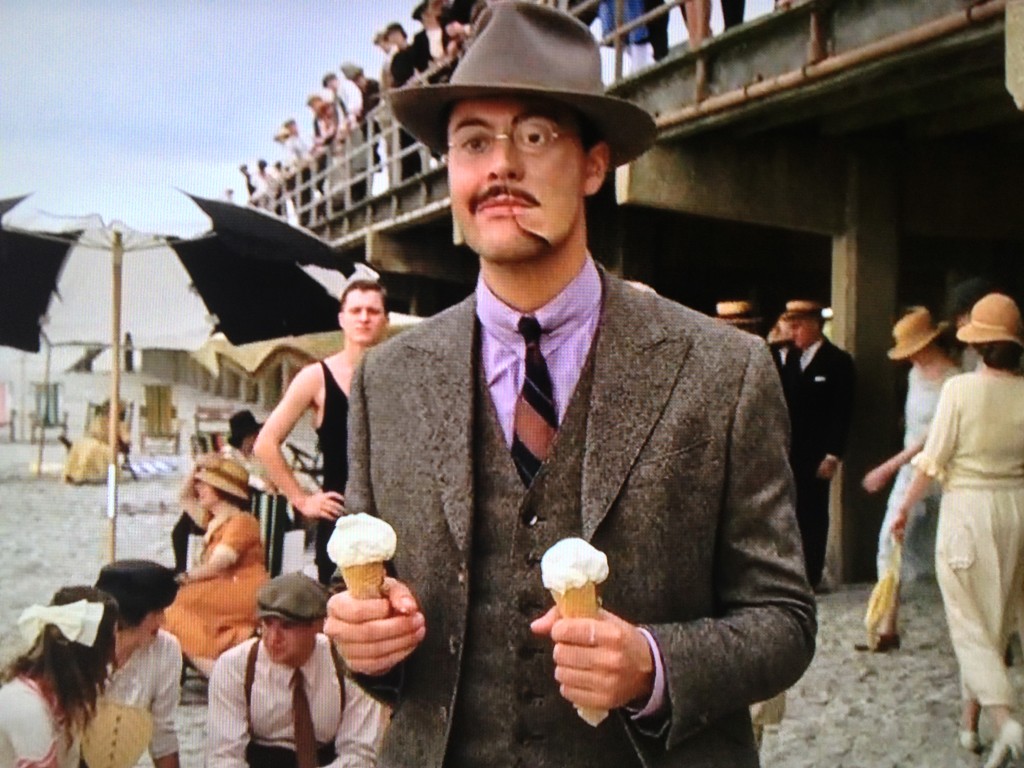 T.J. gave us several good entries, but this one really gets me:

Said by the guy over his right shoulder: “Glad this guy with the fake face is in front of me. Now people won’t notice my cocktail dress.”

Congratulations to T.J. for winning HBO’s ‘Boardwalk Empire: The Complete Third Season‘ on Blu-ray, and thanks to everyone else for participating in our contest. Be sure to enter our ‘Walking Dead: Season Three’ contest before the deadline on Friday.