While I suppose the movie isn’t for everyone, ‘Blade Runner’ is by far my favorite film for a number of reasons. Even so, the recent announcement of a 30th Anniversary Collector’s Edition instantly made me wonder, “Do we really need yet another ‘Blade Runner’ set?”

For something like a seven-year period ranging from when I first got into DVDs to when I shifted to Blu-ray, we, the fans, waited for not necessarily a better cut of ‘Blade Runner’ (although many did want a new cut), but something better than the barren DVD release. With the rights to the movie such a big mess, it seemed like even getting a DVD with a decent case (the original DVD came in one of Warner’s awful cardboard “Snapper” cases) would never happen. So, when ‘The Final Cut’ was announced, I was psyched and ready. I watched the ‘Final Cut’ in theaters, and I pre-orderd both DVD and Blu-ray editions. It was in fact my first Blu-ray, and while I wasn’t sure that I would be ready to take the plunge by the time the set was released, I knew that I didn’t want to be left without a copy if the title went out of print. Years later, my fears about the Ladd Company and Warner Bros. pulling the Blu-ray seemed unfounded, and I bought a new copy of the five-disc Blu-ray for a friend for $20. It was housed in an even slimmer case than my first-run copy. Yet, since then, the studio retired the set, which must have had a built-in four-year lifespan. Now a new premium set will take its place.

The new set promises a new Spinner model, a new art book, seamless branching of four versions of the film on one Blu-ray, over 10 hours of special features (up from the 9 hours promised on the previous edition), the Workprint feature version, and an UltraViolet digital copy. 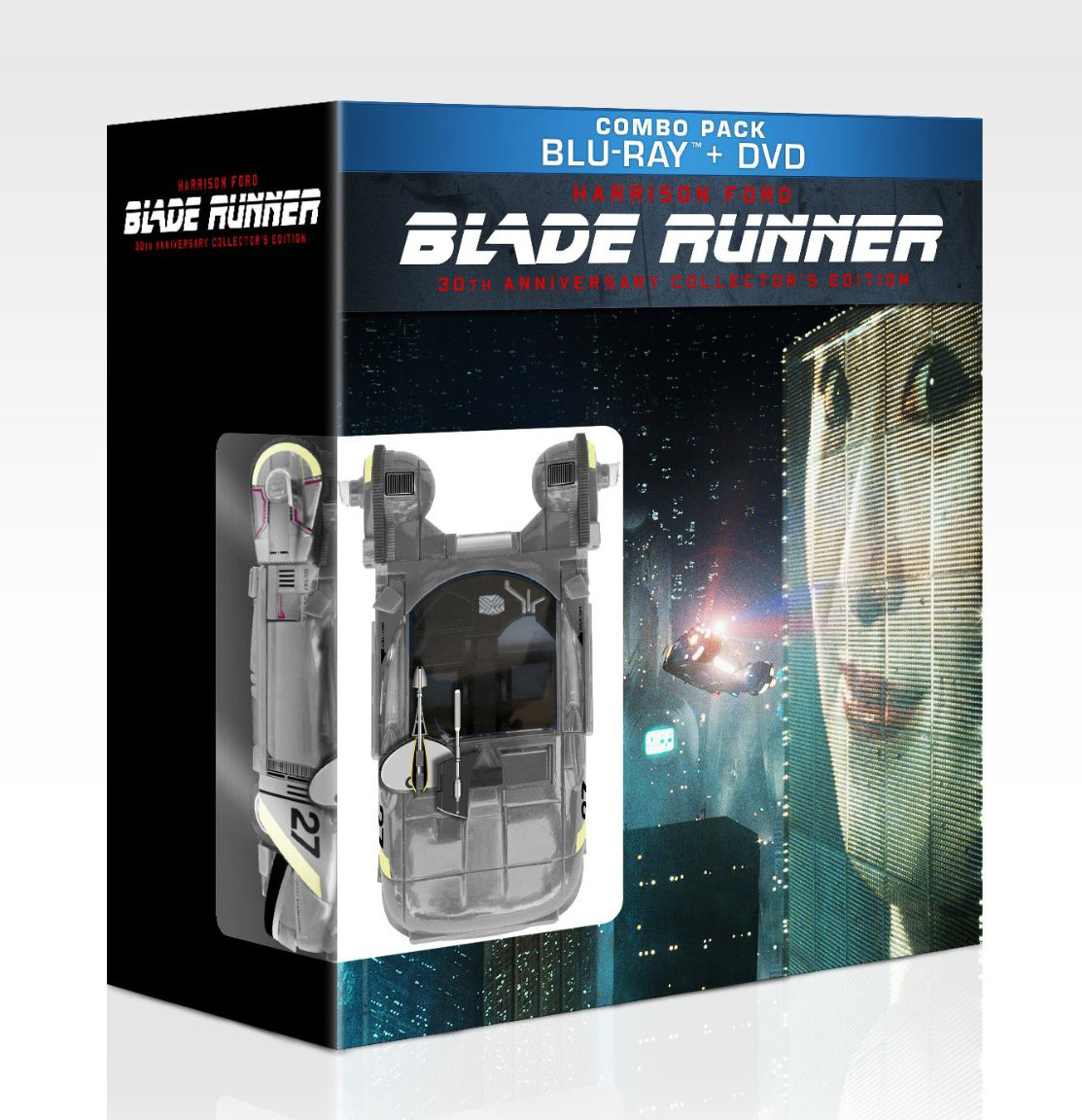 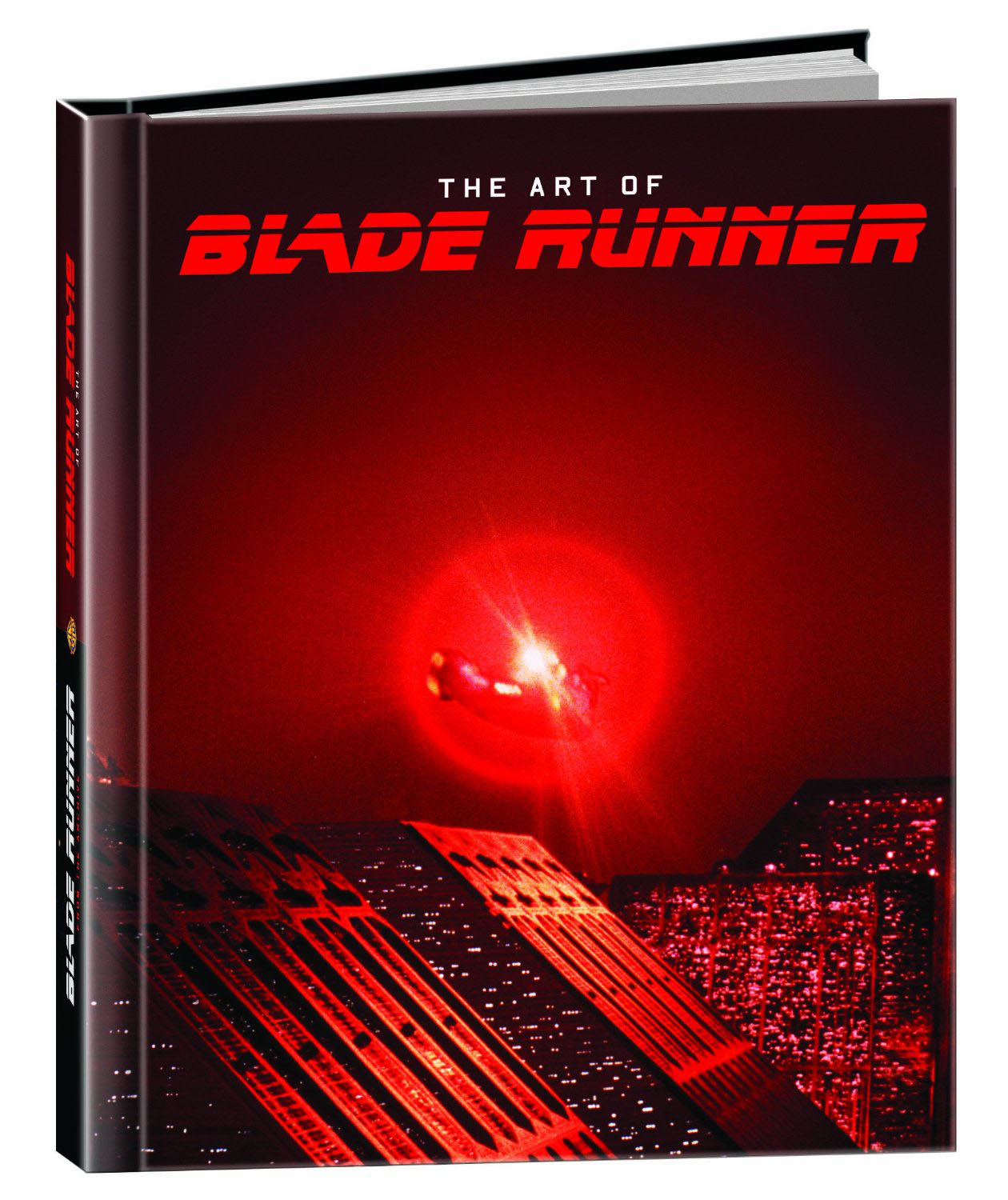 Looking back on the older collector’s sets that I have, I really like the Warner Bros. Special Edition DVD. I like the box itself, which reminds me of a nice LP set, and has a throwback feeling entirely congruent with the film. The film cell is nice, but I’ve always favored the full size screenplay, which anyone can find on PDF if they hunt around the internet. 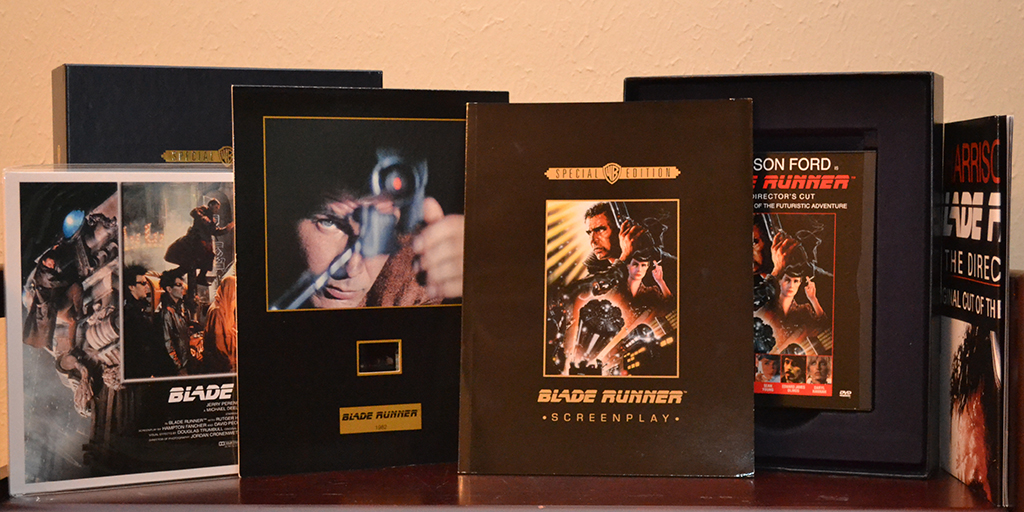 The briefcase that was released for the 5-disc ‘Final Cut’ edition continues to disappoint. Each item included seems crummier than the last. The plastic briefcase itself begs to fall whenever picked up with the case sleeve on it. In this case, “slipcover” really means slip-cover. The spinner and unicorn models are plastic junk on the level of bad cereal prizes, as is the Deckard hologram. The concept drawings are the only piece of this set that I care for. 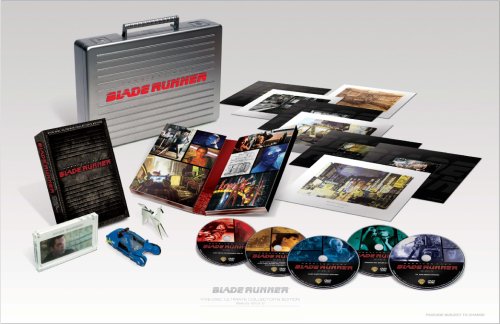 Considering all the ‘Blade Runner’ media that I already own, does that make the 30th Anniversary Collector’s Edition a necessary edition, or definite omission?