"Aren't you guys a little young to be technicians?" "Lasers are a young science. OK, there, fine, you made me say it, now we're both in trouble" 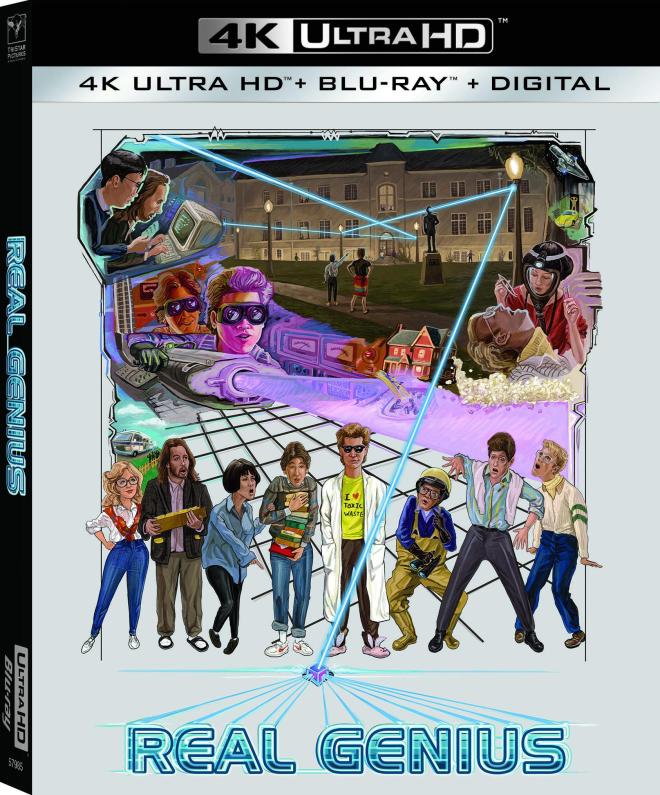 The order link is not available at press time, checking our release calendar for updates.

THE CULT 1980s FAN FAVORITE GETS AN UPGRADE,

AVAILABLE FOR THE FIRST TIME ON 4K ULTRA HD™

When a group of crazy college geniuses put their heads together, almost anything can happen. Hold on for a freewheeling, uproarious look at just how much mischief a bunch of high-IQers can concoct. Chris (Val Kilmer) is the top brain who just wants to party, Mitch (Gabe Jarret) is the 16-year-old whiz kid, and Lazlo (Jonathan Gries), America's number one brain, literally lives in a world of his own ... Chris' closet. Supposedly hard at work on a lab project, they still find time to turn the dorm into an ice-skating rink, and throw a beach party in the auditorium complete with a lagoon and bikini-clad beauties. When the geniuses discover that their unscrupulous mentor Professor Hathaway (William Atherton) has had them working on a secret weapon for the military, they plot an elaborate revenge. Their plan culminates in an incredible scheme that outsmarts the military and convinces the professor that it doesn't pay to fool with a REAL GENIUS!