Home Video Releases For The Week of February 9, 2021

Anyone that regularly purchases new releases has likely observed like I have that certain movies are not available in any physical stores. An even larger kick in the face though is that the same titles, the DVD is available for sale. More and more stores are pushing 4K into our faces but they only sell DVDs of new releases? Pixel wise, you could play 24 DVDs on your 4K screen simultaneously. Recent releases absent from stores were Come Play, Fatman and Born a Champion Blu-rays and the 4K of Batman: Soul of the Dragon. Welcome to Episode 38 of our weekly look at what's new to home video. My above rant is abbreviated by the way.

In the 4K disc arena, first a reissue, 13 Hours: The Secret Soldiers of Benghazi, this time though as a Best Buy Exclusive SteelBook.

Next, making its 4K disc debut, Sci-Fi/Action film Elysium, starring Matt Damon and Jody Foster. Elysium was one of those titles on the survey Sony offered late last year to gauge what customers wanted next. 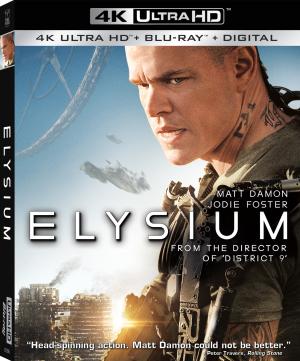 Paramount's next "Paramount Presents" releases debut this week, the week before Valentines Day, look for Elizabethtown, a more recent comedy/romance. And the other release is Love Story. I would expect these to be decent presentations and not cash-grabs, I don't think Paramount is looking to tarnish their flagship label. 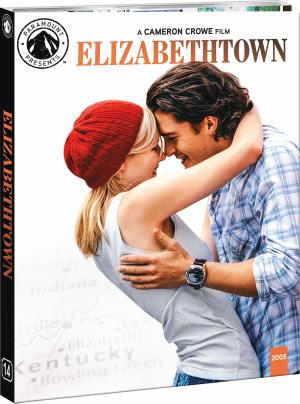 Keeping with the theme, LionsGate releases the comedy/romance The Right One this week. Not Valentines day, but still Lionsgate, look for Wander Darkly this week as well.

What else does Valentines mean other than to watch My Bloody Valentine, right? Scream Factory now offers it as a SteelBook release.

Arrow Video releases The El Duce Tapes for the first time on Blu-ray.

The Criterion Collection's release of the week is The Parallax View. Another film I must have missed, but it's got creds that make it worth looking at.

From my opening rant, (good luck finding) Freaky and Greenland in stores, released by Universal by the way. We have reviewed the latter in its digital format. 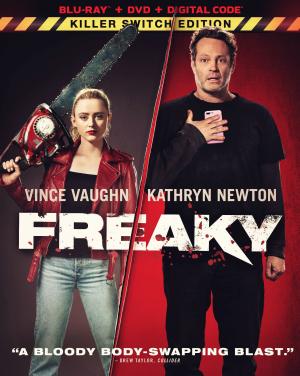 All Creatures Great and Small seems to have a rising following and Season 1 comes out this week. I'm sorry to say I have not watched broadcast TV for quite some time so I am semi-clueless with that regard.

In the Anime/animated category, the sequel to Ne Zha streets this week, it's titled Jiang Ziya. Ne Zha got a 4K release but it looks like the sequel does not. Paramount releases The Little Prince (2015), previously only available as an import.

Baltic/Russian film makers are at full speed ahead and it seems each week we see something from them. This week Scream Factory is releasing a Horror/Sci-Fi titled Sputnik, and yes, it is reported to have an English dub. 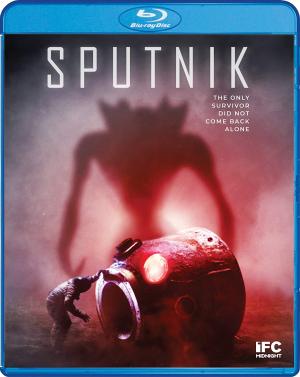 Still looking for 3D discs to keep your 3D gear in use? This week, Wings of the Hawk debuts, and our review indicates it was restorted quite well.

All of this week's Mondo Macabro releases got delayed a month, look for them now on March 9th. No doubt COVID and other related delays.

Arrow Video has announced their next batch of titles, which span the month of April. As far as 4K, they're prepping a "fat pack" release of Donnie Darko. It seems as though I had just bought their Blu-ray of this one (not to say it was a bad release, I just hate the back-to-back double dips.) The other 4K release on the docket is Battle Royale, but that one's a UK only release. Now for Blu-ray releases, they are (alphabetically) Death Has Blue Eyes, Elvira: Mistress of the Dark (Arrow / SteelBook Edition) and Switchblade Sisters. A Blu-ray release of Battle Royale also remains a UK exclusive and, oddly enough, Clapboard Jungle appears to be a UK and Canada only release.

Warner Archive's March titles include The Bermuda Depths, Crossfire, Damn Yankees, The Great Caruso, Isle of the Dead and Thundarr the Barbarian: The Complete Series. Isle of the Dead was originally to be a Shout/Scream factory release in 2019, looks like that had fallen through. If you remember The Berrmuda Depths it is likely because you know your Rankin and Bass TV!

Warner Bros has announced the 4K release of Godzilla (2014) and it will be available on March 23rd as a Standard Release (with a rather f'ugly cover) and a SteelBook release that looks very much like the Asian import of the Blu-ray SteelBook  I bought years ago. The latter, Godzilla's tail was nicely embossed/textured. I recall people complaining how dark the picture was on this movie, I doubt, but really do hope that HDR will change that aspect much. I think the dark look was the intention of the film.

The next 'Paramount Presents' release will be Cecil B. DeMille's The Greatest Show on Earth, expected on March 30th. Featuring another 4K restoration but presented in 2K format. Paramount (unlike DISNEY) at least is releasing multiple catalog titles on Blu-ray that never were available before and offering a handful of actual 4K titles as well from the catalog. My Fair Lady, Super 8 and The Ten Commandments will be on 4K disc soon. 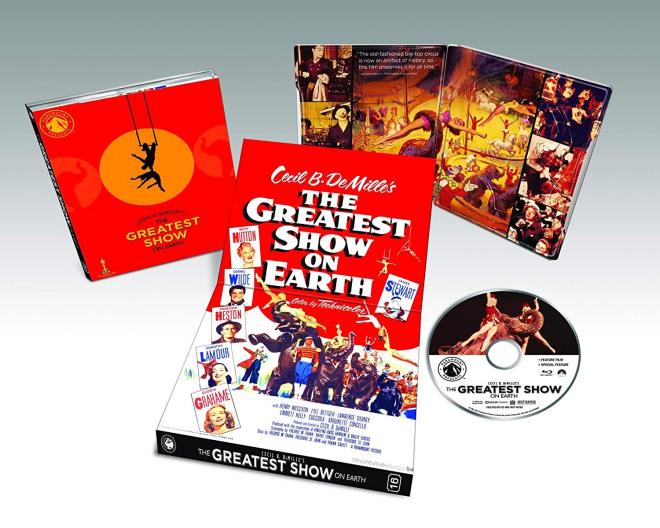 Which titles are you buying this week? Which ones are on your wishlist, be it to buy as an impulse buy or to wait for the right price? I currently have none of this week's titles on preorder, but I'm certainly interested in Elysium 4K. My wish list for the rest of the titles are Freaky, Greenland, Sputnik, Jiang Ziya, Wander Darkly and The Little Prince.