Continuing from last week, more and more new releases seem to be unavailable at local stores if you're looking for something other than crappy, obsolete, low-resolution DVDs. Seriously, the industry and stores wonder why Blu-ray and 4Ks see a decline in sales, it should be pretty obvious why. Compare it to a chicken and the egg or even a famous quote, "if we build it, they will come." Welcome to Episode 39, our weekly look at what's coming out on Home Video.

There are no 4K discs slated for this week. Perhaps if Criterion or Disney were on board for catalog titles, there would be something.

Somewhat average week for Blu-ray releases this week. And here we go....

Shout Factory continues to release Indie films and catalog titles. This week look for A Call to Spy, a biography/drama that tells the story of women spies duing WWII. 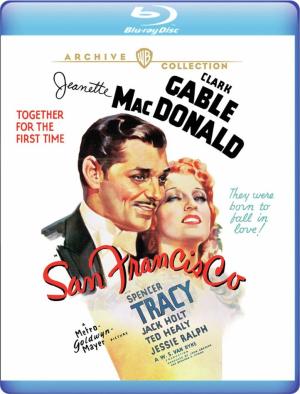 When you think H.P. Lovecraft you mostly think of Cthulhu, the TV series Lovecraft Country: The Complete First Season releases this week. Also available as a Best Buy Exclusive SteelBook. 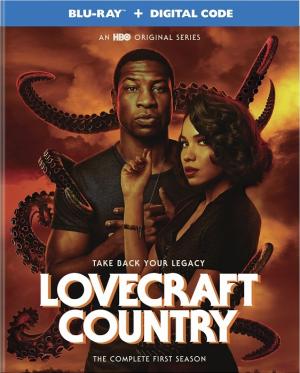 Mill Creek releases their February batch this week, they include Breach, Cowboy Way and The Net Double Feature.

Criterion Collection's release this week is a foreign film titled Mandabi, which no doubt has a following, and myself personally has never heard of, oh well.

LionsGate continues to churn out films during the COVID pandemic, this week look for Fear of Rain, a film of the Drama/Thriller category that no doubt might keep us on the edge of the seat til the end, and then still keep you wondering. Also look for The Informer this week as well, a different genre. And if you're wondering what Paul Hogan's been up to these days, check out The Very Excellent Mr. Dundee. 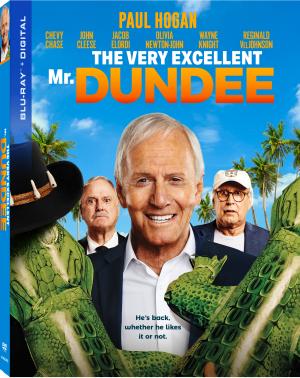 The randomness and consistency of Anime, this week look for Gourmet Girl Graffiti - Complete Collection, now back in print. Also back in print, Motto To Love Ru - The Complete Second Season. The next reissue of Jojo's Bizarre Adventure, this one subtitled Golden Wind Part 2 streets this week. My Hero Academia Season Four Part Two comes in two different options, a Standard release and a Limited Edition release. Naruto: Set 2 also comes out this week.

Universal releases a thriller this week titled Horizon Line. The synopsis makes me scratch my head however, how does one get totally lost within minutes of takeoff? Might be worth a look, but based on the trends, I doubt you will find it at your local stores. 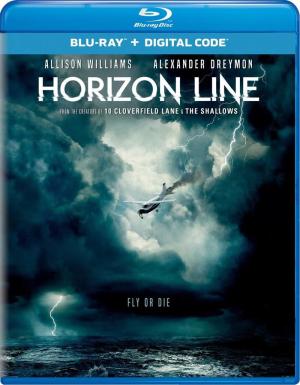 The Disney company has announced a release date for the animated feature Soul to be March 23rd. Of course as this is a new film, it will get a disc release. Disney seemingly ignores its vast Disney (and Fox) library that just itches for releases on disc, recently they released Upside Down Magic on DVD only, despite being available in HD online. Anyway, back to Soul, for 4K SKUs there will be a standard release, a Best Buy Exclusive Edition and a Target Exclusive Edition, as well as a Blu-ray/DVD Combo release. Our links will point to Best Buy as their dispute with Amazon continues indefinitely. Deep rumors are out overseas that Disney will be releasing Michael Mann's Heat, as well as the movie Speed on 4K disc this year. I hope it is more than a rumor, I like both movies and would buy them both. Still no True Lies or Abyss, but it shows the faucet might at least be doing a slow drip.

Warner Bros. announced DC Universe's Justice Society: World War II available as a 4K disc release as well as a Blu-ray release for May 11th. I sort of expect a Best Buy edition with figure to creep up as well. Also, Wonder Woman '84 has its final details posted and a confirmed street date of March 30th, both as a Blu-ray Edition and a 4K Disc. Not done with Warner yet, they also have announced the street date for Supernatural Season 15 as May 25th, but what makes this special is also the Complete Series mega-set they have announced as well. Check it out.

Shout Factory has announced their May slate of titles, which includes all of their various sub-labels. The titles are All About the Benjamins, City Slickers II: The Legend of Curly's Gold, Explorers, Eyes of a Stranger, The Final Stand, The Hand, He Knows You're Alone, King Kong (1976), The Legend of Hei, The Nest (2020) and Wildcats.

There are other 4K discs in the works from the major players as well (Sony, Paramount, Universal) which we will keep you in the loop on. Kino Lorber has also announced they are working on Orson Welles' Touch of Evil.

Which titles are you buying this week? Which ones are on your wishlist, be it to buy as an impulse buy or to wait for the right price? My list is a bit short this week. Finding any of these titles at local stores on anything but low-rez DVD will likely be pointless but ya never know. Am looking at A Call to Spy, Horizon Line, Lovecraft Country Season One and The Very Excellent Mr. Dundee.