Here it is, my penultimate CES 2016 highlights roundup. Following what I've already highlighted here, here, and here, I had meant for this to be my final set of CES 2016 call-outs, but then it got long and had to be split in two like one of those (shameful) franchise-concluding Hollywood blockbusters. Still, who doesn't like to think about new tech, what it can do, and what has been realized?

When Panasonic opened their CES 2016 presser with a car, it was one of those moments to reflect on how much CES has changed in recent years. Turns out that we all like new tech so much that we want it in our cars and in our (smart) homes. 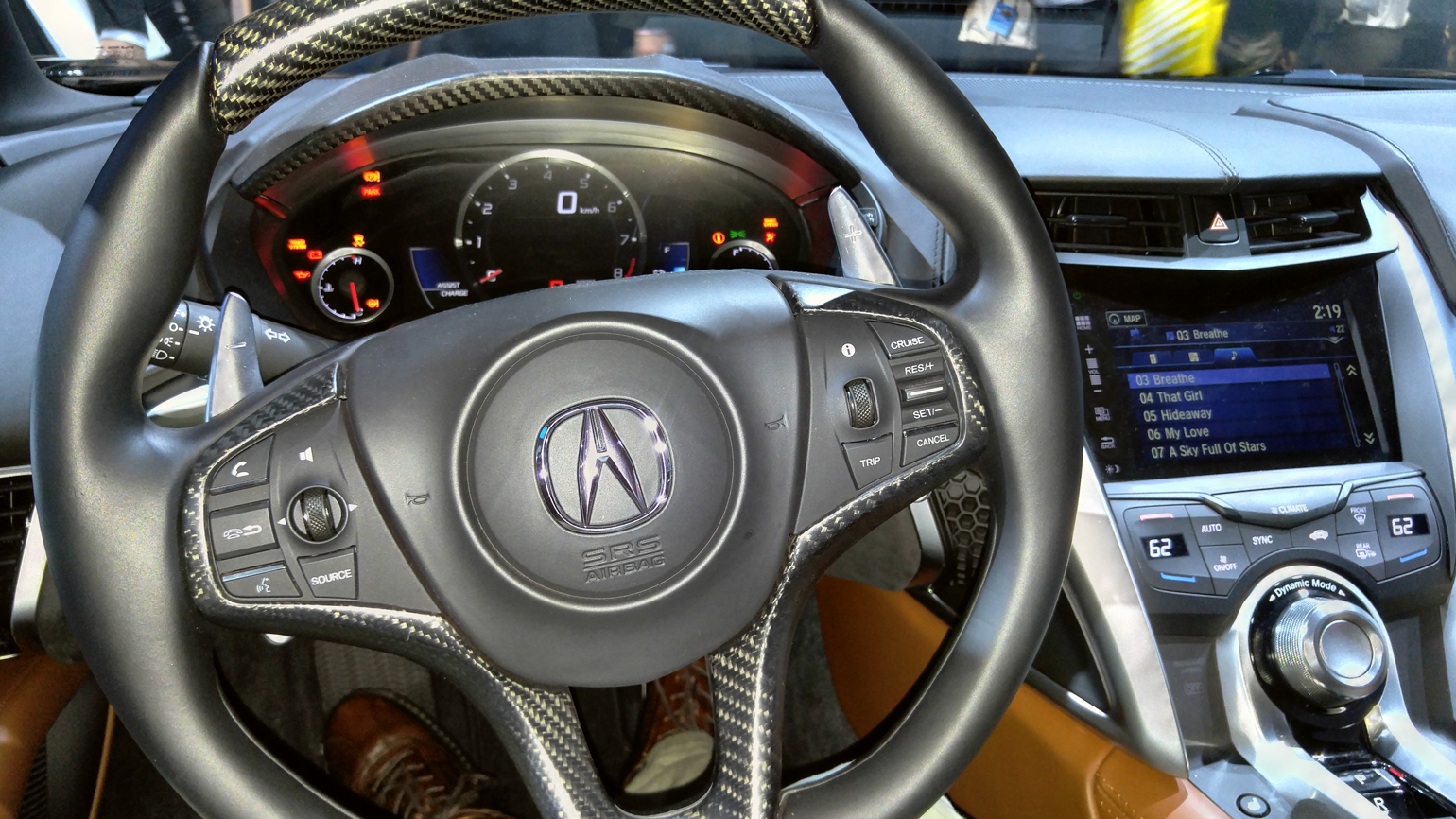 Fast forward, and I'm sitting in the driver's seat of the 2017 Acura NSX right in the middle of Panasonic's booth. As I shut the door, the din of the Central Hall is left behind. What follows is easily one of the best moments of CES 2016. It's not simply the relaxing and plush atmosphere of the car, but it's an ongoing discussion. With the NSX, ELS Studio and Elliot Scheiner approached the car with a very specific sound goal, eliminate any notion of car (tomb) sound and in its place, deliver an airy and open presentation. Panasonic has dubbed this idea as 'Acoustic Motion Control,' and I find this approach in some ways like trying to open up a closed headset. In fact, there are some very specific challenges and even advantages that come with the NSX. We all know that bass is supposed to blend in without a discernable directional component, but in a car, it's often far too easy to point directly to the bass driver. With a coupe, the bass problem is heightened. What ELS has done to unshackle the bass is to give it an infinite baffle that flows with the entire cockpit. At the same time, the system has an inverse curve that is meant to ensure that as the volume level is raised, the bass will stay in line. 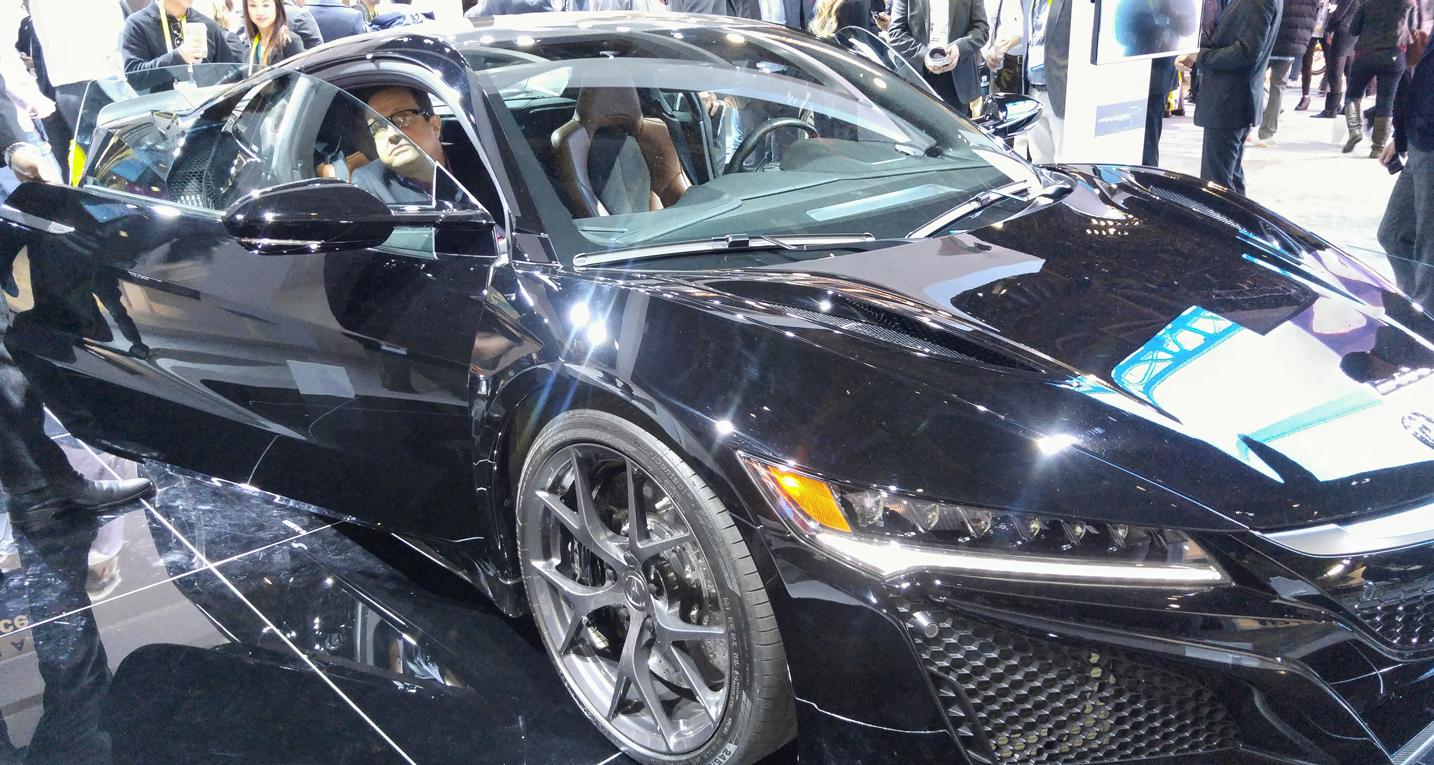 ELS also made sure that the separates that are spread throughout the car are screened with metal and not plastic, which as cars go, is usually a given concession. For this kind of extremely weight-conscious effort, I can only imagine that ELS had to push very hard in multiple phases to get their nine speakers in. Metal screens will deliver numerous benefits from day one on through the years of the system's life, but one very obvious benefit is that the tweeters are practically unobstructed. Those tweeters have been tuned and tuned and tuned again, all the way down the instrument line to ELS' best ears in order to ensure that the sound reproduction feels greater than the car's interior space. Placing a rear center speaker is a big part of achieving that effect. It's here where the two de facto listening positions can be exploited to their fullest effect, and this room-like presentation bore out as I sat in the car. I reveled in a sense of ensemble jazz while outside the car countless show-goers stopped and snapped pictures.

The NSX of course was not running during my time with the sound system. It's possible that the car, however quiet when running, could cut into that nimble sound presentation. Still, that demonstration, while certainly indulgent, was unforgettable. I recommend seeking the NSX out and trying on the ELS system at the first opportunity. 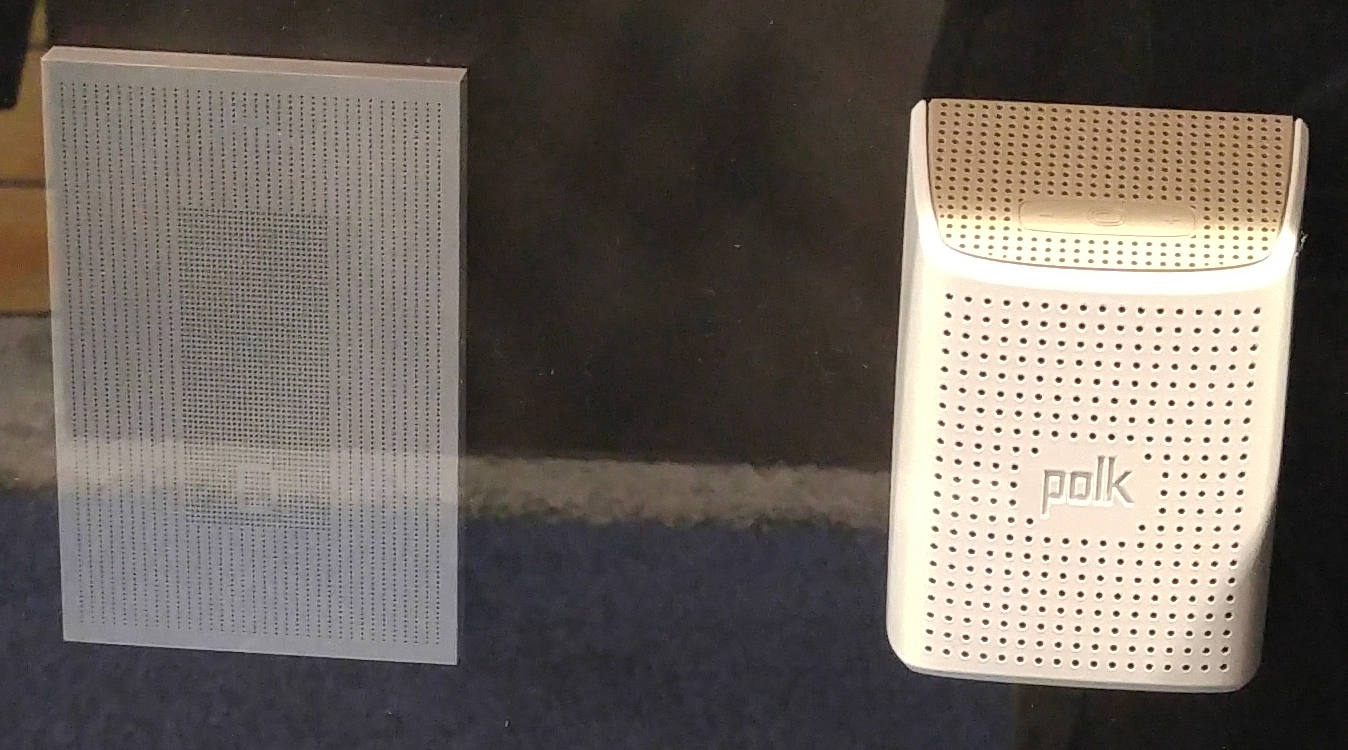 When discussing CES 2016, the conversation often turns to smart home tech. Invariably, I'm then brought back to two prototype speakers, one from Definitive Technology and one from Polk. The slim and rectangular Definitive prototype smart speaker brings to mind a light switch, and indeed, one idea for the device is that the user enters their home, and upon touching the speaker, the speaker not only begins playing music, but it also sets the nearby connected Philips Hue Smart Bulbs to the appropriate intensity for music listening. If, like me, the user tends to move between rooms all-too frequently while listening to music, the Polk smart speaker prototype can serve as a bridge. For example, while walking through a hallway, the Polk smart detects the user's movements and activates. Thus the music can carry from one room to another in a smart, on-demand fashion. These are really just basic ideas for prototype products, which admittedly are meant to augment homes in ways that are still being thought of, much less executed. That said, this is so much more enticing for me than being able to set my thermostat remotely or unlock my front door. 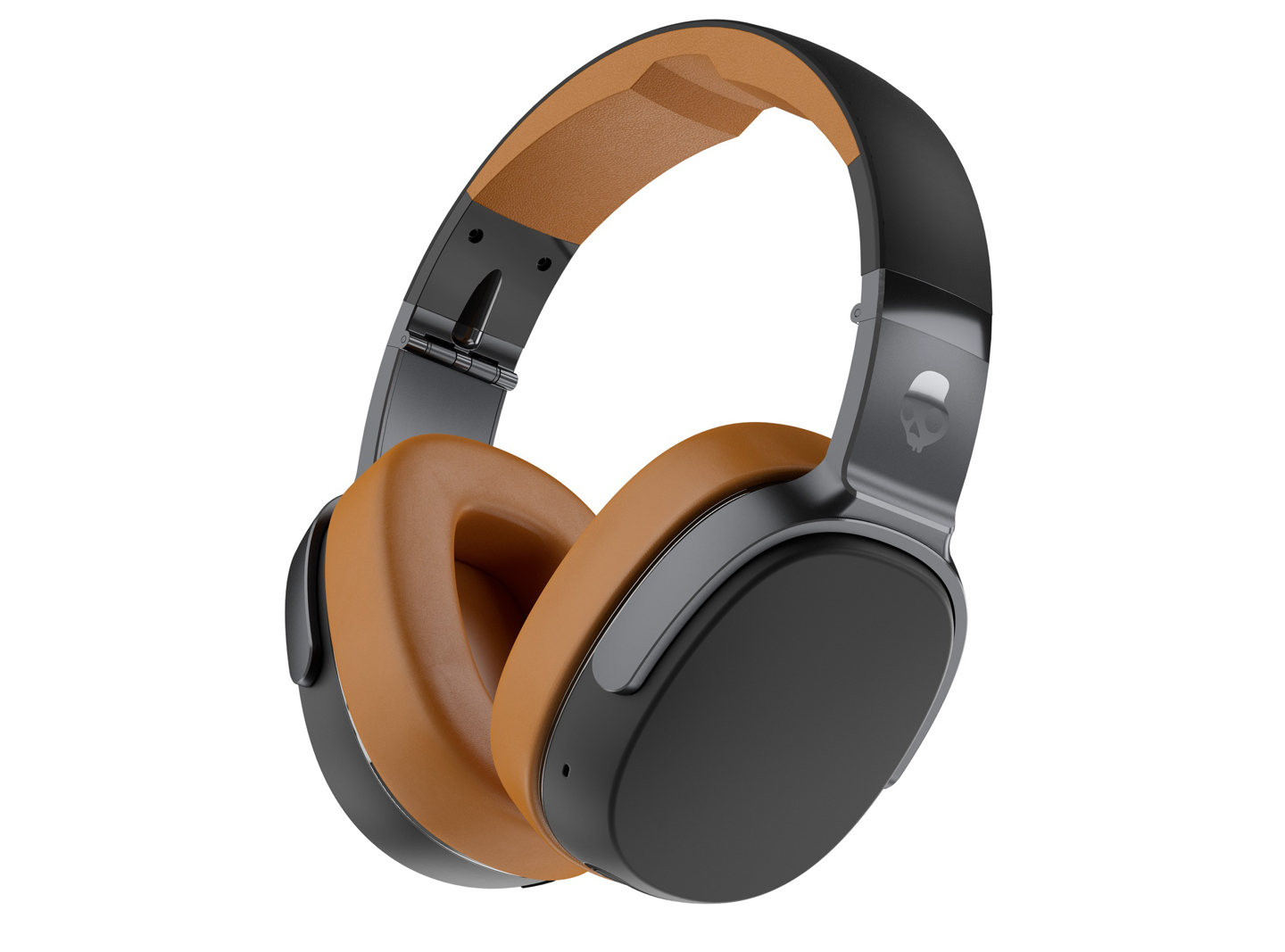 Skullcandy already has a bass-shaking Crusher on the market, but judging by the new prototype I used, the headphone maker has decided to refine and focus the idea. With the Crusher VRA (virtual reality audio), entertainment viewing and listening is front and center. What the headset does is convert certain bass frequencies into physical vibration via haptic bass response. However nonsensical that may sound, let me tell you, watching the YouTube trailer for 'Star Wars: The Force Awakens' with the Crusher VRA accentuating the sci-fi sensations made me a believer. Skullcandy is poised to set off a whole new category of headphones, and a Bluetooth variant of the original Crusher, the Crusher Wireless, is also inbound. The Crusher VRA lets the user dial in bass effect via modulated capacitive controls, and with the headset, playback of a high-energy concert has a feel that's not being offered elsewhere. The Crusher VRA has also been built to work on the go, and it features a 10 hour rechargeable battery life (minimum), collapsible design, built-in mic, and passive noise-cancellation. The prototype I used was still not even a pre-production model, but Skullcandy has assured me that the final version will have a nice build that extends to each aspect. 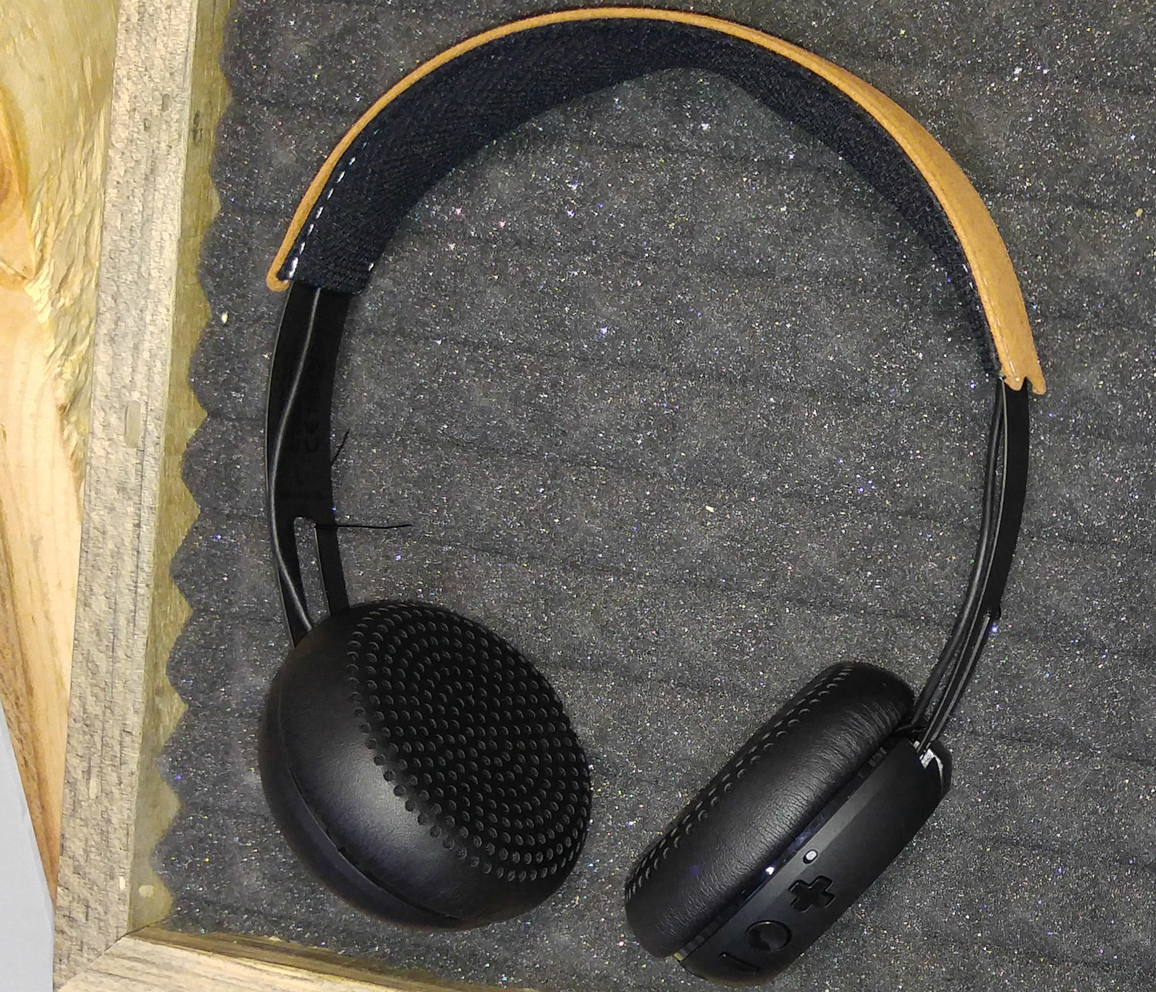 While the new Crusher made its case with me (in a plush Eames replica no less), Skullcandy has two products that will ensure their position in more traditional audio categories. The GRIND Wireless is likely the essential on-ear Bluetooth headset that everyone needs these days. Meanwhile, I love the go-anywhere IPX 7 waterproof Barricade line of Bluetooth speakers, the Barricade Mini, Barricade, and Barricade XL. 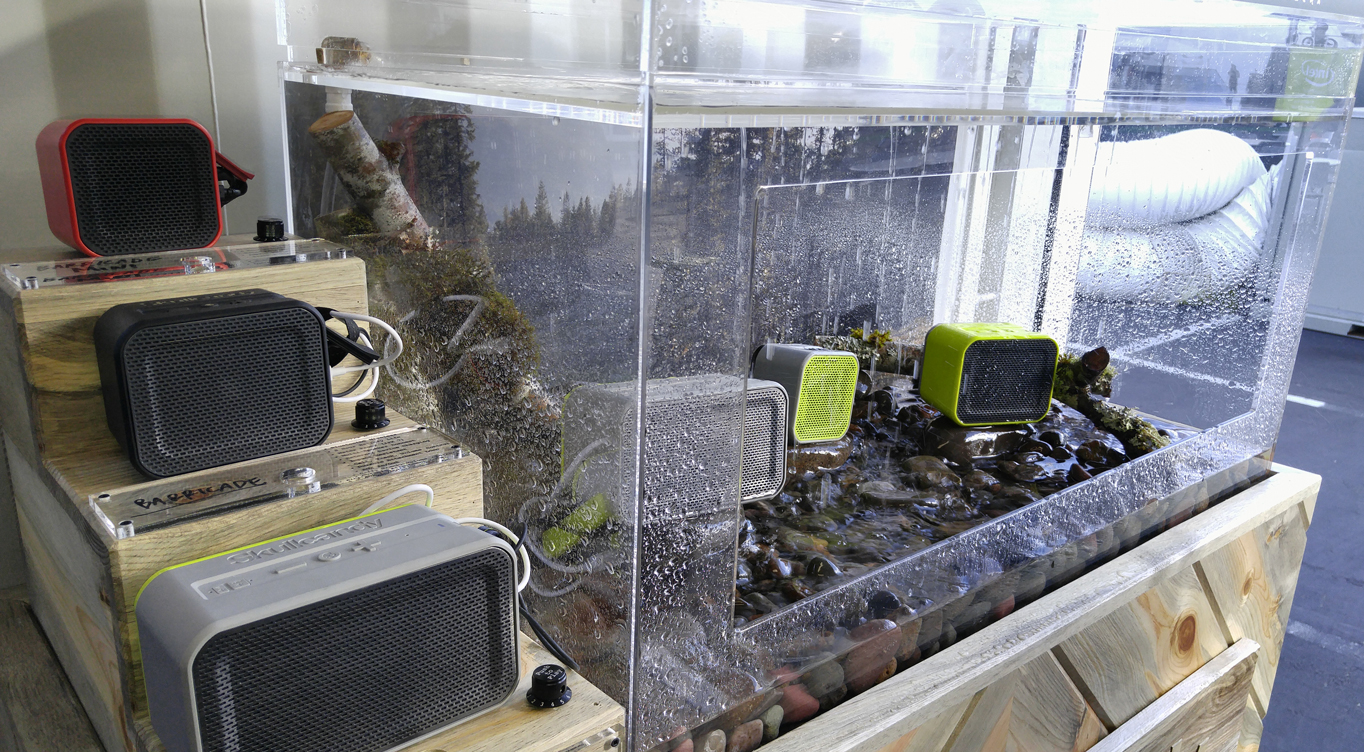 In theory I can drop a Barricade Mini into an ice chest of water, and still be able to rescue and use it. That should make sure having a Skullcandy Barricade outside when it starts raining doesn't become a panic-worthy moment. 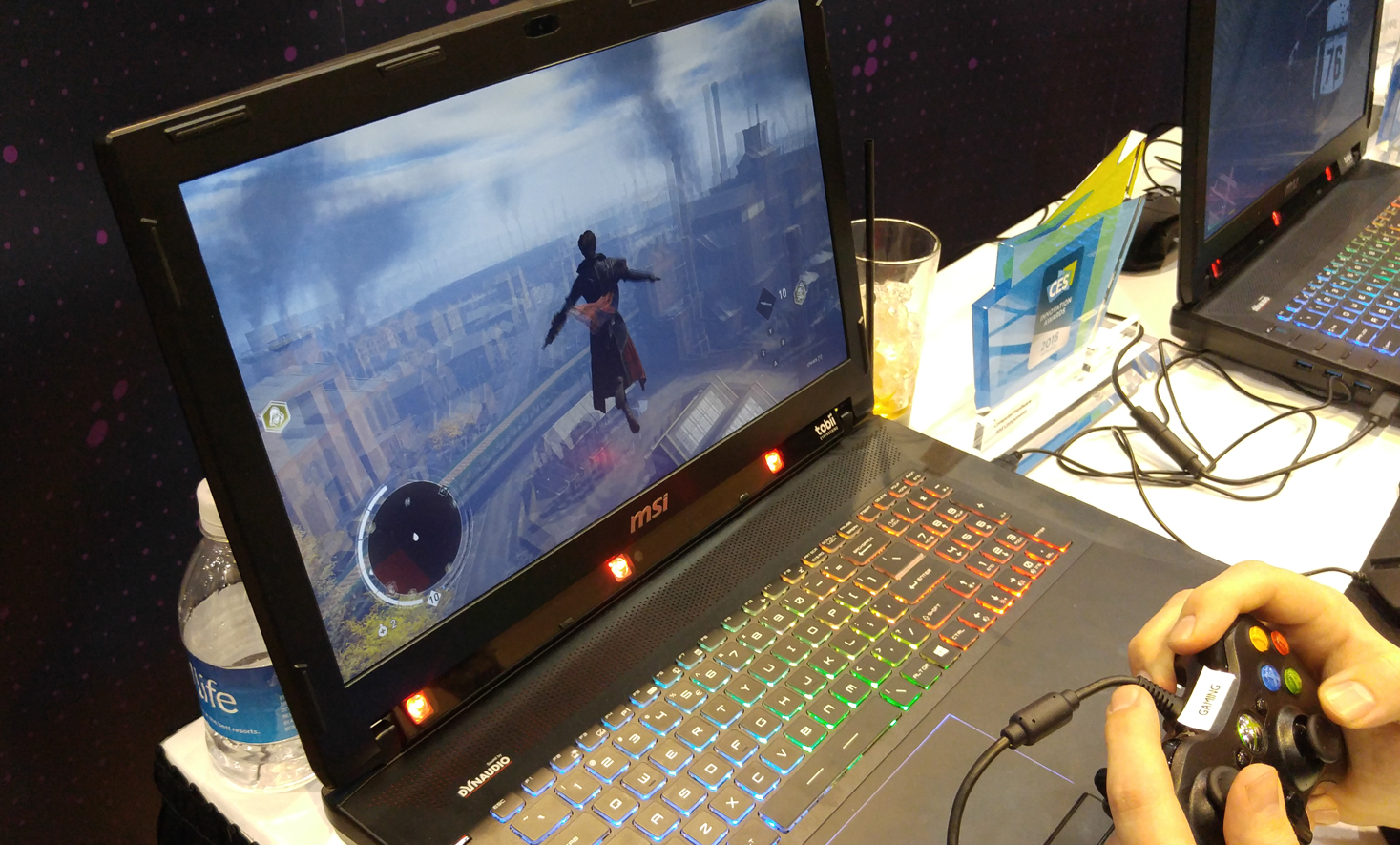 At CES 2016, Ubisoft, Tobii, and MSI came together to show off 'Assassin's Creed Syndicate.' Via MSI gaming laptops with built-in Tobii eye-tracking systems (the MSI GT72 Dominator Pro Tobii), I was able to take Evie and control her using my eyes and the EyeX Software. Well not exactly. I used a controller to walk, free run, interact, attack, and so forth, but through the eye-tracking, I was able to select targets (for interaction and combat). They had a debug feature which showed where my eyes were tracking on-screen regardless of targets, and I have to say that even in the hectic CES setting, the eye-tracking was impressive. The tech was featured in 'Assassin's Creed Rogue' before 'Syndicate,' and I was pleased to learn that adding it to the game was something that the designer could do without too much micromanagement from on high.

Next to the official 'Syndicate' Tobii support, there was a 'Grand Theft Auto V' mod built with EyeX. This tech-demo had me standing in the middle of an intersection and surrounded by cop cars on all sides. Looking out in a first-person view, the mod was set so that whenever I looked at an enemy, a rocket immediately fired from my head towards that enemy. No doubt, this kind of magical, rocket-powered fire-starting ability was plenty fun. It would be very interesting to see a whole game built to showcase this control method.

Reader response to CES 2016 has been excellent, and I wish the show was still going. The final set of highlights are still to come, so please come see if I ended up saving the best for last.