As day two of CES 2016 drew to a close, there were still plenty of meetings, demos, and displays on my docket. And of course, even with around the clock convening from last Monday through this Saturday, it's only possible to see a small percentage of what is available at the show. Heck, I haven't yet gotten to experience my 2016 Demo Disc from DTS, which features among other things a DST:X clip from 'Gravity.'

With that in mind, I wanted to put together a preliminary list of the standout sights and sounds from CES 2016. Anyone currently in Vegas ought to try to see these things, but fortunately, in many cases, these are products that can come home in the future… for the right price. 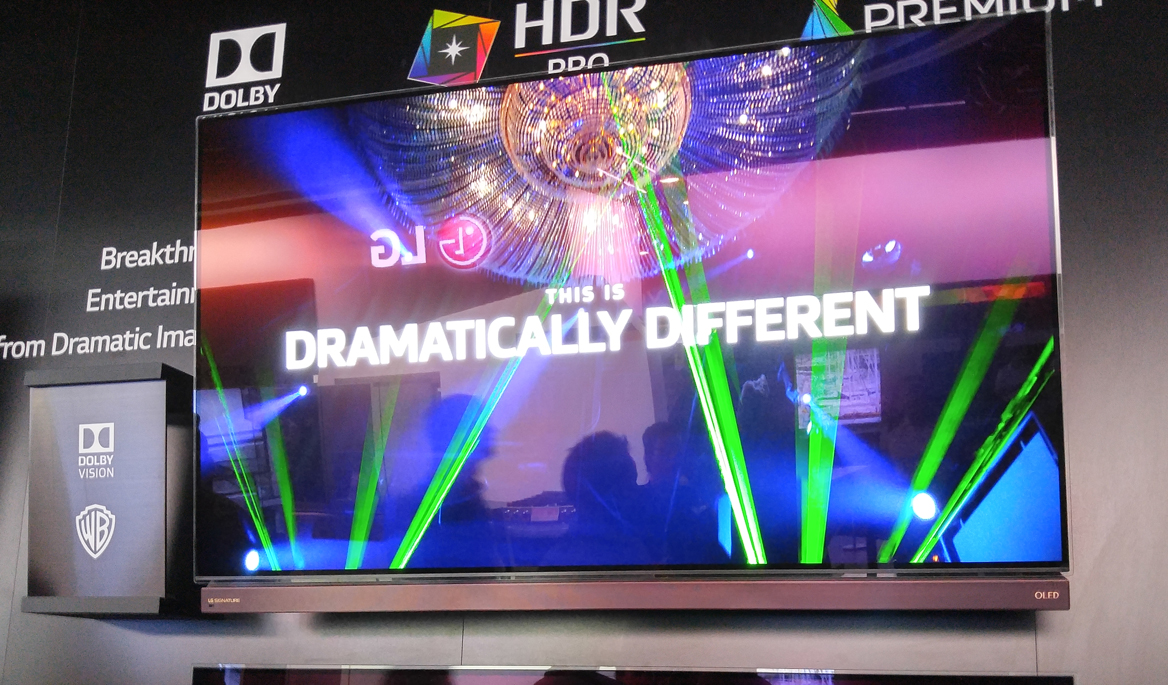 Just a year ago, the idea of experiencing Dolby Vision titles outside of a Dolby demonstration seemed like a far off and nebulous thing. Much has changed, but my experiences with Dolby Vision at AMC Prime, which were capped off in 2015 by 'Star Wars: The Force Awakens,' have only made my desire to get the tech in-house and begin a deeper study more intense. Combine that possibility with LG's OLED display tech and a new era of 4K, (while keeping the price on this planet) and the result is a TV well worthy of highlight. 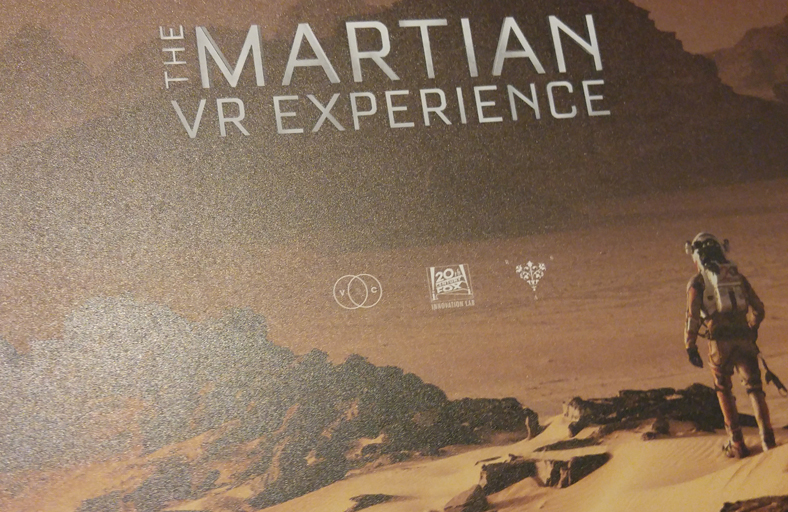 While this might be tricky to come by even here at CES 2016, 'The Martian VR' is well worth some serious effort to experience. What Fox Innovation Lab has done is take 20th Century Fox's 'The Martian' film, and boil it down to a series of vignettes that manage to enthrall the user while staying in the can-do ABBA world of Mark Whatney on Mars. I was able to pilot a Rover, harvest potatoes, shift some plutonium, and even deal with suit punctures (both intentional and unintentional) using both the latest Oculus Rift and Touch combo and the HTC Vive. (Heck, even the Gear VR got in on the action). 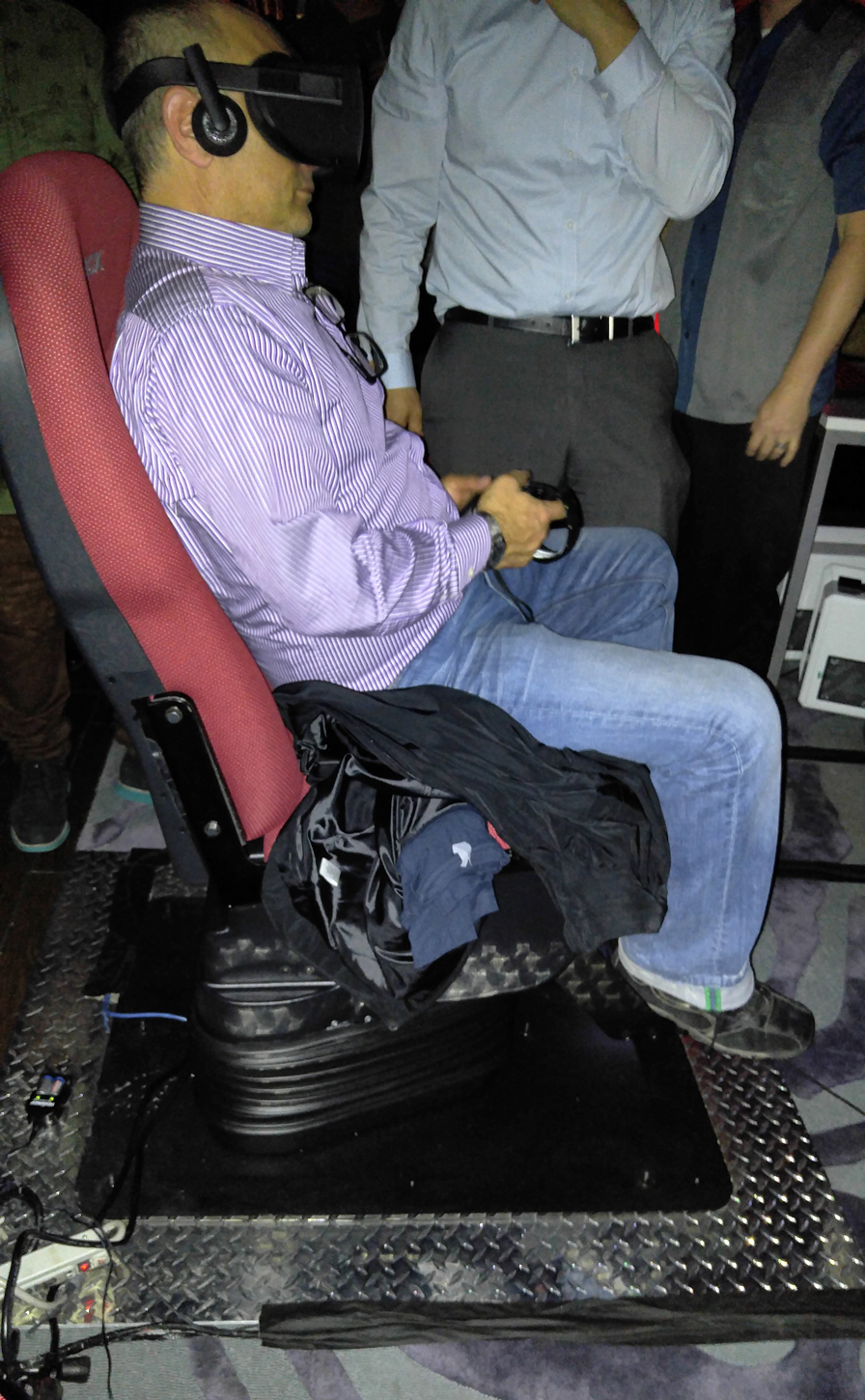 It's great to see the competing Rift and Vive being used side by side to deliver something worthwhile. Along with the headset, the sound, and the motion controllers, it's important to point out the effectiveness of the D-Box chair that made Mars seem rough and inhospitable. And yes, before you can say "Matt Damon," there was plenty of in-character Damon on-hand to help make this film and book derivative seem worthy of carrying the themes of the story. 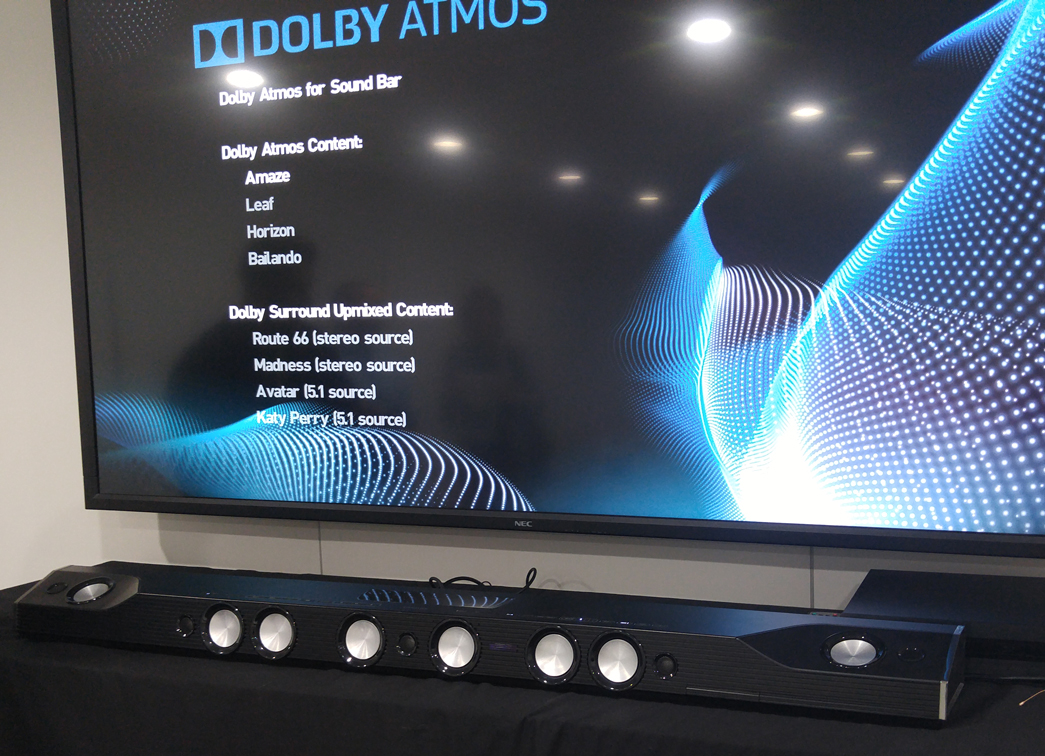 In a surprising move, Creative has introduced a two piece home theater solution that manages to not only imitate a proper five channel set-up, but also an Atmos set-up. While everyone with a toe dipped into home theater has heard a front channel solution try (and likely fail) to present a surround sound stage, I guarantee that hearing the X-Fi Sonic Carrier in person, whether with Atmos content or a conventional 5.1 source, will be effective enough to leave you looking around the room for hidden speakers in disguise.

The X-Fi Sonic Carrier is something of a halo product, with full aluminum construction and 17 functioning drivers which Creative is terming an 11.2.4 configuration. This piece of kit has its own smart suite of apps that are accessible via remote VPN. The prototype that I used was 550w, but the final version is rated at 800w. One key for this design is calibrating towards that specific couch sized sweet spot to really nail the surround presentation.

Unfortunately, my time with the Philips Fidelio Sound Bar was completely overtaken by the environment. 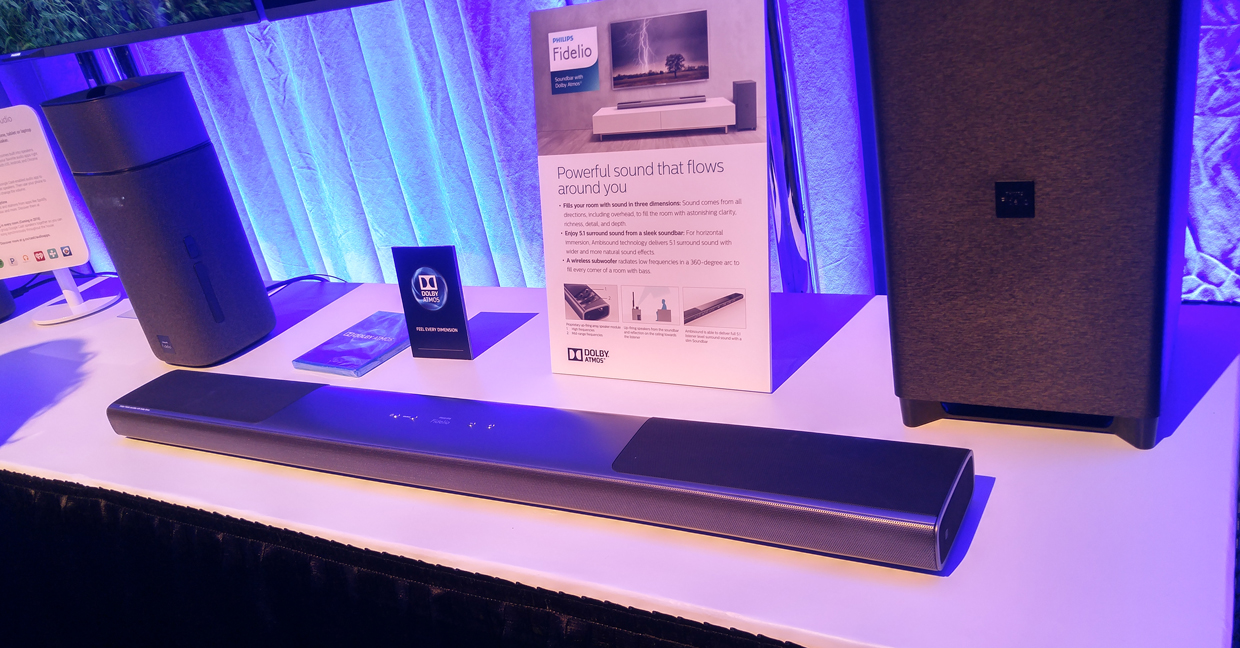 I had a better time with the Samsung HW-K950, and I can see users getting very exciting over the wireless rear surround/Atmos speakers.

I'm due to spend more time with the Samsung Ultra HD Blu-ray Player later on this week, but getting to handle the hardware briefly, to see Ultra HD Blu-ray in the flesh, should be enough to warrant the attention of any home theater fan.

Remember two years ago when 4K was too expensive, and too difficult to deliver? And then even early last year, the UHD Alliance existed on paper and nowhere else, and now there are Ultra HD Premium discs and TVs to enjoy. This player is the bridge, and the key to ensuring 100mb/s. 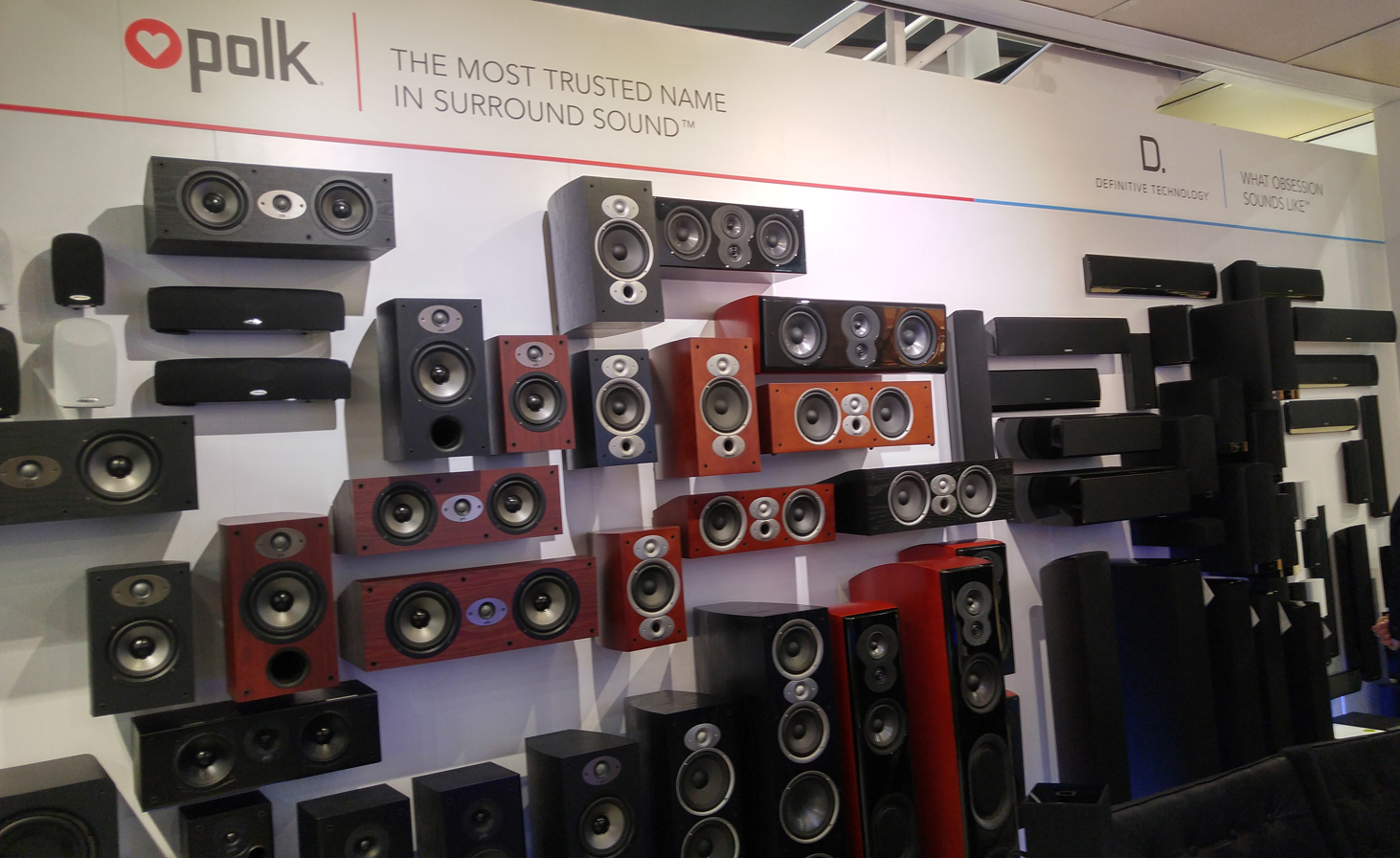 Polk is introducing a new line of marine application ready car audio products and they've had ICON put together a sexy FJ 40 to show them off. But nestled next to vehicle, and next to a lovely Definitive Atmos outlay, is the Polk Audio & Definitive Wall of Sound. The wall includes a full array of home theater speaker options, including some of my favorites from Definitive Technology. This is easily worth a pilgrimage into the Central Hall. 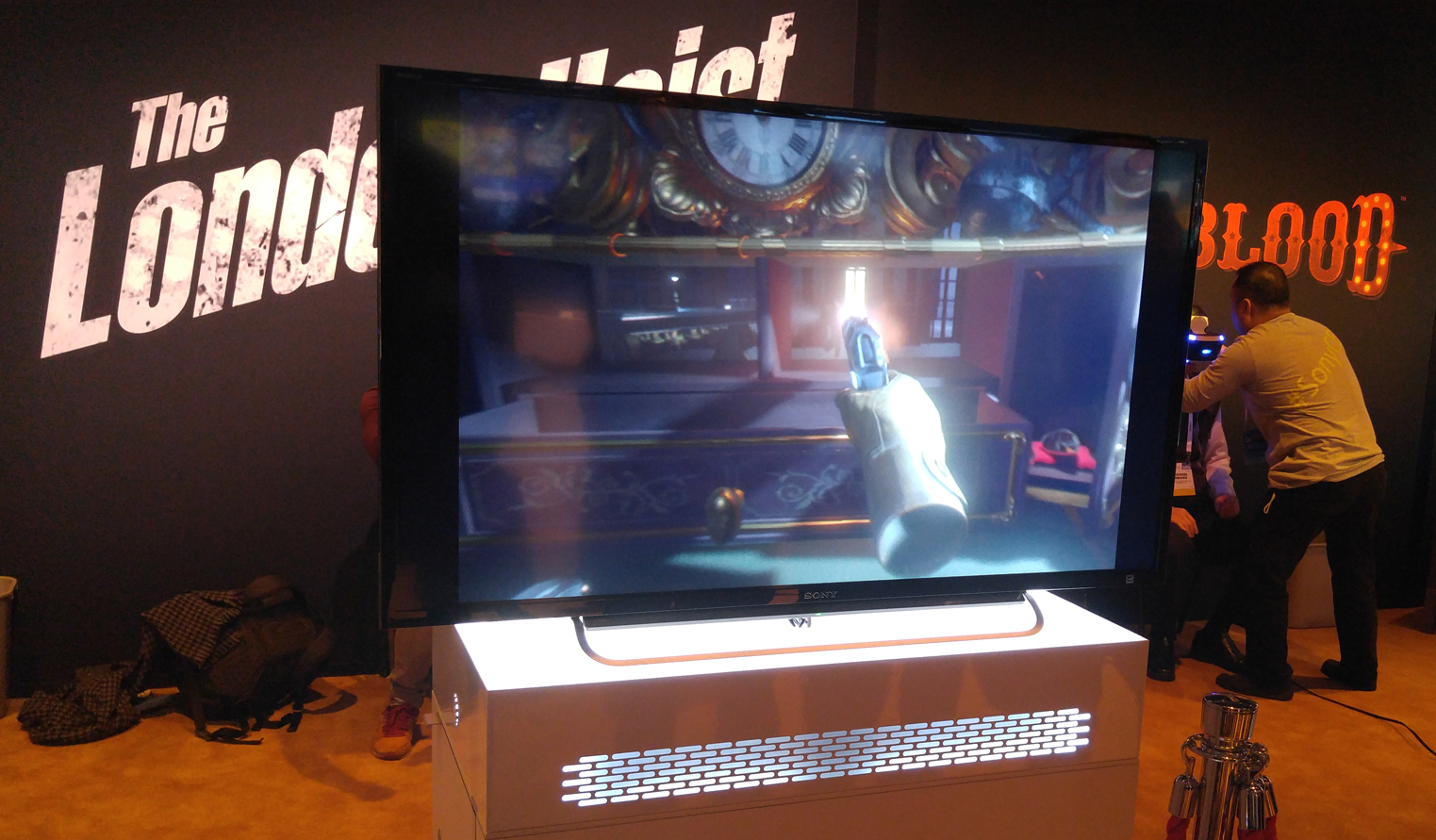 From Sony's London Studio, the latest version of 'The London Heist's interrogation flashback has the player caught in the middle of a jewel robbery. Forced to take cover behind a desk in a plush two level executive office environment, I grabbed the .45 and began eliminating the encircling foes. This is easily the best response from the PS Move controllers that I have seen, and I was able to make headshots while aiming through openings in the desk and around the various pieces of furniture that the enemies were hiding behind. Threading the needle with the gun sight while also being able to sort of manually load magazines made for a great 180 degree experience. 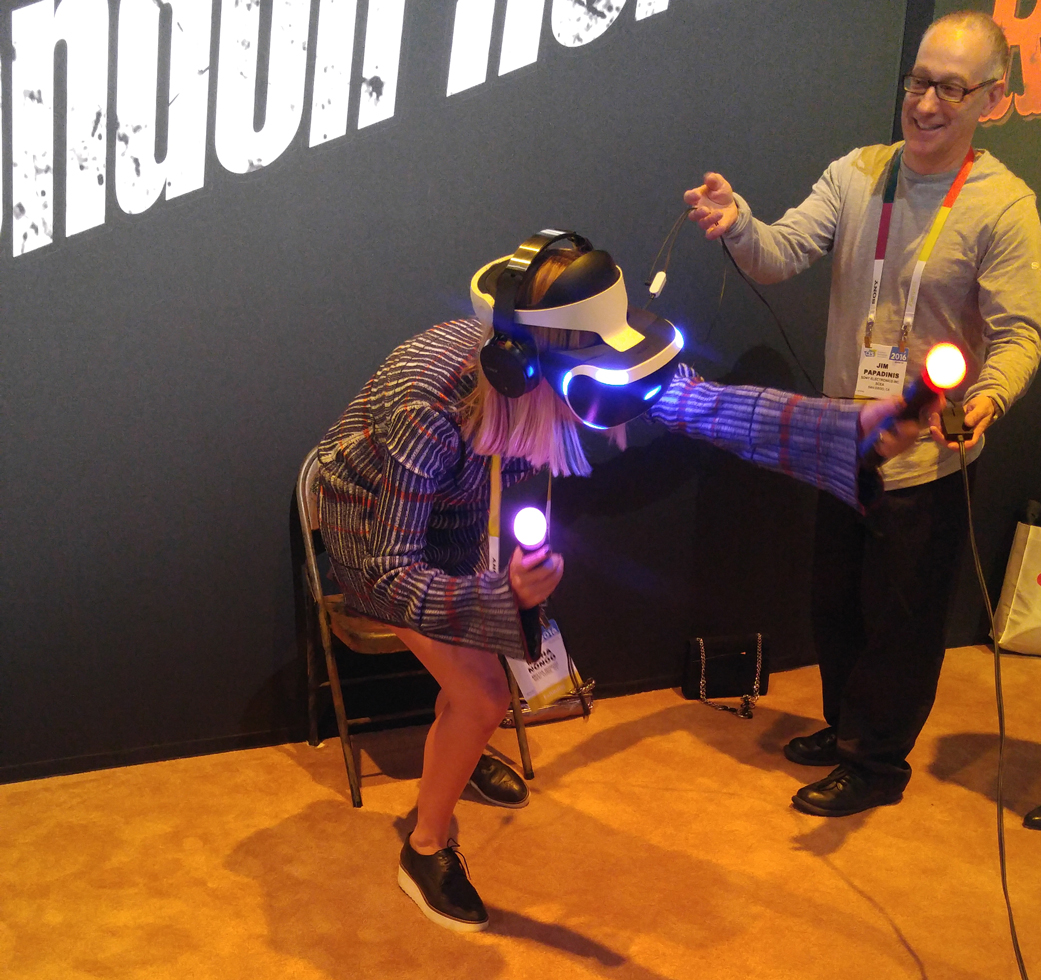 More importantly, getting to see so many non-gamers tackle this demo, ducking and shooting with such enthusiasm, goes a heck of a long way towards making the PlayStation VR seem like an eventual success whenever it releases. 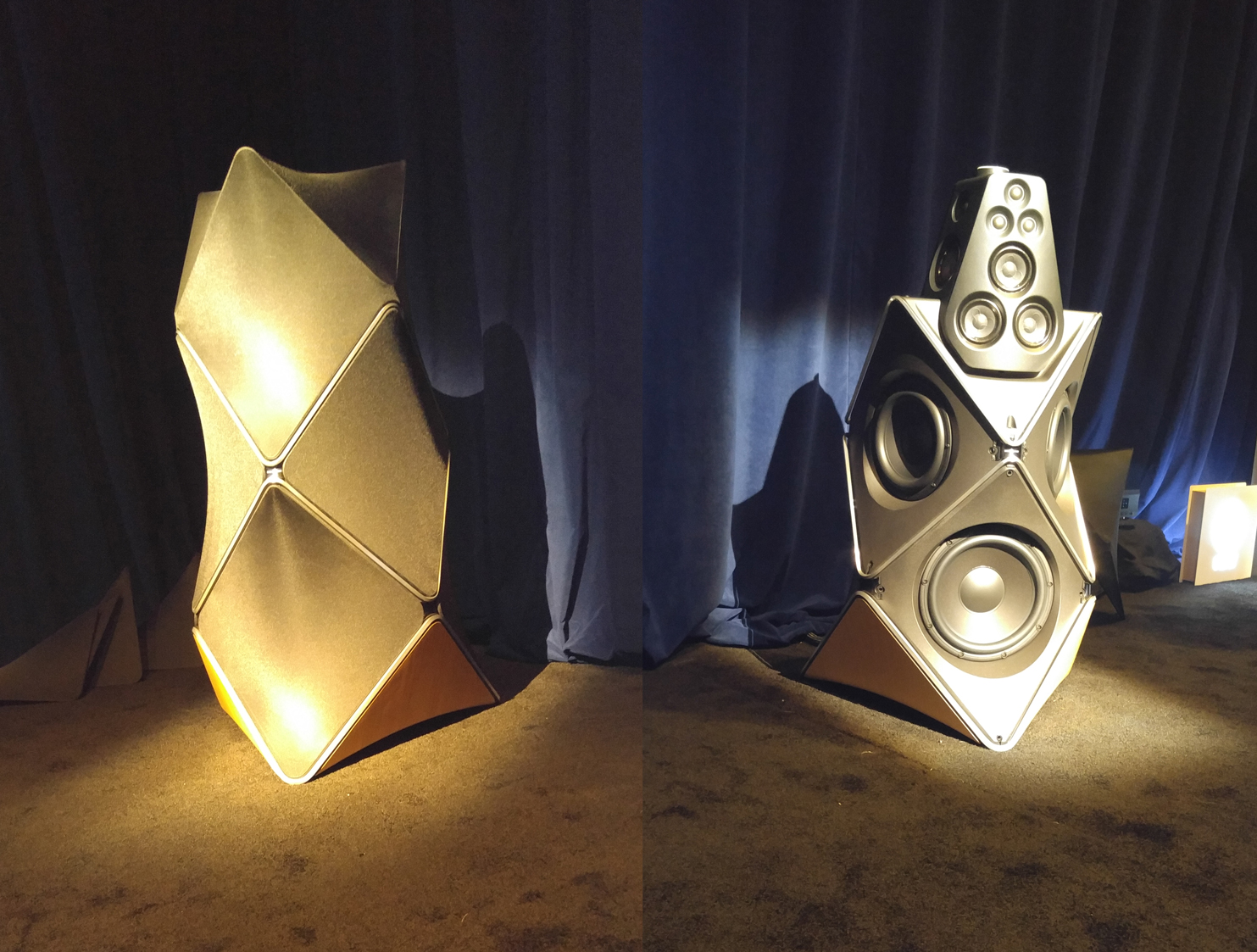 Bang & Olufsen wants people to invite the BeoSound 35 into their living rooms, and indeed it is a work of art. A single piece of brushed aluminum makes up the primary housing and gives the wireless sound bar its excellent three position shape. 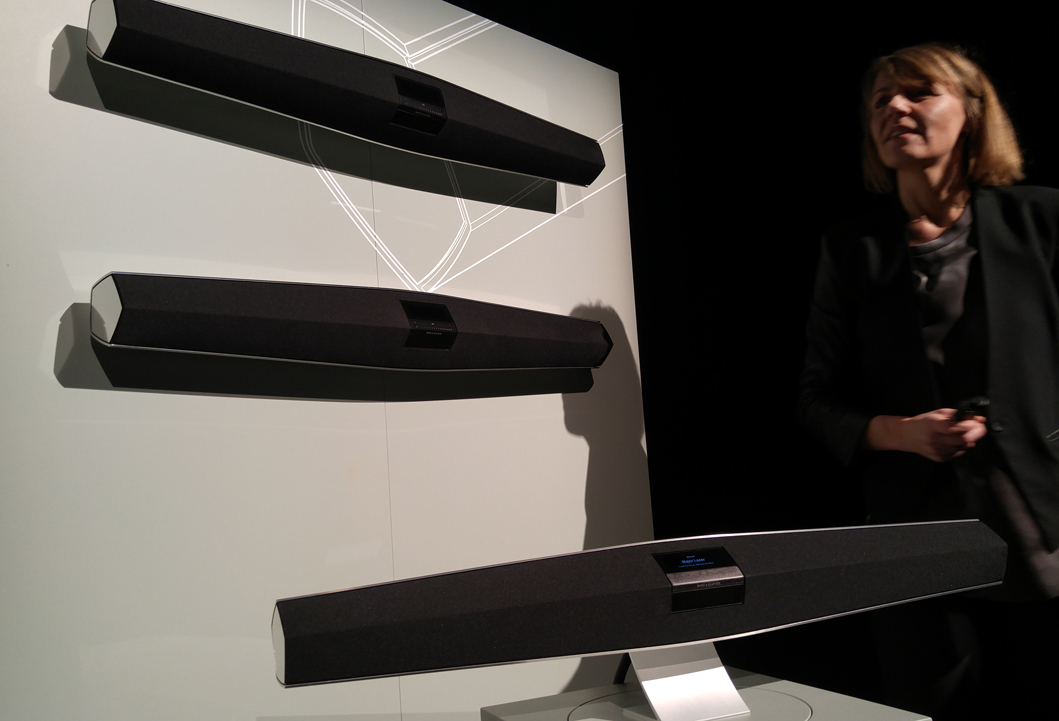 But it's no shame that a nearby pair of BeoLab 90 speakers stand so prominently over everything in their vicinity. This 8200w, $40K speaker can be used to fill a room, but is meant to focus on a sweet spot. Having two of these exquisite pieces focused on me made for a smooth, powerful sound that will likely standout in my memory for the rest of my life. For those who can indulge, I strongly advise doing so. 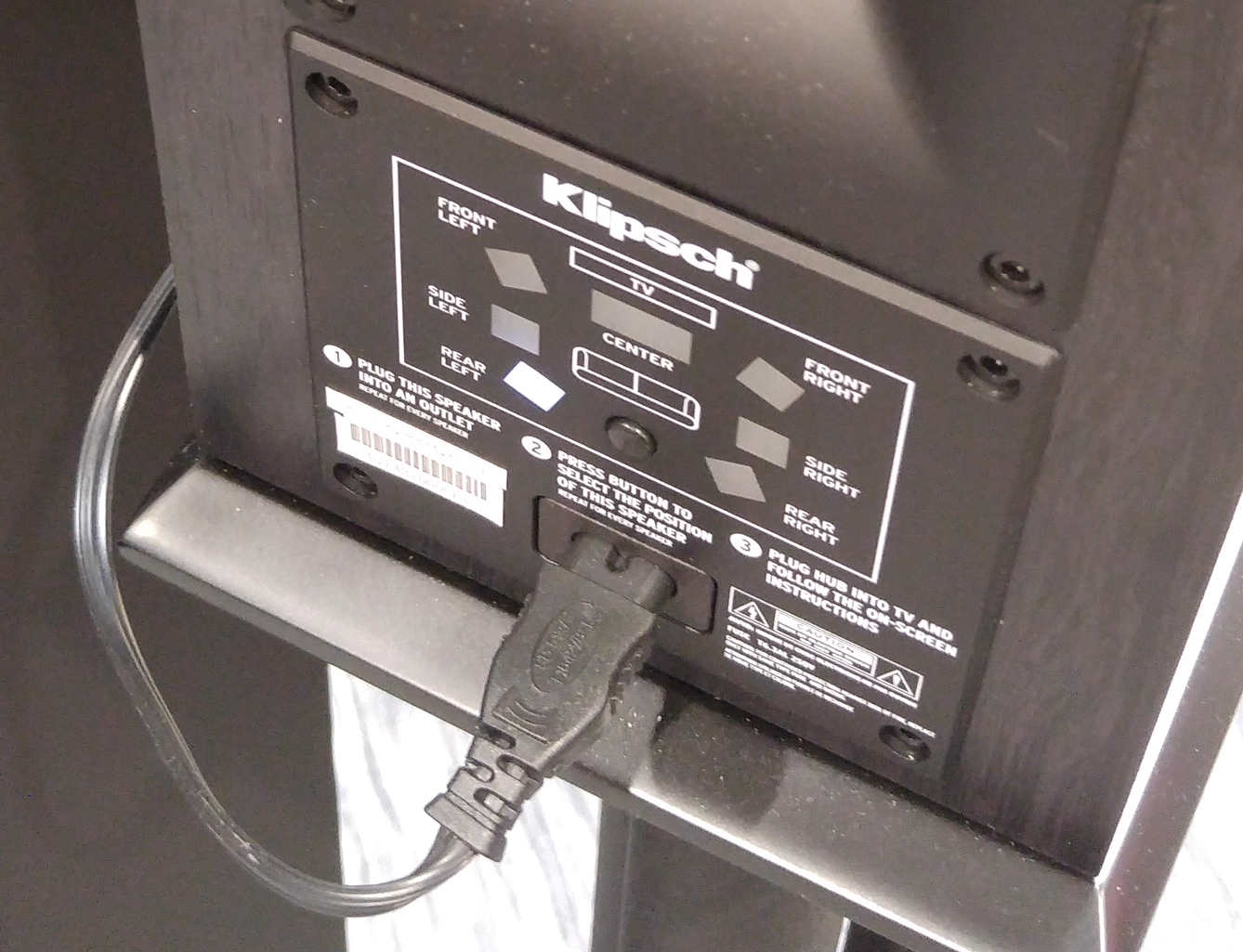 Coming back to earth, and one of last year's impressive debuts, the Klipsch Reference Premiere HD Wireless is ready to roll. For that full-on 7.2 set-up, I'm not sure that Klipsch can be beat in terms of simplicity and wireless quality. For years, I've been trying to come up with a plan to replace my dad's home theater with something capable, but still easier for him to both use and (equally important) set-up. The plug/sync/done for each speaker alleviates the user from dealing with speaker connections, and from dealing with the challenges (love ya dad) of an AVR. Klipsch is talking about giving buyers new features both through firmware updates and through a new HD Control Center whenever the time is right. As simple as I make it sound, checking it out in person ought to make it seem even simpler.

As I stated in the open, this is just a part of what I've seen that is significant. I've got more to see, and even more to write about. CES 2016 has been a joy in Audio, Video, and VR. To be continued.