How is the month treating your wallet so far? Thankfully there are no Prime Days or such. But I did see Target and Best Buy were doing 3-day events last week, which could have potentially stretched you a bit thinner.

Welcome to Volume 2 Episode 22 of our weekly release guide. A look at the highlights of what's coming to disc this week, as well as a look at announcements from last week.

There are quite a few skus to consider this week. Probably the most 4K discs we have ever listed in a single week.

First of all, for Import Monday, BFI releases ‎ Ingmar Bergman's 1957 drama The Seventh Seal. If you opt to hold off, Criterion Collection did do the previous two blu-ray releases, maybe they will come up with a 4K release soon.

From Warner Bros, DC Animated Injustice, available as a standard edition and as a Best Buy Exclusive SteelBook.

Next, from Universal Pictures comes M. Night Shyamalan's Old. Going with the common theme, available as a standard edition and as a Best Buy Exclusive SteelBook. I don't mean this negatively on Shyamalan, but I am wondering when I will see the day when I fully understand his films. I've seen them all and always get that feeling in the end. Maybe that's what ultimately makes them good, the suspense or unexpected twist at the end? 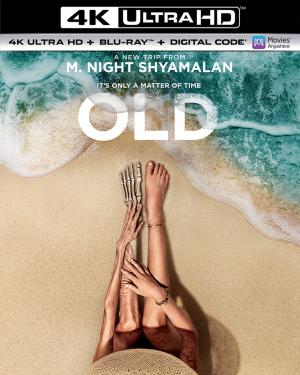 From Paramount, the next film in the G.I. Joe saga, Snake Eyes: G.I. Joe Origins. Available as a standard edition and as a wide-release SteelBook edition. Bet you thought we were going to say Best Buy Exclusive again. You can also get all three G.I. Joe movies in a single collection as well. 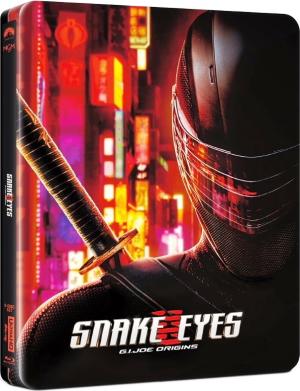 The final new release 4K title this week and comes via LionsGate is The Protégé, and no, I'm not talking about a sedan by Mazda.

Ok then, moving to catalog titles, and what a variety to choose from. Let's tackle the list alphabetically...

From LionsGate, Apocalpyse Now: The Final Cut gets a Best Buy Exclusive SteelBook release. Not sure I care for the cover, I do realize the excess orange color is likely modeled after the movie poster.

Synapse Films brings us Demons I & II as a single 4K set. Two movies in one set, thus the higher MSRP, bet this one is a great release. 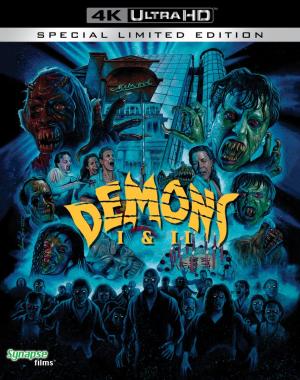 Miramax's first 4K disc entry debuts this week, Wes Craven's Scream gets a standard release as well as a wide-release SteelBook edition. This film spawned a bunch of sequels and a bunch of parodies with sequels. Be honest, did you not buy all of them on DVD or blu-ray in the past?

Last but not least in the catalog titles list this week, The Silence of the Lambs gets a release by Kino Lorber Studio Classics. They did a fantastic job with Hannibal and according to our review, a great job on this one as well.

If you saved any money after exiting the 4K zone, the blu-ray zone is a little bit busy too.

Just like we do every week, getting the blu-ray counterparts from the above releases out of the way first. Warner Bros. releases Injustice, Universal releases Old, Paramount releases Snake Eyes: G.I. Joe Origins as well as the 3-movie collection, plus a new release of Scream, LionsGate releases The Protégé and Synapse releases Demons I & II.

LionsGate also has Joe Bell for purchase this week, a 2020 Biography/Drama. An odd genre combination, a romance/sci-fi titled Needle in a Timestack. The latter is available in 4K on digital, but not on disc. Grrrrrr. 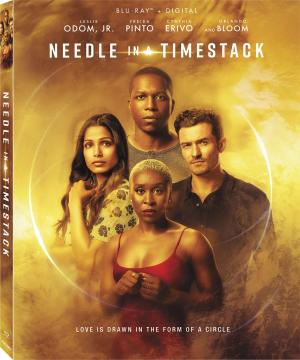 Criterion Collection's releases this week include The Incredible Shrinking Man and Ratcatcher.

Barring any last minute delays, Yokai Monsters Collection from Arrow Video should reach us this week. I say this because I still have not gotten my ship notice. 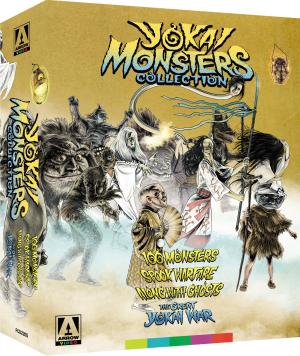 Warner Archive's next entry to the blu-ray catalog is Mad Love. TV from Warner Bros, the much anticipated Smallville The Complete Series and Superman & Lois: The Complete First Season.

From Disney/20th Century Studios, a horror/thriller titled The Night House. 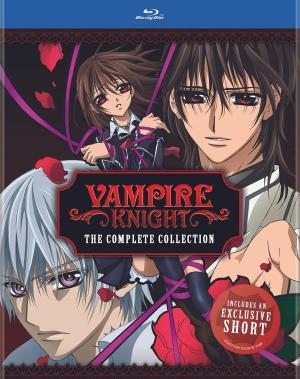 Going with 88 Films, Indicator/Powerhouse Films will also be releasing titles in the U.S./Canada markets. This is exciting news because it means access to more films not currently available in the U.S. market.

Blue Underground's 4K releases of Maniac Cop 2 and Maniac Cop 3 have been pushed back a month to November 16th. Maybe that's good for us with as busy as the week is for other 4K titles.

Paramount Presents title The Sheik has been delayed to November 2. Amazon has not caught up to this fact as of yet.

Criterion Collection's January titles have been revealed. They are A Hard Day's Night 4K, The Piano 4K, The Piano, The Celebration, Dick Johnson Is Dead and Time.

Call this 'little things' or 'baseless wishful thinking'. Disney's D23 site is promoting the 1986 film Aliens, which in itself is random and odd. Could it be a 4K is coming soon? Does the current transfer live up to specs or does it require time out from James Cameron's busy Avatar schedule to approve it?