Hope you survived last week's volley of 4K releases, there certainly were a lot of choices and a little for everyone. With Black Friday coming, are you hoping for anything specific? I'm still looking for a decent Atmos all-in-one 9.1 or 11.1 receiver but I doubt that it will ever be on special! Ever since I switched to Denon I've become pretty brand loyal.

Welcome to Volume 2 Episode 27 of our weekly release guide. A look at the highlights of what's coming to disc this week, as well as a look at announcements from last week.

With Black Friday upon us, we only get an ever so slight reprieve on 4K releases.

In this category this week, it's is actually dominated by Criterion Collection releases. The Orson Welles classic Citizen Kane leads off the list, along with Menace II Society and Adam Sandler's Uncut Gems. The latter is yet another recent LionsGate release that they did not give it a 4K disc but that has since been remedied by another company. As mentioned last week, Citizen Kane is getting a UK release in a few weeks by Warner Bros. It comes in a special 80th Anniversary Release that's loaded with swag. Based on current prices though, the UK release would be for huge fans on the film. 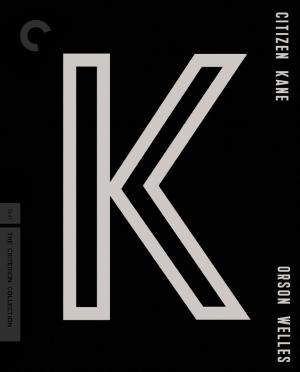 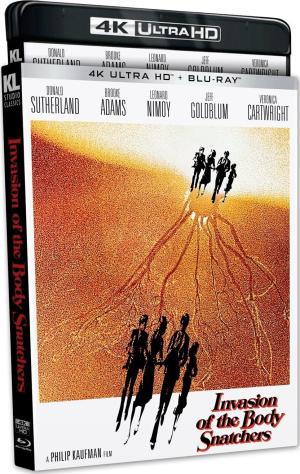 Delayed but now on track, The Addams Family movie debuts to 4K disc. Additionally, The Ten Commandments (1956) gets a SteelBook package this go round.

LionsGate offers Terminator 2: Judgment Day in a SteelBook release, no doubt the same discs in a different package. I might lose a few karma points here, but I much prefer the color timing of the 4K release over previous releases. Maybe there is a bit of excess dnr scrubbing, but unless you sit three feet from the screen, this presentation looks quite pleasing.

Delayed, and if delayed again I won't mention it on future release guide highlights, The Hills Have Eyes (1977) gets the fat-pack treatment.  Standard editions of The Bird with the Crystal Plumage and The Cat o' Nine Tails also come via the previously delayed category. 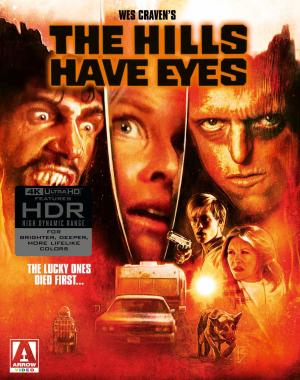 Every year Vinegar Syndrome releases titles on Black Friday, specifically on their site. This year Flesh For Frankenstein - 3D & 4K gets an exclusive release. They also have indicated a couple of surprises will be revealed for that day. Of course each release eventually gets a general release a couple of months later if you're not inclined to purchase direct.

Somewhat lighter week for blu-ray releases. As always, getting the blu-ray counterpart(s) out of the way first. In this case, all are Criterion Collection releases, look for Citizen Kane, Menace II Society and Uncut Gems.

LionsGate's weekly appearance is brought to you by the letter "A" and includes an action/thriller titled American Night and a Western themed Action/Adventure titled Apache Junction. 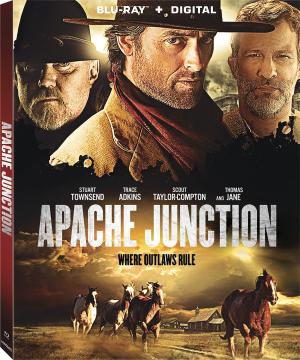 Leslie Nielsen's comedy Dracula: Dead and Loving It comes to us via Shout! Factory. Described as a 'grand scale World War II movie,' The Eight Hundred sounds like it is certainly worth a look.

With the string of delays and possibly just bad luck, Arrow Video is currently set to release Phantom of the Mall: Eric's Revenge and Sailor Suit and Machine Gun this week (fingers crossed.) There are a couple of other titles as well scheduled for this week, but they've been listed a couple of times in previous articles and definite dates are up in the air. 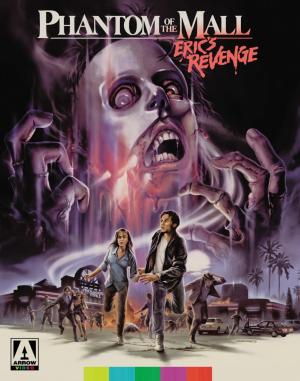 Quiver Films brings us The Woody Allen Collection (1994-2003), a cost-effective way to own nine of his films in one box set.

Anime highlights are Boruto: Naruto Next Generations - Set 11 (The Mujina Gang), Girls und Panzer das Finale - Part 2, Haibane Renmei - The Complete Series, RWBY: Volume 8 and That Time I Got Reincarnated as a Slime: Season One as a Best Buy Exclusive SteelBook until January 25th. There are several more SteelBooks of this nature lined up for future dates. 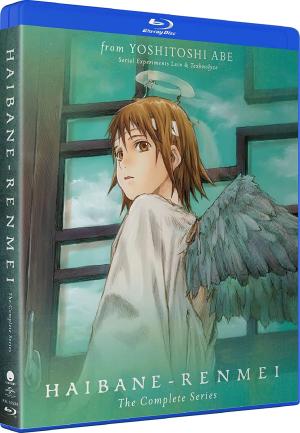 Honorable mention: Kino Lorber is on track to release the series Night Gallery starring Rod Serling. Season One can be purchased this week.

Friday release include a bunch of Imprint Films Limited Editions and a concert disc.

>The The: The Comeback Special

Post holiday announcements are generally a bit light, no doubt because buying during that period is light as well.

Both FUNimation and Sentai Filmworks have revealed their February slate of titles. The list is quite extensive, but some of the highlights are Onyx Equinox - Complete Collection, NANA - Complete Collection [SteelBook], Samurai Girls / Samurai Bride - Complete Series, Attack on Titan - Final Season - Part 1 (also available in a Limited Edition), By the Grace of the Gods - Season 1 (Also available in a Limited Edition), Higurashi: When They Cry GOU - Season 1 Part 2 and Sleepy Princess in the Demon Castle. Order links will crop up as they become available. Viz Video also is offering Tower of God on January 18th.

The next Vestron Video Collector's Series blu-ray release will be Candyman: Day of the Dead. Expect it on January 18th.

In the shipping delays department, I just got an email from Amazon indicating that Evolution will be arriving by January 17th. With a November 9th street date, I would say they either have a broken street date or serious supply issue. The Macgyver collection which was due on November 2nd also appears to be in limbo. I am not angry, I get it that there are supply chain issues, but a more realistic delivery date up front might have been nice.