After a successful run in theaters and on HBO Max, the latest adaptation of Frank Herbert's classic science fiction novel will come to physical media on January 11th, 2022.

Warner Brothers today officially announced Denis Villeneuve's 2021 adaptation of Dune for Blu-ray, 4K Ultra HD Bluy-ray - with a Best Buy Exclusive SteelBook. As of now we expect the base HDR10 grading - no word on Dolby Vision or HDR10+, but both the 4K disc and 1080p Blu-ray will have English Atmos audio tracks with the same set of bonus features. 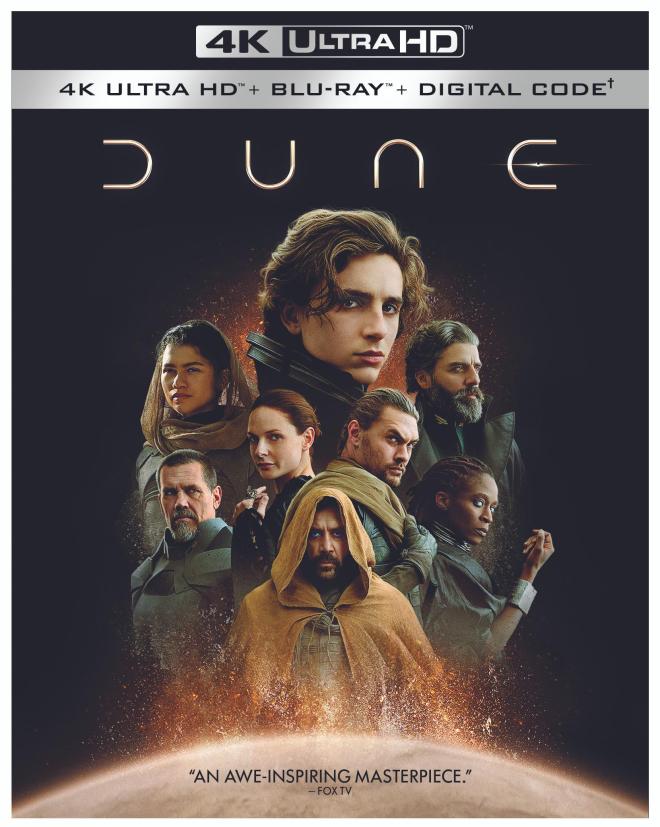 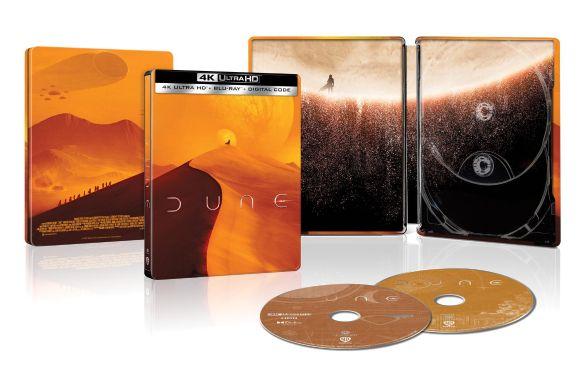 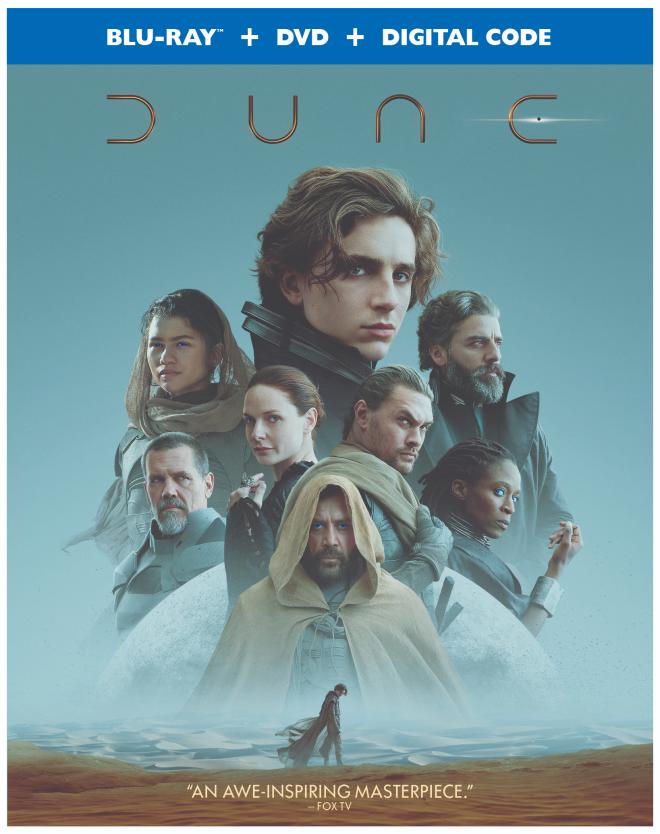 The 4K and Blu-ray releases are expected to include the following bonus features:

At the moment, neither the standard 4K disc, the Best Buy SteelBook, or standard Blu-ray are up for pre-order but in the coming days, we expect that to change. As soon as we get that info we'll update our listings ASAP.

Thanks again for your pre-orders! They really do go a long way towards helping our little operation stay up and running.

Here is the full press release from Warner Bros.

“An astonishingly vivid vision of the future.”

“Dune” tells the story of Paul Atreides (Timothée Chalamet), a brilliant and gifted young man born into a great destiny beyond his understanding, who must travel to the most dangerous planet in the universe to ensure the future of his family and his people. As malevolent forces explode into conflict over the planet’s exclusive supply of the most precious resource in existence—a commodity capable of unlocking humanity’s greatest potential—only those who can conquer their fear will survive.

Movies Anywhere is a digital movie platform that enables movie fans to discover, access, and watch their favorite digital movies in one place. Movies Anywhere brings together a library of nearly 7,500 digital movies from Sony Pictures, Twentieth Century Fox Film, The Walt Disney Studios (including Disney, Pixar, Marvel Studios and Lucasfilm), Universal Pictures (including DreamWorks and Illumination Entertainment) and Warner Bros., and will continue to expand the consumer experience as more content providers, digital retailers and platforms are added. By connecting participating digital retailers that include Amazon Prime Video, FandangoNOW, Google Play, iTunes and Vudu, movie fans can now bring together their digital movie collections (whether purchased or redeemed) in one place and enjoy them from the comfort of their living rooms, and across multiple devices and platforms, including Amazon Fire devices; Android devices and Android TV; Apple TV; Chromecast; iPhone, iPad and iPod touch; Roku® devices and popular browsers. Movie fans can also redeem digital codes found in eligible Blu-ray and DVD disc packages from participating studios and enjoy them through Movies Anywhere. Movies Anywhere – your movies, together at last.

*Digital movies or TV episodes allow fans to watch a digital version of their movie or TV show anywhere, on their favorite devices. Digital movies or TV episodes are included with the purchase of specially marked Blu-ray discs. With digital, consumers are able to instantly stream and download movies and TV shows to TVs, computers, tablets and smartphones through retail services. For more information on compatible devices and services go to wb.com/digitalmoviefaq. Consult a digital retailer for details and requirements and for a list of digital-compatible devices.