HBO has announced the addition of HBO NOW to the Xbox One and select Samsung Smart TVs. The premium streaming service initially launched exclusively on Apple devices, and offers full access to the network's library of new and archive programming. The announcement comes just in time for the sixth season premiere of 'Game of Thrones' on April 24. 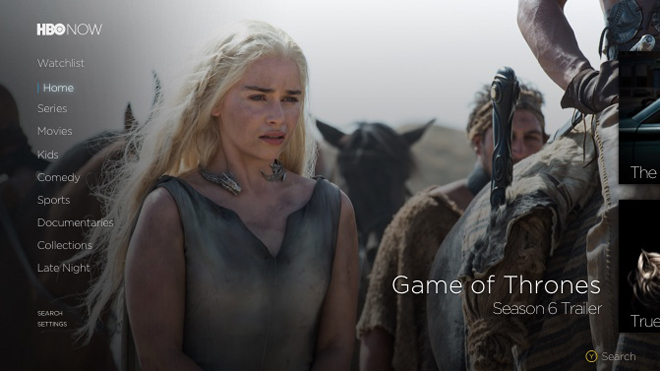 Outside of HBO, Showtime also offers its own standalone streaming service for $11 per month. Likewise STARZ offers a separate streaming option for $9 per month; CBS offers its CBS All Access service for $6 per month; NBC has its Seeso comedy platform for $4 per month; and Lionsgate offers several streaming platforms including Tribeca Shortlist, Comic-Con HQ, and the upcoming Laugh Out Loud.