Lionsgate is teaming up with the popular comedian to launch a new OTT platform.

"Lionsgate has always been a great partner of mine, and I'm more than excited to take our business and creative relationship to new levels," said Hart. "I understand the direction in which the television business is headed, and I see this big new space toward which audiences are starting to gravitate. I believe that launching this venture together now puts us ahead of the pack." 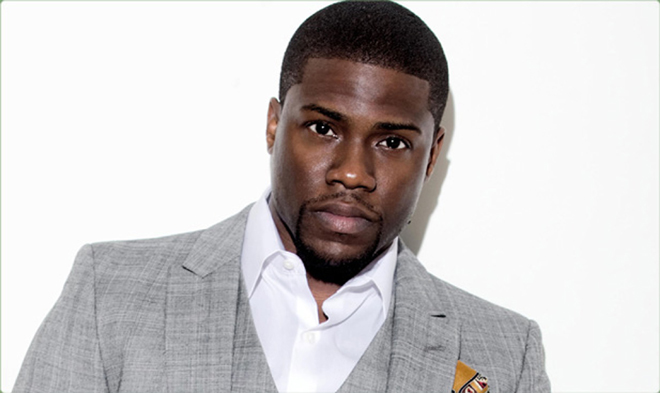 Laugh Out Loud will feature exclusive content and original series created by Kevin Hart outside of his theatrical titles and live touring shows. The initial lineup is set to include a hidden camera premium original series in which Hart stars as an undercover Lyft driver. Likewise, the platform will also offer content specially selected by Hart along with shows featuring social media stars and up and coming comedians. This will include a series from Facebook and Vine star Logan Paul. In addition, the partnership will also include development of a mobile game featuring Hart. Kevin Hart has previously starred in films like 'Ride Along,' 'Get Hard,' 'The Wedding Ringer,' 'About Last Night' and 'Kevin Hart: Let Me Explain.' The comedian will be seen next in the upcoming movie 'Central Intelligence' with Dwayne Johnson.

"Kevin is one of the biggest stars in the world, and we're proud to kick off our partnership with a new OTT platform as well as a mobile game, extending a collaboration that began with the film Kevin Hart: Let Me Explain," said Lionsgate Chief Executive Officer Jon Feltheimer. "He is an incredibly versatile talent who will bring his unique comedic voice to Laugh Out Loud's entire spectrum of original content, and his ever-expanding global fan base gives both initiatives tremendous growth potential. Nobody understands how to continue extending Kevin's brand better than Jeff Clanagan, and we're pleased that he will lead the new platform's growth."

Pricing, a launch date, and specific device support for the upcoming Laugh Out Loud VOD service have not been announced yet. Laugh Out Loud now joins a growing collection of Lionsgate streaming platforms, including Tribeca Shortlist and Comic-Con HQ.