Now that ‘The Walking Dead’ is back on the air, we have one more group of characters to cover in our Character Guide for the show. As we watch new episodes, let’s make some guesses as to who will be the first (and second, and third, etc.) person to become zombie chow.

The Greene family lived an idyllic life on the farm. Even though the zombie infection had spread across the globe, their little farm seemed like a haven from the madness. When Rick and his group of survivors stumbled upon it, they thought they’d found paradise – a place with a doctor (well, a veterinarian, but he can still stitch people up), food and a town nearby for supplies. They thought they could stay forever as long as they helped out, but Hershel Greene had other ideas. He’d been hiding dozens of Walkers in his barn because he believed they were just sick. When the new guests decided to decimate the whole lot of the zombies, Hershel got pretty pissed.

The Greene family is full of people who are ripe for zombie fodder. They haven’t had much screen time, so we haven’t become that attached to them. They’ll be easy to knock off one by one, providing requisite scares while still keeping the show’s core characters intact. 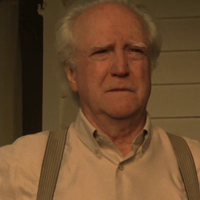 Character Introduction: He’s the leader of the farm. He brought back Rick’s son from the brink of death with his kick-ass veterinary skills. Still, he wants Rick and his people gone, perhaps more so now than ever after Rick, Shane and the rest created the world’s bloodiest shooting gallery by massacring the Walkers that Hershel had hidden in his barn.

Chances of Survival: 30%. It’s a sad moment for Hershel, but I think he’s ripe for becoming the next dead main character on the show. He has a few things working against him. First, Shane is on the rampage and is sick of playing nice with everyone. He could decide to take the farm by force. Secondly, Hershel is still fairly ignorant of the real threat posed by the Walkers, and hasn’t really faced a horde coming at him. His only hope is that the outsiders leave before Shane really loses it, and that the zombie pack never finds its way to his farm.

Likely Death Scenario: I really think that Hershel might meet his demise at the end of Shane’s gun barrel. If that doesn’t happen, the next best death scenario for Hershel is finally coming face to face with an unstoppable mass of zombies, and realizing that he’s underestimated them for too long before… CHOMP! 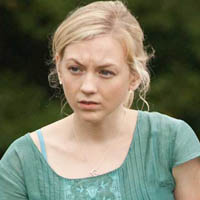 Character Introduction: Beth is rarely seen on screen. She’s one of those characters that pops up and you find yourself saying, “Oh yeah, I kind of remember her.” She’s Hershel’s youngest daughter and is in a relationship with the stalwart Jimmy.

Chances of Survival: 10%. There isn’t much hope for a recurring character who doesn’t get much screen time. Plus, Hershel needs to learn a karmic lesson about how nasty zombies can be. What better way is there to do that than by watching one of his daughters disappear into a pile of flesh-tearing Walkers?

Likely Death Scenario: The horde moves in and corners Beth. Hershel watches helplessly as his youngest daughter is devoured. 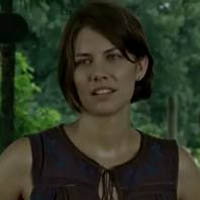 Character Introduction: If there ever was a stereotypical representation of the “farmer’s daughter,” it’s Maggie. She has those killer girl-next-door looks and has just become secretly involved with Glenn. She’s headstrong, but doesn’t really lean towards her father’s limited understanding of the Walkers. She knows how dangerous they are, especially after her close encounter in the pharmacy.

Chances of Survival: 60%. Her odds are so high for purely superficial reasons. She’s a good looking girl, and television shows usually need to meet their quotient. If anyone from the farm packs up and leaves with Rick’s company of people, it’ll be Maggie. She has increasingly become annoyed with the way her father handles things, and she’s becoming attached to Glenn. The only thing counting against her is that nice guy Glenn is in need of a personality changing experience, which could just be Maggie getting killed.

Likely Death Scenario: If the writers have a change in behavior planned for Glenn, Maggie getting eaten would most likely be the catalyst. As the two of them steal away into the woods to get it on yet again, a couple Walkers appear out of nowhere and sink their teeth into Maggie as a horrified Glenn watches. 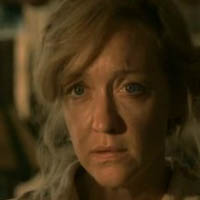 Character Introduction: She doesn’t do much in the show, other than help out around the house and mope around since her husband Otis was secretly murdered by Shane. Patricia is another extraneous character who could go at any time.

Chances of Survival: 5%. She’s got zombie food written all over her. I actually thought she’d die while trying to feed the barn Walkers, but even now she finds herself in a precarious situation. She’s a side character who we don’t know much about. We haven’t connected to her in any way, but she’s recognizable when she appears on screen, so her death will have somewhat of a “Holy crap!” factor.

Likely Death Scenario: As Hershel continues to wrangle stray zombies, one gets away and dines on Patricia. It’ll be a fairly simple death by ‘Walking Dead’ standards. 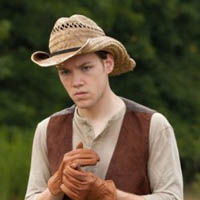 Character Introduction: Boyfriend of Beth, Jimmy helps Hershel wrangle Walkers in the woods and bring them to the barn. We know hardly anything about his past, and his limited screen time hasn’t given us a chance to connect to the plucky young lad.

Chances of Survival: 30%. Things don’t bode well for Jimmy. Like most of the characters above, he isn’t someone who we’ve come to know. However, his experience wrangling Walkers does give him a slight edge on surviving.

Likely Death Scenario: Working for Hershel will probably be detrimental to his health. If he continues to catch zombies in the woods, it’s only a matter of time before he botches a recovery and becomes dinner.