Every industry has its buzz words. Last year, videogames were all “immersive,” even though that word got applied to so many places that weren’t even close to appropriate. This year, the word seems to be “cinematic.” If games are really taking cues from movies, they’re heading down the wrong path. They should be looking at television, if anything.

I’ve been playing some ‘Red Dead Redemption.’ It’s a fine game once you get into it, but boy does it start slowly. A full 45 minutes went by in the game before I actually did anything interesting. I started by watching a cutscene. Then I rode a horse and listened to people talk to me. Then I watched a cutscene and road another horse. 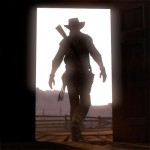 Okay, to be fair, I got to shoot some rabbits in there too. But compared to the promise of gunning down outlaws, rabbits just don’t cut it. Obviously, I could have skipped a few of the cutscenes, but the horse riding and the dull conversation would still be there.

It’s not that I’m against horse riding. Once I got past that frustrating opener and got control of my character, the first thing I did was grab the reigns of my horse and ride off into the sunset. It’s a very cool feeling. That’s a lot different than a forced slow walk around town looking for rabbits and coyotes.

I’m sure I’m not the only one that feels overwhelmed by investing 40 hours, or even 20, into a game. It was great when I was a kid, but my time is limited and I’ve got to get my gaming in when I can. The thing is, I can put the same amount of time into a good TV show and it doesn’t even phase me.

I’ve been watching ‘Doctor Who’ and ‘Torchwood’ daily, slowly catching up on both shows. Each episode is – you guessed it – 45 minutes long. In the last two weeks, I’ve watched an hour and a half each day. That comes out to a total of 21 hours spent watching the two shows, and it feels like no time at all

In a television show like ‘Doctor Who,’ I’ve got a nice 45-minute chunk of entertainment that’s guaranteed to entertain. There’s going to be exposition, rising action, a climax, falling 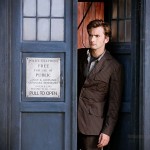 action and a conclusion. I get the full experience. Tied into that episode is also one larger plot. Most episodes contribute to the overall plot, but some are just there as side notes.

That’s something common to a lot of popular TV shows these days – an episodic format that still has all the qualities of a serial. The first two seasons of ‘Lost’ (and probably the others as well, but I’ve only seen the first two) captured this perfectly. They gave us a satisfying beginning, middle and end in backstories, even if everything happening on the island itself was a mystery.

That’s the thing that game makers need to learn. Movies can have a single plotline spread across a full two hours. If you go much longer than that – I’m looking at you, ‘King Kong‘ – they start to feel old. Most games try stretching a single story across the entirety of the game, and that just plain doesn’t work.

When games are split up like television shows, into 30- or 45- minute increments, they work beautifully. Take ‘BioShock,’ for example. The game takes between 8 to 12 hours to beat, but it’s divided up into smaller sections. You can sit down and knock out a section in an hour while getting a full story from the experience. 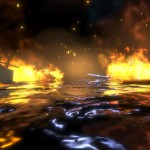 ‘BioShock’ also started with excitement, which is something many games have trouble with. If I’m not doing something fun, or at least interesting, in the first 10 minutes of the game, it’s not going to capture my interest. Some of the best games I’ve ever played started nice and strong.

‘Final Fantasy VI’ started with characters in Magitek armor, and ‘Final Fantasy VII’ began with a mission to bomb a Mako reactor. Even ‘Link to the Past’ let players infiltrate a castle just minutes after it started.

In the long run of the story, these are all fairly small events. They’re just a small part of the bigger focus that comes after. But they’re small stories introducing the whole game. They’re almost like TV pilots, when you think about it.