Now here’s a crazy one. This week, I combine my love of videogames with the seemingly unending supply of ’80s movies that are unavailable on Blu-ray to bring you this peek at Netflix’s high definition stream of ‘The Wizard’. You know you want to get your power glove action on.

‘The Wizard’ is a story about a divided family whose youngest son lives with the mother and her new husband. 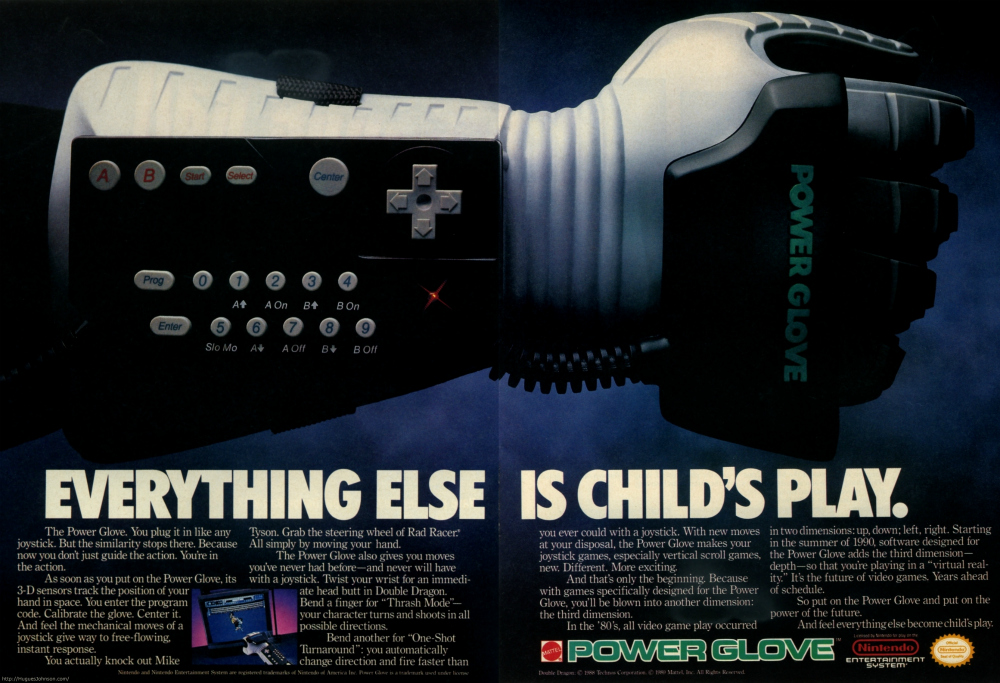 The boy, Jimmy, experienced a traumatic event and is now borderline catatonic. He shows signs of autism, mumbles about California, and randomly disappears from their home. The father (Beau Bridges) and his other two sons (Christian Slater and Fred Savage) battle to keep the new husband from committing Jimmy, but ultimately lose. Corey (Savage) decides that it would be a good idea to break Jimmy out of the crazy house and take him to California. Along the way, he discovers that Jimmy is a real “wizard” at playing videogames, and determines that he should go to the videogame championships in Los Angeles. Meanwhile, the two families try to find the runaway boys in an almost over-the-top farcical and slapstick-y manner.

The film is also a humongous Nintendo product placement spot featuring tons of fun old-school games like ‘Contra’, ‘Super Mario Bros.’ and ‘Double Dragon’. Also, everyone seems to have a Nintendo console in his or her backpack or car. And of course the Power Glove is prominently featured.

Ha! Seeing the actor slip that thing on like he just strapped on the gauntlet of invincibility kills me every time.

‘The Wizard’ might even be considered a formulaic sports film, since it tells the story of a seemingly ordinary boy overcoming great obstacles to do extraordinary things. There’s even a training montage where Jimmy plays all manner of videogames while Corey calls the Nintendo help line to get tips on how to beat games. That’s right, a Nintendo help line. Apparently, in the late ’80s, you could just call up Nintendo and some nice fellow in a cube filled with three-ring binders containing all the secrets to all of the games, would be happy to help you make your way to the videogame championships.

In the end, ‘The Wizard’ is a silly children’s adventure story. Despite the reckless way it presents the theme of “families should stick together,” it’s a perfectly enjoyable trip down memory lane.

So, how does it look streaming in HD from Netflix? I’m very surprised to report that this is one of the best-looking movies I’ve streamed. Its consistency makes this one stand out. The image doesn’t vary from one scene to the next like many of the other flicks I’ve watched lately. It’s crisp and nearly completely devoid of noise, with well-saturated colors. Flesh tones are spot on. There’s an excellent level of detail in almost every scene, especially in reflective surfaces (like shiny cars). This movie just pops. Now, it isn’t Blu-ray quality, but I’m positive this film hasn’t looked this good since it was in theaters.