I have two standard films that I put on in the background when I’m making my annual Halloween costume. The first is ‘Army of Darkness’, and the second is ‘Little Shop of Horrors’. I am dying for a Blu-ray version of ‘Little Shop’. In the meantime, let’s see how the Netflix HD stream fares.

You may assume that ‘Little Shop of Horrors’ had its roots in musical theater. If so, you’d be totally wrong. 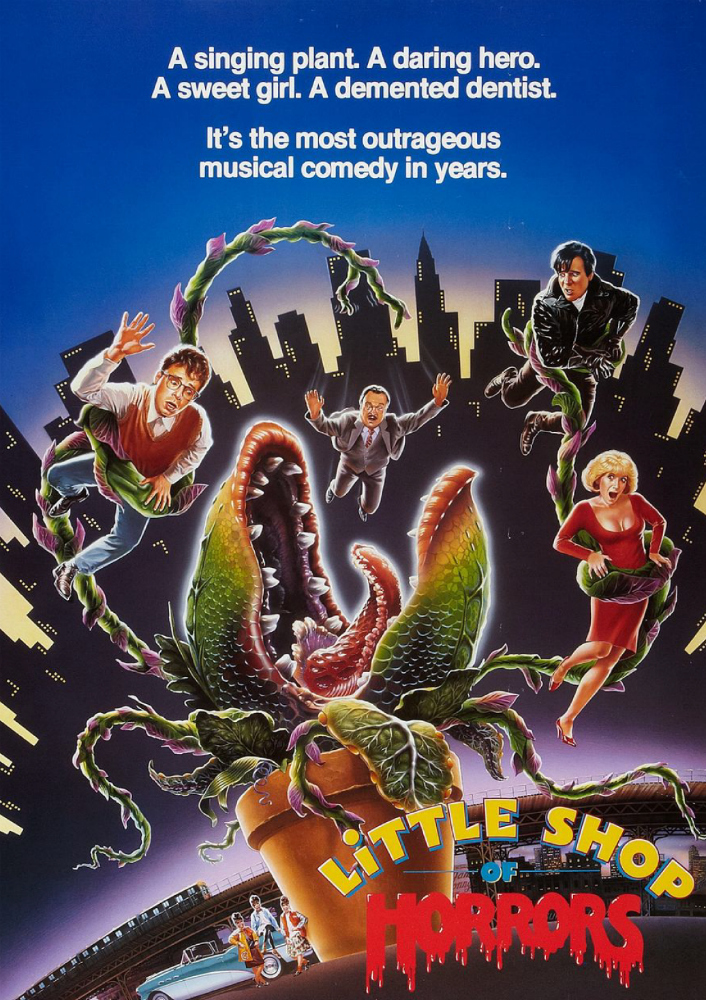 The Off-Broadway musical is actually based on a Roger Corman film of the same name from 1960. That would make my beloved 1986 film, directed by none other than Frank Oz, a movie based on a musical that’s based on an old Corman flick. How’s THAT for crazy?!

If you’re unfamiliar with the story or the film from 1986, it goes a little something like this: Rick Moranis plays Seymour, a bumbling flower shop employee who happens upon a strange and interesting plant. During a solar eclipse, which would suggest it alien in nature, the plant appears at his favorite rare plant store, where it hadn’t been before. When the flower shop he’s working for is just about to go out of business, Seymour suggests to the owner that maybe if they put this peculiar plant in the window, it might bring in more customers. It does, and in spades. Unfortunately, as soon as success reaches the shop, so does a price. And the price for success is blood. The strange plant that Rick named “Audrey II,” after the beautiful but ditzy fellow employee he’s secretly in love with, requires blood to grow. Rick has tried every manner of botany to feed to plant, but it’s no use. Blood it is. As the plant grows, so does its appetite. Rick isn’t sure what to do, but discovers that there are plenty of people that he considers might make good plant food. Then, the plot thickens.

The 1986 film is also a musical, and having all of the actors sing these songs is delicious. 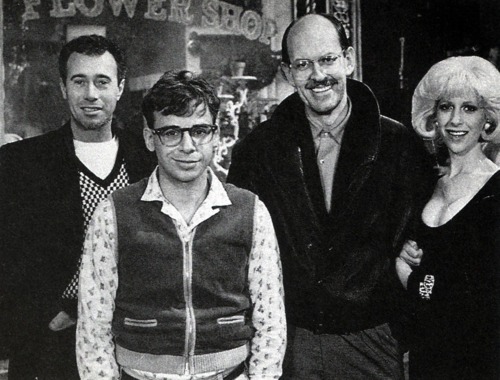 Moranis, while not the best singer, adds his humorous charm to his songs. And Steve Martin?! Awesome. Ellen Greene (Sylar’s Mom!) was actually cast as Audrey from the original Off-Broadway musical, so she, naturally, is excellent. The songs are fun and fit right in, never hindering the flow or pace of the movie.

I love this movie. Can you tell?

Ok, let’s get down to brass tacks. How does this thing look on the old Netflix? Surprisingly good. I’m delighted to have watched back-to-back groovy Netflix HD streams. While ‘Shop’ isn’t quite as consistent as ‘The Wizard‘ was, it looks pretty damn good. When it’s on, colors are saturated perfectly. Flesh tones are spot on, blacks are deep and detail is rich. When it isn’t quite on, shadow detail is a little underwhelming (especially in blacks), grain is present (albeit acceptable) and flesh tones look a tad on the pink side. It’s “on” a lot more then it isn’t. This is the best I’ve seen this film look, and it makes me yearn for a Blu-ray copy. If you haven’t seen this one, now is the perfect time.