Over the last few years, the TV landscape has seen a tremendous emergence of serialized dramas and comedies, along with premium cable channels that focus intently on original programming. A lot of interesting characters have passed our way on the small screen. Here are some of my favorites from shows that aired in the past year.

I’m routinely amazed at the quality of the characters we have in TV shows nowadays. After countless episodes of getting to know them, we end up growing with our favorite characters. Movies have to produce, define, and say farewell to their characters in usually less than two hours. TV shows, on the other hand, have the advantage of running for hours on end, intricately building their characterization piece by piece. 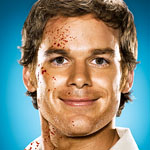 We’ve Dexter go through quite a few personal changes over the years. One of the deeper characters on television, Dexter fights daily with his murderous inclinations. He’s learned to curb his appetite to kill by using his father’s strict code. Basically, he’s only allowed to kill those who kill.

“I’ve never had much use for the concept of Hell, but if Hell exists, I’m in it.”

“In our most paranoid moments, we fear that everyone is talking about us. That’s become my reality.”

“I suppose killing someone with my bare hands in a men’s room was my way of working through the anger stage.”

Now in the show’s sixth season, Dexter is faced with a real possibility of his code becoming obsolete. Dark forces, personified by his killer brother Brian, are starting to wage a war with his mind. Can Dexter hold out? Can he stick to his code, or will the anonymity he’s worked so hard for vanish in a moment of carelessness? That’s what makes Dexter such an interesting character. His psyche is always evolving, and his inner monologue lets us in on how it’s all happening. 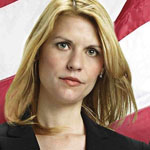 There is no one, and I mean no one, on television as crazy as Carrie Mathison. So, let me get this straight: This CIA analyst, who takes anti-psychotics, is our last best hope between us and the terrorists looking to launch another major attack on the U.S.? Now I’m really scared.

Carrie isn’t your normal female lead. She’s belligerent, nonsensical and completely insane. We’re left in the dark too, as we try our hardest to understand the reasoning behind her actions. Rational thought rarely enters her head. When she’s not kicking ass at being the best CIA analyst out there, she’s self-destructing at a local bar, trying to pick up a one night stand, or worse, trying to bed the very same guy she’s investigating. What’s even more peculiar is that we’re never made privy to her real intentions, or even allowed to know if she has any to begin with. Does she like sleeping with the guy she thinks is a hardened terrorist? Or is she doing it all for the job? Or, the third and most likely option, is she just completely bonkers? I like the third option.

None of this changes the fact that she’s an interesting female lead, one played perfectly by Claire Danes, a woman who already looks like she has a hint of crazy going on in there somewhere. ‘Homeland’ really is a treat, but most of its success is directly connected to how much of a nutcase Carrie Mathison can and will be. Luke is perhaps the most underrated character on ‘Modern Family’. While it’s almost impossible to pick a favorite out of the eclectic bunch of characters on that show, I’ll take the kid who jumps around on a trampoline with a box on his head and no pants any day. Phil comes in a close second, because he’s essentially an adult version of Luke. My favorite Luke moment happened during the earthquake episode, where Claire got stuck in the bathroom with the plumber. Luke slides a cookie sheet full of liquid under the door and then says, “I brought you some soda, but I couldn’t find any straws, so you’ll have to drink it like cats.” Oh Luke, you always make me laugh. I fear for the future of ‘Raising Hope’. Whenever TV’s top comedies are discussed, I never hear anyone mention this show. Still, it manages to deliver the laughs every week, thanks in part to Burt. If you first saw him in ‘Burn Notice’ as the maniacal spy Simon Escher, you wouldn’t guess that actor Garret Dillahunt could pull off a character like Burt. Truthfully, it threw me for a loop the first time I saw him playing a naïve pool cleaner with a childlike sense of wonder. He pulls it off perfectly, though. Burt is probably the most lovable character on television. There’s just no way you could hate the guy. Ruxin is television’s ultimate cynic. The show even had an entire episode explaining that Ruxin has such a bad attitude about life and other people that no one can ever tell if he’s being sarcastic or downright mean. Nick Kroll seems to be a master at improv, which makes Ruxin’s words all the more deadly when he decides to skewer someone with them.

“If Sofia and I split up, 50% of my time, I would have to spend 100% of my time with my kid. Right now, I’m rocking, like, 50% coverage 30% of my time. You cannot beat those numbers. Also, if we got a divorce, she would get half of my money, leaving me ostensibly poor yet still paying her to just get pounded by other dudes, which will happen because she is still smoking hot, whereas I look like a Nazi propaganda cartoon of a Jew.”

My love for Ruxin tripled when we recently found out that his father is none other than Jeff Goldblum. 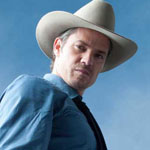 Raylan is, in my mind, the most interesting character on TV. It’s like someone transplanted a Western movie cowboy into modern day society. He also has this aura about him where you can’t tell much, if anything, of what he’s thinking. He’s always smooth, calm and collected, which is something that can’t be said about most heroes on television right now. Either they’re stressed out trying to keep everything from going belly up (like Rick on ‘The Walking Dead’) or they’re straight-up action heroes (like Jack Bauer), but Raylan falls somewhere in between. He works for the U.S. Marshals, so he’s one of the good guys, but you can never really tell if he’s actually on a side. He’s on his own side and that’s what makes ‘Justified’ such a great show. Raylan doesn’t kowtow to normal hero stereotypes. He gives them to the count of ten to get out of his face or he shoots them. 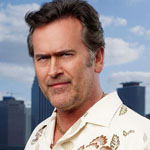 Come on, who doesn’t love Bruce Campbell? Sure, Sam sits around all day drinking beer and Mai Tais and hitting on rich older women, but it’s just a great gift to see Campbell on a weekly show. Let’s forget about Sam’s made-for-TV movie, which was sort of a prequel to ‘Burn Notice’ that wholly stunk. Sam isn’t a leading character. Leave that to the stoic Michael Westens of the world. Instead, Sam is the perfect side character who chews up about 15 to 20 minutes of each episode with witty barbs, funny anecdotes and free-flowing cabana shirts. 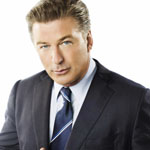 It’s true that ’30 Rock’ seems to be on its last legs. That’s okay though, because seeing Alec Baldwin in the role of Jack Donaghy always makes me happy. From his callous treatment of those below him to his undying need to gain more and more power, Jack has been one of the funniest characters over the past few years. Not to mention that he was involved in one of the funniest scenes I’ve ever watched on TV. In an episode where Tracy Morgan is struggling with family issues, and wants to start dogfights, Jack intervenes and takes him to a psychologist. They role play, and Jack ends up doing the parts of Tracy’s droopy-lipped father, his irate mother, Tracy himself, and even Mrs. Rodriguez upstairs who just wants everyone to be quiet. 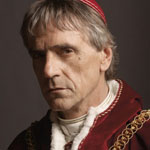 It’s freaking Jeremy Irons playing the most ruthless Pope in history. What else do you need to know about Rodrigo Borgia? I didn’t think I’d enjoy ‘The Borgias’ as much as I do, but watching Irons do his thing truly is a treat. Borgia is also interesting due to the fact that he truly is a god-fearing man. He’s simply power hungry too. I expected him to be a man who uses god and the Church as an excuse to further his personal ambitions, but he really does believe. The problem is that he believes his drastic, oftentimes fatal actions are God’s will.

Barney Stinson, ‘How I Met Your Mother’ 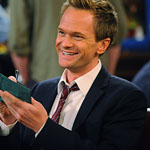 Who doesn’t want to be Barney? Wear immaculate suits, work at a non-descript job making untold amounts of cash, bed a different woman every night, and come up with some of the greatest analogies for dating since ‘Seinfeld’. Neil Patrick Harris’ comeback as a recognized actor is due in large part to his portrayal of Barney on ‘How I Met Your Mother’. He’s gotten us to a point where we care less about who the mother actually is, and more about what crazy scheme will Barney come up with next.