As comic book movies have taken a turn for the realistic, so have the characters’ costumes. Instead of looking cartoonish and, well, comic book-y, superhero costumes have become more practical and believable – for the most part. While normalized versions of costumes are trending, some remain stuck in the past.

Back in the day, superhero costumes like Batman’s or Superman’s were little more than designed cloth, simple as could be. A pair of tight thermals with underwear on the outside made every kid look pretty damn close to his or her favorite hero. 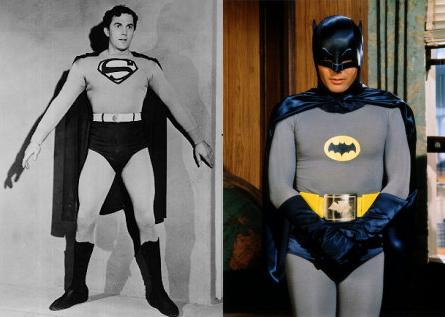 Practicality started coming into play when Christopher Nolan rebooted the ‘Batman’ franchise. All of a sudden, Bruce Wayne’s costume had a reason to look the way it did. It wasn’t simply an rubber suit that stopped bullets, like in the Tim Burton or Joel Schumacher movies. This one served a purpose.

Burton’s ‘Batman’ never gave any explanation as to how Wayne got or made the suit and its nifty belt toys (not to mention the not-so-street-legal Batmobile). They just came into existence. One would have to completely ignore the origins of everything that turned Bruce Wayne into Batman. If we were supposed to believe that old man Alfred created it, that’s asking too much. I just can’t suspend my disbelief that far.

Then along came Nolan, who gave us the Who, What, When, Where and Why to each item. Where is Batman’s mask from? China. He and Alfred ordered them, presumably off the world wide web, so that it could hide his face. Where did the suit come from? Wayne Enterprises. It was prototype armor made for the military. The Batmobile (now given the much-better name “Tumbler”), his cape and all of his high-tech gadgets were each given a feasible explanation. Nolan’s ‘Batman’ films are set in our world, not the imaginary La-La Land of Just-Go-With-It.

To be honest, Batman and Iron Man are practically the same superhero. They’re both rich bachelors who use their money to buy the technology that turns them into superheroes. (Yes, I understand that neither are technically superheroes, but bear with me for a lack of terms.) Just like Batman’s, Iron Man’s suit has to look the way it does. The suit is the science behind the average guy inside it. Both of these costumes are justifiable, suitable and necessary for their characters. Could you imagine what a cloth version of Iron Man’s costume would have looked like had ‘Iron Man’ been a black & white serial?

Certainly, there’s room for argument, but in my opinion the new take on superhero costumes is far superior to that of the old. As set pics have leaked revealing Anne Hathaway’s practical Catwoman costume from ‘The Dark Knight Rises’, I’d never consider going back to the Halle Berry version. (Unless maybe for the plain bra top. That was nice.) We see Tom Hardy as Bane, wearing nothing more than a trench coat, average pants, average shirt and a harness that we can assume holds the tank that supplies the steroid-ish gas to his face mask. Again, it’s practical.

Perhaps the most embarrassing of the older costumes comes from the 1990 ‘Captain America’ movie. Compared to Chris Evans’ suit from ‘The First Avenger’, I’m sure not a single person misses the old suit. Cap’s new suit fits the character and aids him with the technology needed for World War II combat. (Unfortunately, Cap’s new suit for ‘The Avengers’ was revealed at Comic-Con, and it’s not looking too great.

So, when the new norm for comic book costumes tends to lean towards the realistic, why are we still seeing a slew of tight, leathery, uncomfortable and abnormal costumes amidst our superhero movies?

Next year’s ‘The Amazing Spider-Man’ is supposed to take a realistic turn by having the character use web-launchers (as opposed to the webs just shooting out of Peter Parker’s wrists). So why isn’t his suit making that change as well? Apparently made of recycled basketballs, Spidey’s new suit is the most colorful and retro-looking one donned by the character to date. 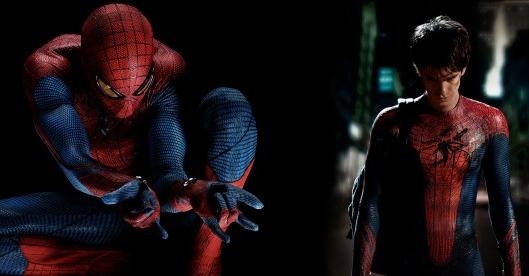 The costumes of ‘X-Men: First Class’ may be excused for being a throwback to the period the movie’s set in as well as the original costumes from the comics, but those from Bryan Singer’s and Brett Ratner’s ‘X-Men’ movies cannot. The leather suits of the X-Men, Daredevil and Elektra aren’t going to stop a knife or bullet. Aside from Banshee in ‘First Class’, none of their suits even serves a purpose.

With Superman once more headed for the big screen in ‘The Man of Steel’, it’s depressing to see yet another high-potential superhero not receiving a revamp of his classic costume. The first promo image that hit the web a week ago reeks of Dr. Doom from the horrendous ‘Fantastic Four’ movie. The new Superman sports the typical tights-and-cape costume. It makes me wish with that the folks who creatively adapted Cap’s red, white and blue uniform could have done the same for ‘Man of Steel’.

[Ed.: And what’s with the scaly pattern and texture? Click this photo to enlarge and get a good look. -JZ] 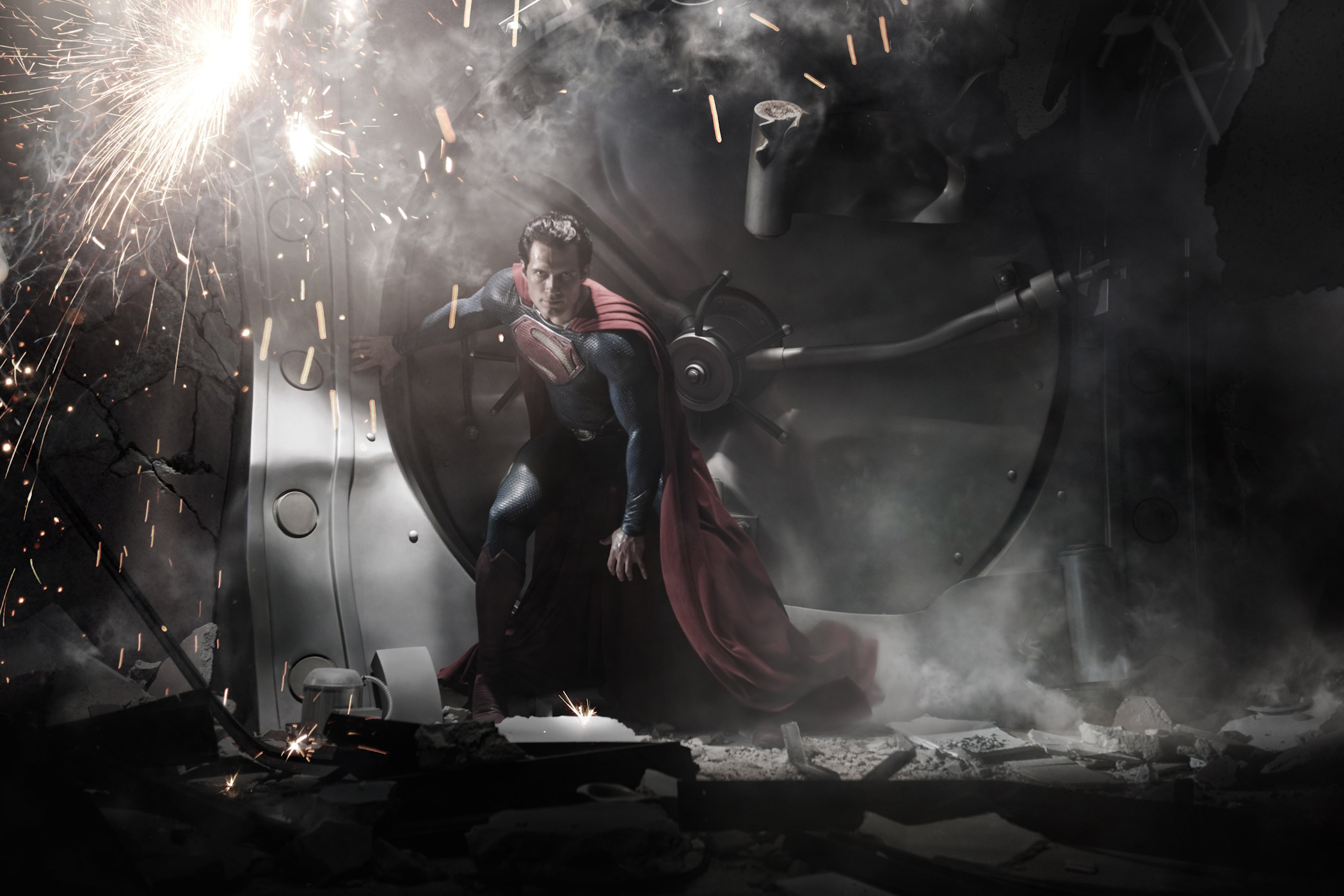 Throwing a superhero’s costume back to its origins is perfectly acceptable – but in a day when practicality, believability and realism are present in the most successful comic book movies, you’d expect those things to be applied. Superman’s costume does not aid the character whatsoever. It’s time for an overhaul. Instead of simply showing that they’re all on the same team, the X-Men need a reason to wear the matching leather uniforms. And no matter how cool it may look, I can never picture an awkward web-slinging teen wearing a skin-tight suit made of basketballs.

No matter what your opinion is on the subject, I’m sure that we’re all on the same page when it comes to the planned suit for Tim Burton’s aborted ‘Superman Lives’ project. Thank heaven that never made it to the big screen.