[Editor’s Note: Aaron has been attending the Sundance Film Festival for a few days already, and submitted his first posts with coverage over the weekend. Due to our weekday publication schedule, I’ll be staggering some of his posts across the week. With that in mind, let’s see how things are looking so far.]

Day One of Sundance was sheer craziness. I woke up at around 5:45 AM to get everything ready and situated. I had to make it to the festival headquarters at a reasonable time in order to request a ticket for Kevin Smith’s ‘Red State’. See, Kevin Smith is still being a baby and boycotting the press. That means there are zero press screenings happening for ‘Red State’. The only way any of us press can people to see the movie is to score some of the very scarce tickets given away for public screenings.

Even though I got to the office early, a line of press people was already waiting for the same thing I was there for. I almost said “Ah, screw it” and walked out. Instead, I stayed and ended up getting one of the most sought-after tickets of the festival. ‘Red State’ is the hot ticket right now, which is funny because no one has seen it yet. Smith has created a sort of frenzy with all of the viral marketing he’s been doing and his non-stop talking about how much he hates us press people. 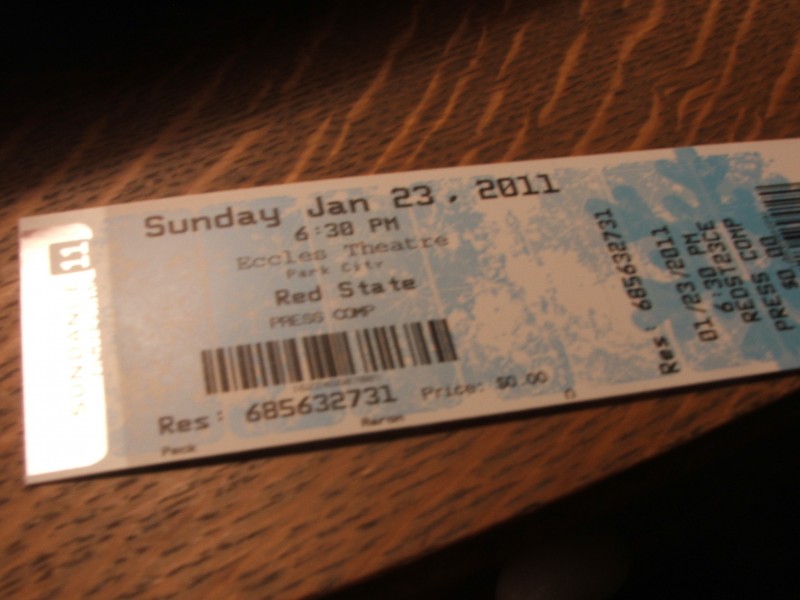 Oh well, I got in and I’m hoping it’s good. Word is that Smith is going to auction off the rights to the film directly after the movie. There are also rumors that a Baptist church will be picketing the film, and that Smith has called upon his fans to come picket the picketers. Needless to say, it’s going to be an eventful premiere.

I’m not one to get star-struck. When I see a celebrity, it’s almost a chore for me to whip out my camera and snap a picture. I know that they don’t want to be bothered, and I don’t want to be “that guy” pointing a camera in their faces while they’re walking around.

However, I did see a few notable people today.

After I requested my ticket for ‘Red State’, I walked down into the lobby of the Park City Marriot and saw Michael Moore wearing some very cling-happy sweatpants.

Following the world premiere of ‘Here’ (the second movie I saw today), there was a question and answer session. Ben Foster was there. He didn’t say a word, mostly because the director Braden King wouldn’t let anyone else talk. To be fair, nobody asked Foster a question about the movie. 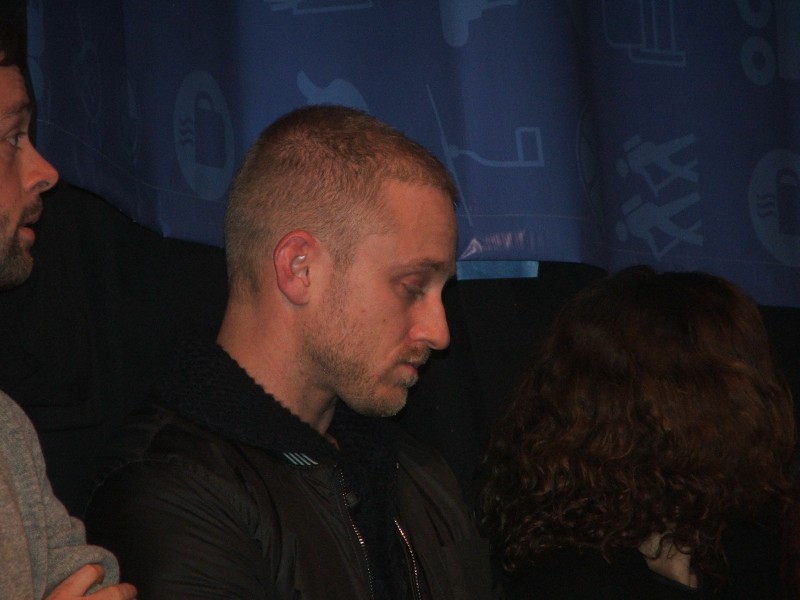 Walking out of the screening, I stopped by a doorway, and directly across from me was Danny Masterson. I thought about yelling “Hey Francis!”, but then I thought that might make me 1) look stupid and 2) get punched.

In these journals I’ll briefly mention what movies I saw that day with a brief capsulated review of them.

I’ll also be posting longer reviews on the movies, but those reviews I’ve decided will be more casual in nature. I’ll just discuss how the movie was and what my experience was with it.

‘I Saw the Devil‘ – If you thought ‘The Killer Inside Me‘ from last year’s Sundance was violent, wait until you get a load of this movie! If I had to guess, I would say at least 30 of the 141-minute run-time is spent in the beating of heads with blunt objects. For me, it got to be too much. Way too much.

‘Here‘ – I thought ‘Here’, with Ben Foster, is a compelling character drama, but it gets way too artsy for its own good. Director Braden King over-indulges in the artsy nuttiness and lets his characters slip away from him.

That’s it for Day One. Eight more to go! But, who’s counting, right?