Robert Rodriguez’s long-awaited sequel to his cult hit ‘Sin City’ was expected to be a big blockbuster this summer. Unfortunately, the movie wound up fizzling at the box office. Hoping that fanboy audiences will feel compelled to buy it on Blu-ray anyway, the film’s distributors have prepared several collectible SteelBook options.

Here in North America, Best Buy has an exclusive on this SteelBook case that plays off the material’s comic book origins. I like the design, but I find it puzzling that, despite highlighting six other characters, the actual “Dame” of the movie’s title is nowhere to be found in the artwork. Eva Green was the main focus of most of the movie’s other advertising. 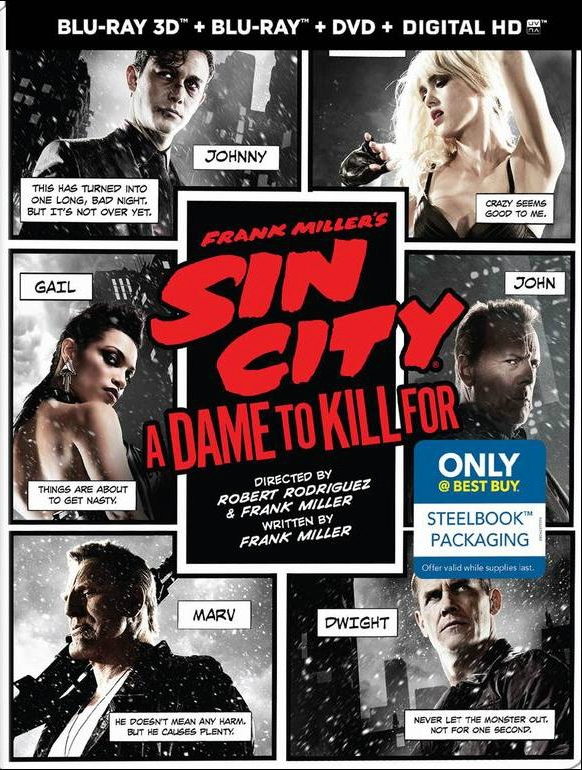 I’m glad to see that the SteelBook includes both 2D and 3D versions of the movie. Too many SteelBooks neglect the 3D when available.

The UK SteelBook from Zavvi also features the wrong dame. This one’s all about Jessica Alba’s abs.

Once again, both 2D and 3D versions are fortunately included. 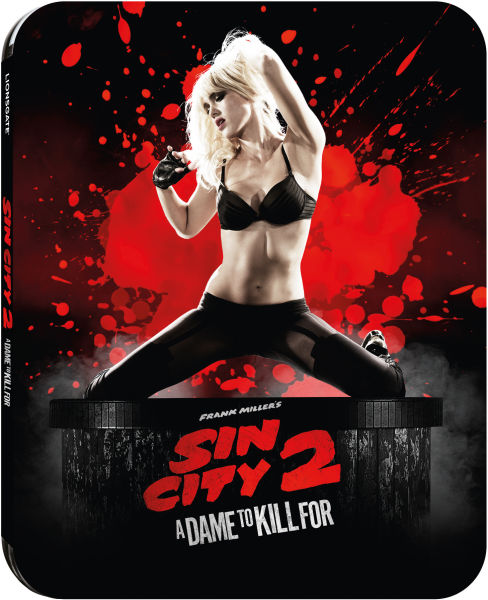 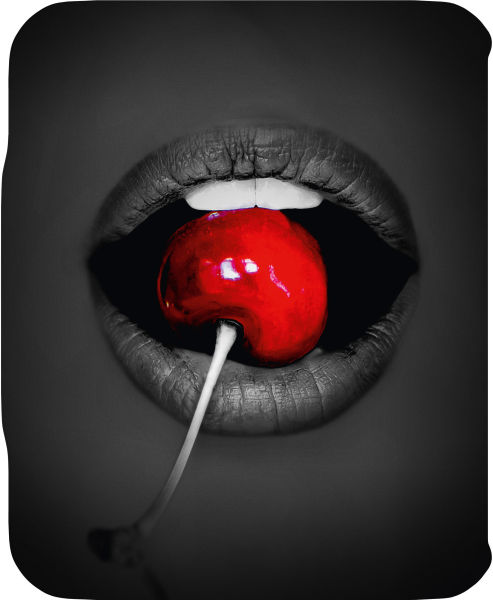 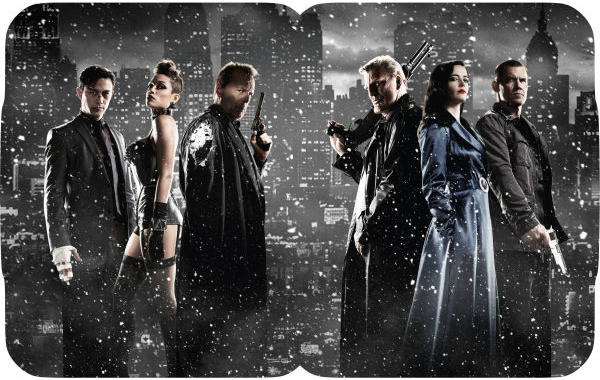 I’m not a big fan of this case, because: 1) Alba’s was the least interesting character from the first movie, and 2) The design is too reminiscent of artwork used previously for the prior film. This rehash seems lazy and boring (a complaint many people had about the film itself – zing!).

Over in Germany, the 2D and 3D versions have been separated to their own unique cases. (From the product description, I’m not sure whether the 3D copy is bundled with 2D or not.)

Here’s Jessica Alba again, but at least the image has been stylized into a comic art design that looks pretty nice. 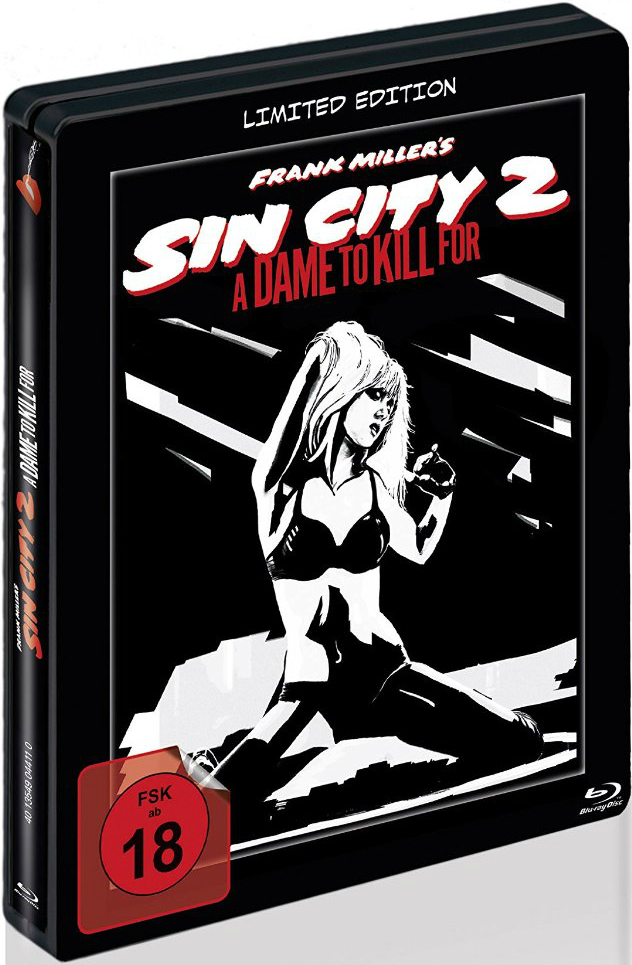 Ah ha, finally, Eva Green! At least, I think that’s supposed to be Eva Green, right? Sadly, it’s not a very flattering image. The actress looked a lot better in most of the movie’s other promotional materials. Never mind. I guess that’s Jessica Alba again. 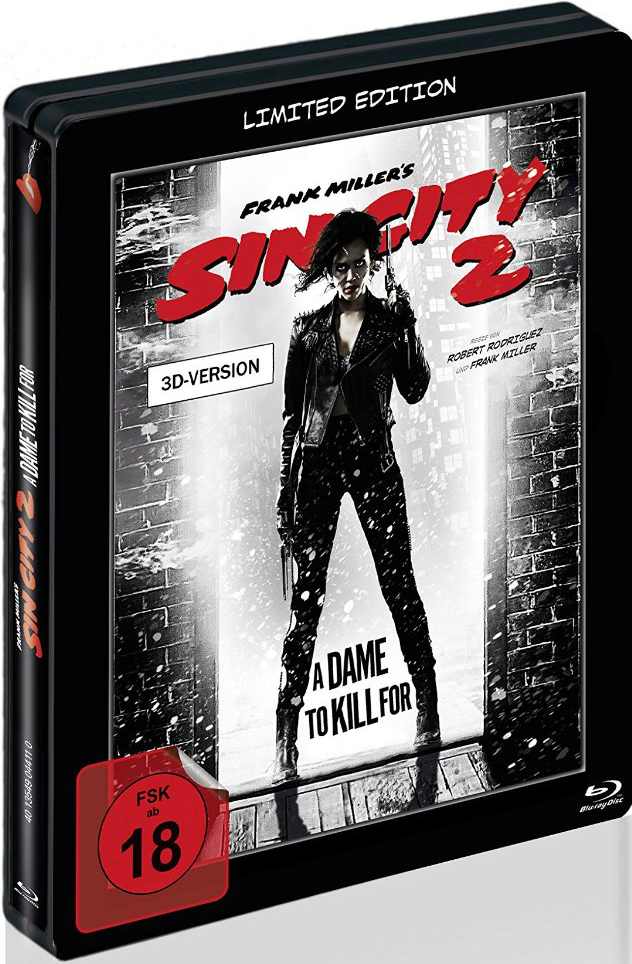 Honestly, of all these options, the Best Buy version is my favorite. It will also be the least expensive and most convenient copy to buy – should I decide to buy the movie at all, which is still undetermined.

I don’t feel that this really merits its own new post, so I’ll just update this one. Future Shop in Canada has finally posted the artwork for its own exclusive ‘A Dame to Kill For’ SteelBook, and this one may in fact be the best-looking case for this movie.

Future Shop’s product listing doesn’t say anything about 3D, which means that the Blu-ray inside is almost certainly 2D only. 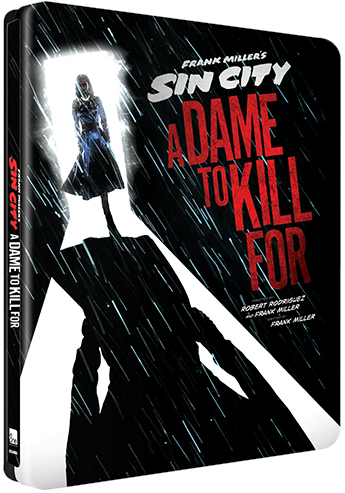 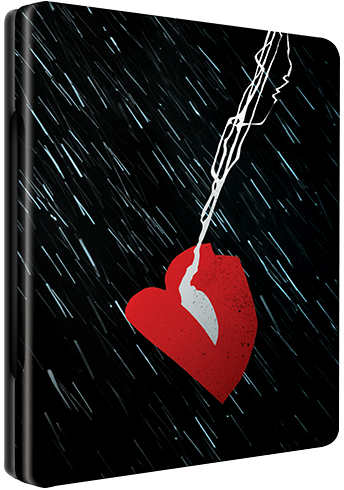 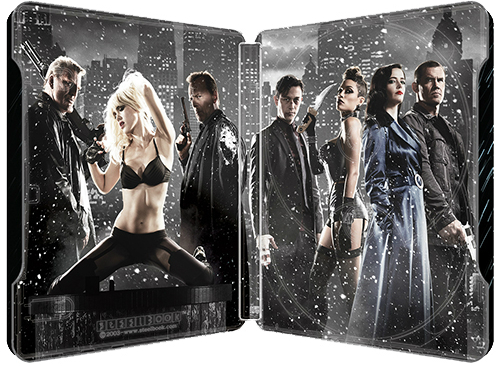 Unfortunately, Future Shop will not ship to the United States. If you don’t live in Canada, you’ll need to find someone in the country willing to purchase and ship the disc to you.