Well, the world just doesn’t make sense. Since the last Sitcom Scorecard post, NBC has ordered up a whole slate of ‘Whitney’ and CBS has extended the run of ‘2 Broke Girls’. In other words, Whitney Cummings has taken the TV world by storm this year. Whoever is watching these shows, please stop. Please. 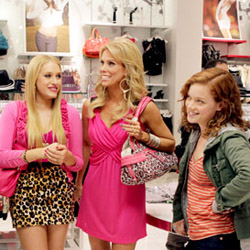 Pilot Episode Thoughts: ‘Suburgatory’ was a very enjoyable 30 minutes of comedy. The Altmans, Tessa (Levy) and her father George (Sisto) have moved from the big city to the suburbs because George freaks out after finding condoms in his daughter’s room. Fearing that she needs to grow up somewhere more wholesome, he moves her out to a neighborhood with white picket fences, dopey teenagers, and women who resemble the Stepford Wives.

The show excels mainly because of its cast. Tudyk is great as the local tool who wears his Bluetooth everywhere, even in the pool. Hines plays a mother who is in her late forties, but dresses like she’s in her teens. It really is a great cast all around.
I like where the show is going, even though it needs to start branching out and bringing in different story threads, or the whole “suburbia is weird” thing won’t last very long. I’ve also got to give props to a show that blatantly makes fun of the product placement it was almost certainly forced to include. What do all the skinny girls and their plastic moms drink in the suburbs? Well, Sugar Free Red Bull, of course. I got a few good chuckles out of that. Usually, product placement is jarring and unnecessary. The writers strain to fit it into the plot, but here it felt natural, because I believe that is what all those ladies would actually drink.

I have a good feeling for ‘Suburgatory’ and look forward to seeing more.

Prediction: I’m fairly certain it will be picked up for another season, but it’s always tricky predicting where single-camera sitcoms will go. People may find the show a little too condescending and tune out.

‘How to Be a Gentleman’ 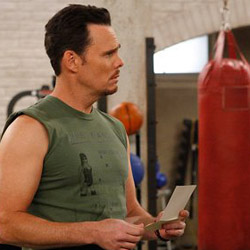 Pilot Episode Thoughts: Just look at that cast. Let that sink in for a second. That’s a really solid cast, except for Hornsby, who is an irritating menace for the entire show. The rest of that cast, though… Man, that group of actors has the makings of a great comedy written all over it. You’ve got Dave Foley from ‘News Radio’. Kevin Dillon was usually the best part of ‘Entourage’. The always hilarious Rhys Darby from ‘Flight of the Conchords’, as far as I’m concerned, should have his own show somewhere.

So, taking into account the talent associated with ‘How to Be a Gentleman’, it’s even more depressing to say that this is one of the worst series of the new season. When will show creators finally figure out that the old “odd couple” scenario is completely and utterly played out? This reminds me of that ‘Scrubs’ episode where the characters were making fun of clichéd sitcoms by pitching a fictional show called ‘Legal Custodians’ starring the Janitor and Ted. It’s so funny to put two seemingly opposite people together. This is apparently CBS’s plan for the upcoming TV season, since the network has already given the go-ahead to ‘2 Broke Girls’.

Andrew (Hornsby) is a gentleman. He’s refined, polite, and he writes a magazine column on the very subject. Think of a much more annoying Niles Crane and you’ll understand what you’re dealing with. Andrew has been informed by his editor (Foley) that the magazine is moving in a more hip direction, trying to target the macho idiots of the world. Whatever will Andrew do? Enter Bert (Dillon), who teaches him all about the finer points of being a douche.

Honestly, ‘How to Be a Gentleman’ feels like a ridiculous show-within-the-show you’d see on ‘Entourage’ to give Johnny Drama something to do. I almost expect Dillon to walk off set, slap high-fives to Vince and Turtle, and complain how stupid the show is. “But hey, it’s work. Now let’s fly to Italy!” Then I remember that ‘Entourage’ is over, and this is actually a show on TV. Then I get sad again.

Prediction: CBS picks it up for another season, and nine years later we look back on this show and wonder how this has been going for nine seasons, and how ‘Two and a Half Men’ is entering its 18th season. Then we all realize that it’s CBS, shrug our shoulders and change the channel. 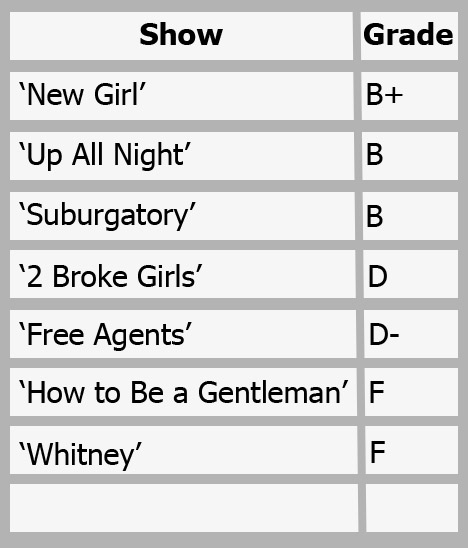