Is it possible for one terrible shot to ruin a movie? Did Neo flying destroy ‘The Matrix’ for you?  How about when Chance walked on water at the end of ‘Being There?’  Or the first ‘X-Men’ movie, when Halle Berry uttered that awful line “Do you know what happens to a toad when it’s struck by lighting?”

I don’t know if there’s a single shot that can ruin a movie for me, but the one that gets closest is from a flick that’s widely considered to be one of the greatest of all time. 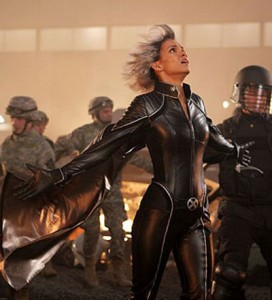 I do my damndest not to use my writing as a place to air my personal gripes, but what the hell.  I’ve got a bone to pick with Mr. Orson Welles.  It pertains to one of his earliest films, and one of his best.  I’m talking about ‘Citizen Kane.’ It’s a classic to be sure, and it’s often hailed as the ‘Citizen Kane’ of films.   But there’s one little imperfection that gets me every time.

I absolutely love ‘Citizen Kane.’  It’s a cliché, I know, but I just plain love that movie.  I think it’s one of the most well scripted, brilliantly shot movies of all time.  I’m amazed by the abilities of Orson Welles as both an actor and a director, but I find the film hard to watch.

There’s a point during the film where Charles Foster Kane tells his legal guardian, Walter Thatcher, that he doesn’t care about the massive inheritance he’s been granted, save a small newspaper business.  It’s a turning point for the character, since this is the business that makes him finally start taking things seriously and finally helps him to amass his fortune.

Thatcher receives the news in the form of a letter, and reads it aloud to the other men in the room.  The letter ends with the line “I think it would be fun to run a newspaper,” which Thatcher repeats after his initial reading.  As he’s saying the line he turns to his compatriots on both the left and the right and then finally looks straight at the camera and lets out a frustrated grunt.

It may not sound too terrible, and if it was any other movie, it might hold up.  It’s the sort of thing you wouldn’t be surprised to see in a Brendan Frasier flick, for example.   But in ‘Citizen Kane’ it sticks out like a sore thumb.  It’s horribly hackneyed film-making and it’s just plain out of place.

For the minute or so leading up to the scene, and the minute or so after it, all I can think about is that awful camera-facing line read.  It takes me completely out of the movie and I’m left feeling just a little bit uncomfortable.

It didn’t wreck the film for me, but I’d completely understand anyone that said it did.  And I’m sure ‘Citizen Kane’ isn’t the only great film that suffers from that one awful shot.

So tell us.  Get it off your chest.  Is there a single shot in a film that managed to wreck the entire thing for you?