‘Santorini’ is a tabletop strategy game pitting two gods or goddesses against each other as they aid temple construction workers on one of the Cyclades islands located in the southern Aegean Sea. The game (probably best compared to ‘Go’) was originally designed over 30 years ago by mathematician and scholar Dr. Gordon Hamilton.

The game itself takes place on a 5×5 grid and can be learned, taught and played in a matter of minutes. Each player begins with two builder pawns on the board. On his or her turn, a player simply moves one of the builders into an empty adjacent space – either on the same level, up one level, or down any number of levels.

After moving, the player then places a new building level on the board in any available space next to the builder that just moved. A space is considered empty if it doesn’t contain a player’s pawn or a dome (typically the fourth and final building level). Players keep alternating moving and building in this manner until one player gets one pawn to the top of a three-story construction. As soon as that happens, that player wins the game.

What really makes ‘Santorini’ interesting and infinitely replayable is the inclusion of character cards based on Greek deities that bring little rule-bending twists to the gameplay. Players may choose to be Athena, Ares or Poseidon (among many others). Each features a special power that can alter the gameplay experience. For example, Pan provides a secondary win condition for a player who moves his builder down two levels on a turn, while Artemis enables her builders to move twice before building any level. Players must cleverly utilize these abilities to their full potential to thwart their opponent’s plans and obtain victory.

Roxley’s updated ‘Santorini’ is also shaping up to be a visual treat. The player pawns are cute little sculpted miniatures and the design of the blocks looks like the kind of architecture you’d expect to find in Greece. Even the board is raised on a simulated rocky pedestal-like component to add another layer of three-dimensionality to the game. I’m definitely looking forward to my copy that should be hitting my mailbox this winter. 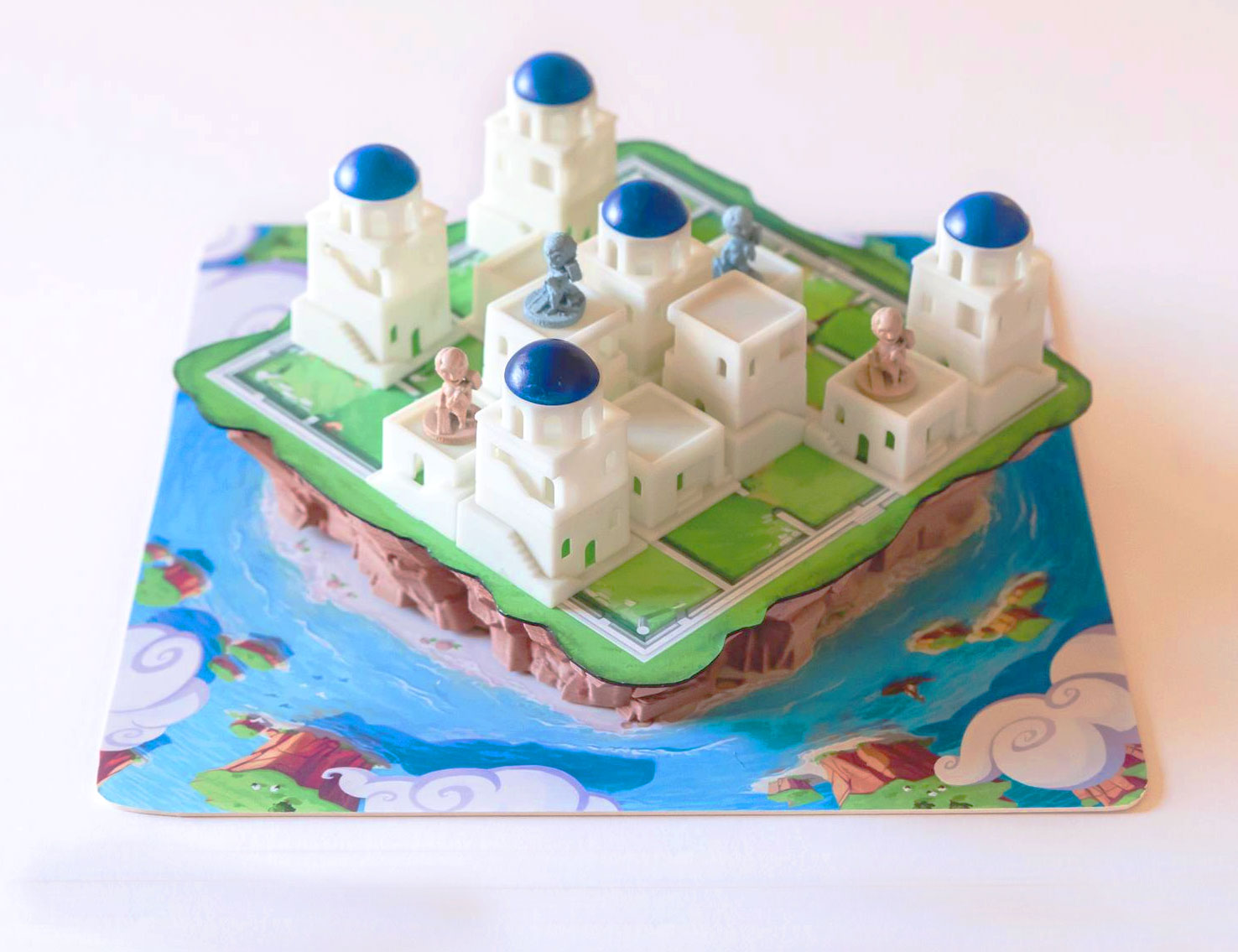 The game is currently seeking funding on Kickstarter. For more information, visit Roxley’s campaign page. If the cartoony artwork is too much for you, a slick minimalist white box option is available as an alternative. 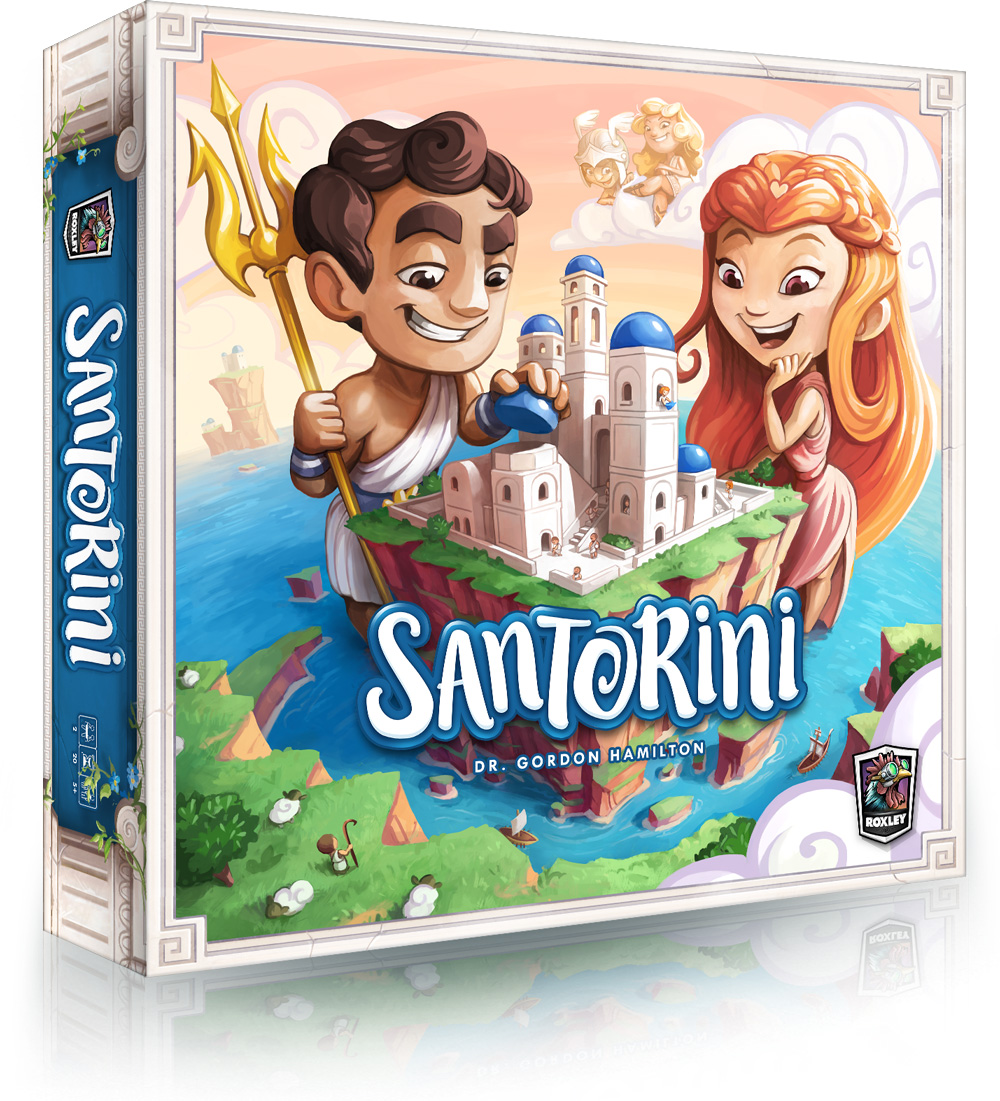 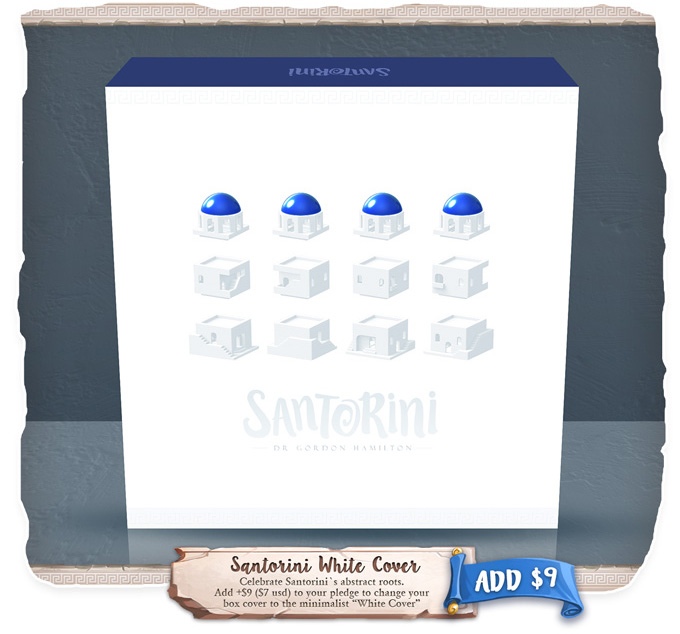