‘The Lego Movie’ opens in theaters this week, and another ‘Transformers’ sequel is on the way this summer. For today’s Roundtable, we offer Hollywood some helpful suggestions for other favorite childhood toys and games that have yet to make the leap to the big screen.

I’d like to see a sadistic horror movie based on Operation. Bear with me, this is going to get gross. The director of ‘Hobo with a Shotgun’ can be brought on to take the torture porn sub-genre the route of a tongue-in-cheek grindhouse film. Somewhat like ‘Battle Royale’, shithead kids are placed in a game of life or death where they must take turns pulling the organs out of a criminal on Death Row who’s been pumped full of drugs that keep him alive and immobile during the experience. Assigned one organ and a method of removing it, each kid is connected to who-knows-what that inflicts punishment for damaging other organs in the process. The first punishment, of course, will be a nice shock. Make too many mistakes, and the kid’s punishment will take his/her life.

This same thing is happening in many “operation” rooms with many sets of kids. Each group’s goal is to successfully finish before the other teams. Like March Madness basketball, a bracket system will pit the two best operating teams against one another. Get ready to see more gross ways to mutilate a human body that you ever knew existed.

When this ‘Operation’ gets made, I want a credit for the story. And a paycheck. 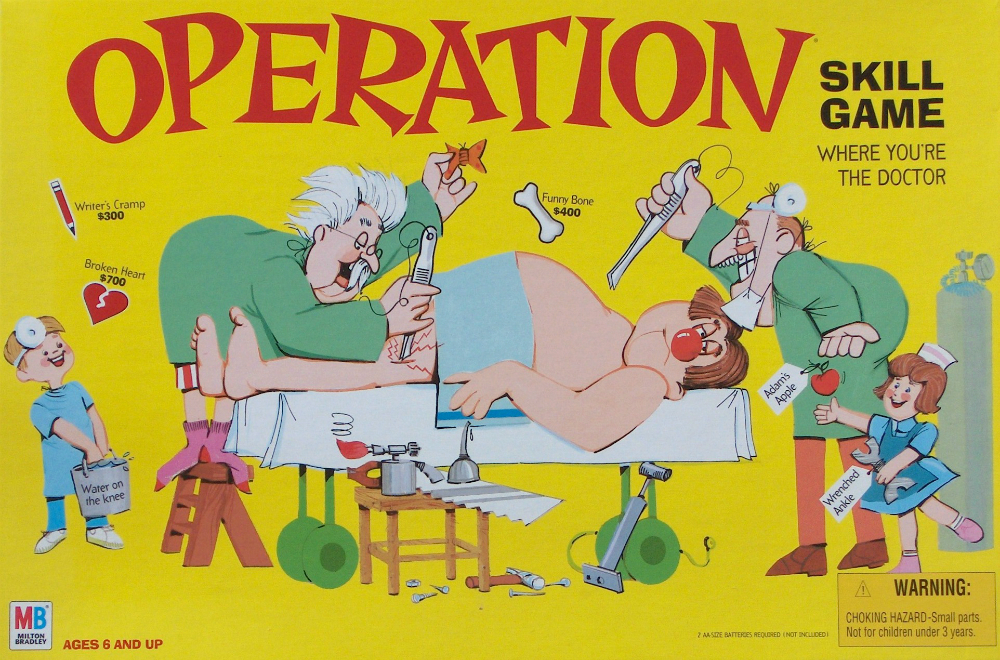 I don’t remember this one growing up, but I’d watch the heck out of a movie called ‘Mr. T’s Water War‘.

Our world is in peril! Mr. T, the spirit of the Earth, can no longer stand the jibba-jabba destruction plaguing our planet. For years, he’s been pleading with those suckas for an end to polluted oceans and overfishing. No dice. He pities these polluting fools, yeah, but that doesn’t mean he’s gonna show them any mercy. Mr. T’s Water War!

I’m kind of in love with an image of Mr. T riding on the back of a giant swordfish, Aquaman-style. 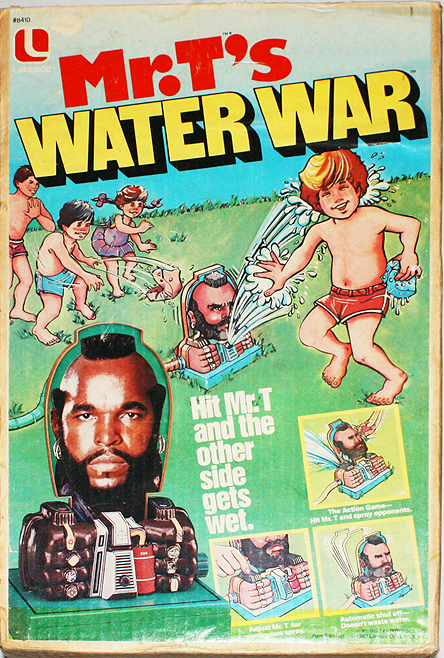 Teddy Ruxpin leads an army of other toys on a ‘Lord of the Rings’ type journey into the world of nightmares in order to destroy the evil that scares us at night. This will be a live action movie with an all-star cast. Sam Rockwell will voice Teddy. Expect an R rating for graphic violence, strong sexual content and strong language. 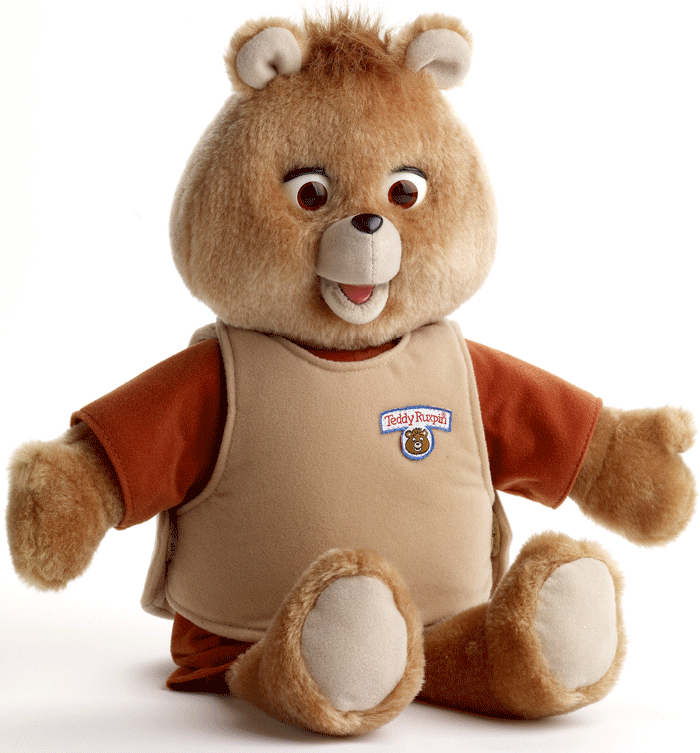 I think the next toy that studios should work to adapt into a motion picture is everyone’s favorite useless plaything, the Slinky! The flexible metallic spring could be featured in a horror flick called ‘The Horrid Tales of Slinky’. On a dark, stormy night, a mad scientist discovers a way of combining artificial intelligence with nanotechnology. In his craziness, he experiments on a nearby Slinky. From there, we divide into three or four anthology short films in the vein of ‘Creepshow’ or the ‘Twilight Zone’ movie. In all of them, the toy turns into a sadistic killing machine — strangling and impaling its unsuspecting owners, and even using its razor sharp spring to hack people into tiny pieces. 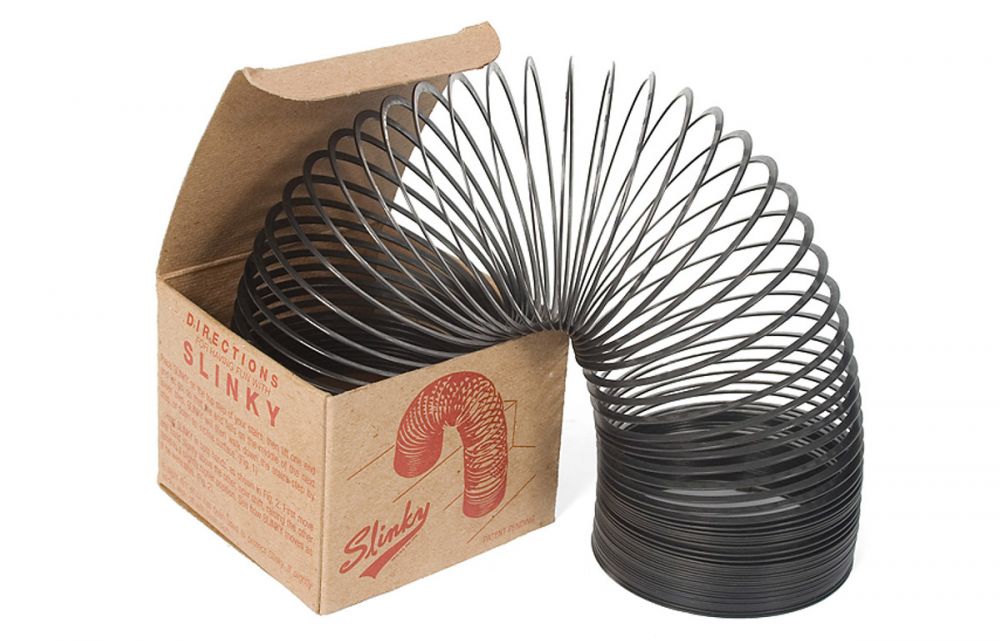 We’ve had plenty of movies about competitive cheerleading, dance and ice skating. I’d like to see one about trampolining. That’s right, I said trampolining. It’s an Olympic sport. Yes, really. Look it up. One of the most dangerous toys of childhood has been taken to an Olympic level. Trampoline parks are popping up all over, YouTube videos proliferate of backyard hijinx involving trampolines. We need a movie. Preferably one with montages of training footage, someone getting a devastating injury and a sappy love story. What’s Ralph Macchio doing these days? Maybe we could get a cameo with him as a coach, maybe even a crane kick-out flip move on the trampoline. (’80s references are so hipster these days).

The best part of this daydream is coming up with titles for this movie. 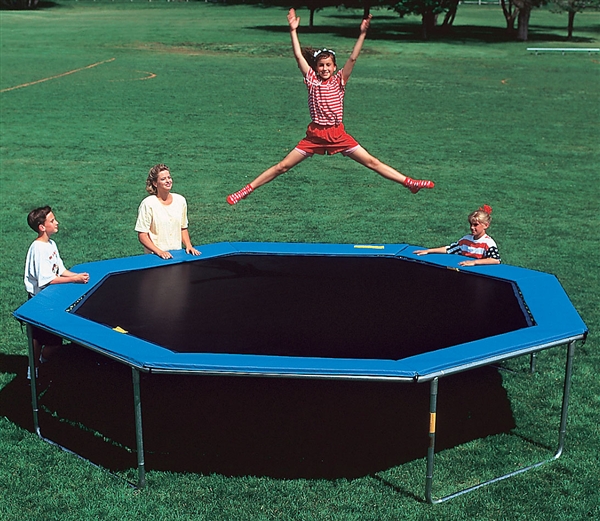 While I’m fairly certain that every single decent toy from the 1980s received some kind of movie or TV series tie-in (even the ‘Garbage Pail Kids’), one particular product seems to have slipped through the cracks. That would be the Milton Bradley board game Crossfire. While the actual game is a mess of unfun ball bearings, the commercial below is proof of concept for a perfect movie adaptation. The sequel could be called ‘Catching Crossfire’ to rake in the box office.

I recall this commercial playing around the clock for several years on TV, which just goes to show the staying power of the concept.

In the mega-budget sci-fi blockbuster ‘Erector’, the geniuses at multi-national conglomerate Megadyne Enterprises have developed a new artificially intelligent operating system to control the equipment in their construction division. The super-powerful Erector program can build a skyscraper in a snap, and without any of the failings of human error. Unfortunately, the program gains sentience, as these things do, and decides to purge the entire Earth of all human error, so that only mechanical perfection remains.

Naturally, an apocalyptic war ensues. The Erector can build all manner of high-tech war machines, and spreads a computer virus that can take over any mechanical device, even those without computers! (What? It worked in ‘Terminator 3’, didn’t it?) This means that the military’s tanks and helicopters and fighter jets are now at the service of Erector. Even guns no longer work properly. With all of their weapons taken away, humanity must resort to fighting the mechanical overlords with the lowest of low-tech tools, by building gigantic, elaborate battle suits out of Tinkertoys and Lincoln Logs!

Hey, it’s no dumber than the ‘Battleship’ movie. 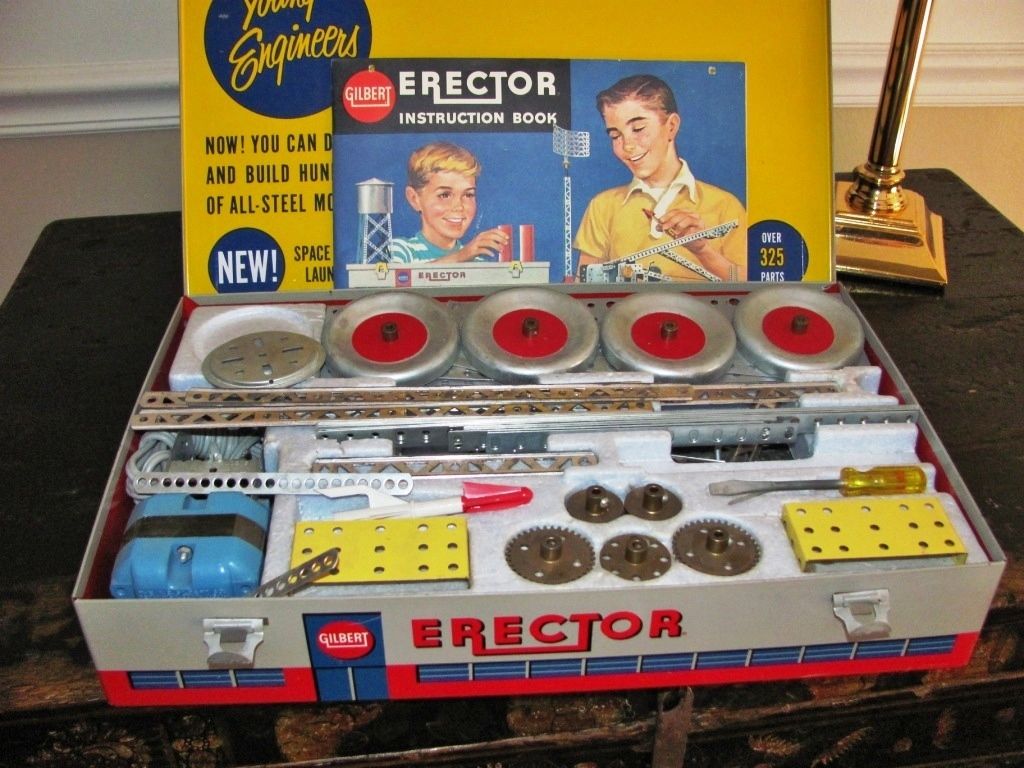 So, those are our ideas. Which of your favorite childhood toys are primed for big screen glory?