Roseanne Barr committed career suicide by Twitter this week, and ABC very rapidly announced an immediate cancelation for the revival of her self-titled sitcom, which had been a ratings smash this year. Already, however, there has been talk of continuing the show without Barr. Should that happen, which other disgraced celebrity with a troubled personal history could replace her?

Our expectation here is that the network would hire someone to play a new character, removing Roseanne from the Conner family. However, if you’d prefer to straight-up recast the role, go ahead and make a case for it.

Dan has divorced Roseanne, but he can’t take care of the family alone. Enter former disgraced President of the United States Frank Underwood (Kevin Spacey), who is also looking to put his life back together. Dan agrees to let Frank stay with the family in an effort to stay out of the spotlight, so long as he agrees to help out around the house. It isn’t long before Frank gives into his inner demons and attempts to control the entire family.

ABC would of course rename the series ‘House of Conners’.

Although I personally don’t watch the show and was never a fan during its original run, I don’t think ABC should cancel the family comedy series quite yet. I feel this is an opportunity to replace the controversial comedian with someone equally as controversial and offensive. I say that the world has had plenty of time to heal from the awful ugliness that is Paula Deen. Given that she’s back in the news again, I think it’s time for the celebrity chef to make her triumphant return to television. In order to save the thousands of jobs now lost, don’t cancel the show. Instead, replace Roseanne Barr with someone as equally insulting and embarrassing. 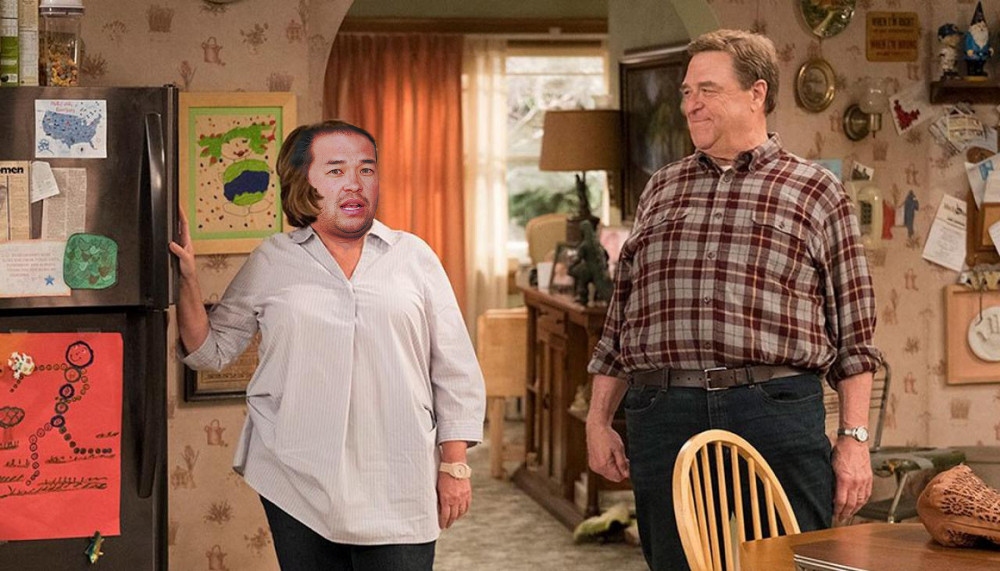 ABC has a few different directions it could go with this. Regardless of which is chosen, the show should follow the model of NBC’s ‘Valerie’, which was renamed first ‘Valerie’s Family’ and then ‘The Hogan Family’ after star Valerie Harper was ousted in a contract dispute. As such, it should be ‘Roseanne’s Family’ for one season and then ‘The Conner Family’ thereafter, switching networks to CBS in its final season. Sandy Duncan is still alive, but (as far as I know) doesn’t have any juicy scandals in her past, so she’ll sadly be ineligible to step in as Roseanne’s never-before-mentioned estranged sister.

If the network wants to substitute one problematic racist for another, the obvious answer would be to bring in Mel Gibson as a distant cousin who moves to Lanford after Roseanne’s tragic death. Unfortunately, I doubt Gibson wants to do television.

Charlie Sheen has spent a lot of time on sitcoms, though. He even has experience stepping in to take over a show after the departure of its star, as he did with ‘Spin City’. He’s just as crazy, if not crazier than Roseanne, and a case could be made that he’s a good fit in that regard. The problem is that he’s very unstable and another major public meltdown seems like an inevitability.

Perhaps the best option would be Brett Butler, whose sitcom ‘Grace Under Fire’ was obviously cut from the ‘Roseanne’ mold and even ran back-to-back with it for a while. It had a very similar blue collar, middle America sensibility. Butler’s show and career eventually flamed out due to drug abuse and “erratic behavior,” and she was reportedly even homeless for a time. However, she had a small comeback a few years ago with a recurring role on Charlie Sheen’s ‘Anger Management’ sitcom. She’d be as good a choice to slot into ‘The Conner Family’ as anybody.

Would you rather see Lindsay Lohan take over ‘Roseanne’? How about Kanye West? Give us some of your picks in the Comments.