A lot of new movie posters have popped up recently. Thankfully, we start to get more unusual posters around this time of year, not just floating heads with a bunch of names plastered above them.

After watching the first trailer for ‘Chronicle’, I have some reservations, since it looks like a superhero movie done ‘Cloverfield’ style. But part of me really wants to see it. Three friends gain superpowers from a mysterious object, and they use those powers how any teenager would – by pulling elaborate pranks on the unsuspecting public. However, the stakes rise as their powers become too dangerous to just play around with.

I’m a big fan of this poster because it leaves a lot to the imagination. A simple Seattle skyline is set against a gray sky with three silhouettes floating above it. It gives the movie a very ominous, mysterious feel. 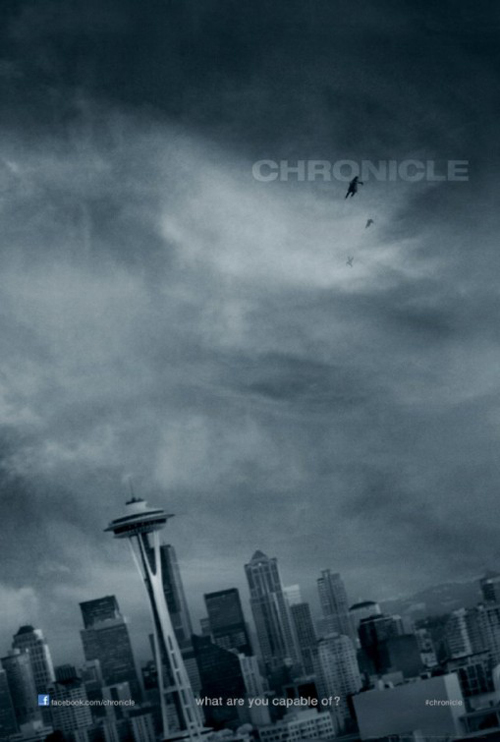 Since the last two Posterizing articles featured ‘In Time’ posters, I couldn’t leave the movie out this time around. I feel like I’m on ‘In Time’ watch, counting down the days, minutes and seconds (literally) until I get to watch Justin Timberlake in a futuristic action movie. I must admit that the premise is somewhat engaging. People have set amounts of time, and they use it to purchase goods. Once your time is up, you’re dead.

This poster looks like a scene lifted straight from one of Timberlake’s music videos. I have to laugh every time I see Amanda Seyfried with that hair style, because black-cropped hair with straight bangs like that is the most clichéd futuristic hairdo for women in sci-fi movies. 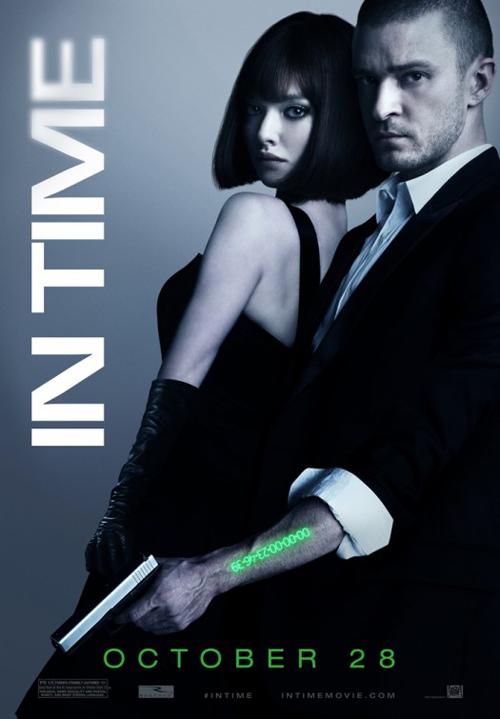 I’m a big fan of the pulpy feel of this poster. It gives the movie a Guy Ritchie/Quentin Tarantino feel. Ever since ‘In Bruges’, I’ve looked at Colin Farrell in a different light. He can be a fantastic actor when he’s given the right material. ‘London Boulevard’ looks like it has definite promise. 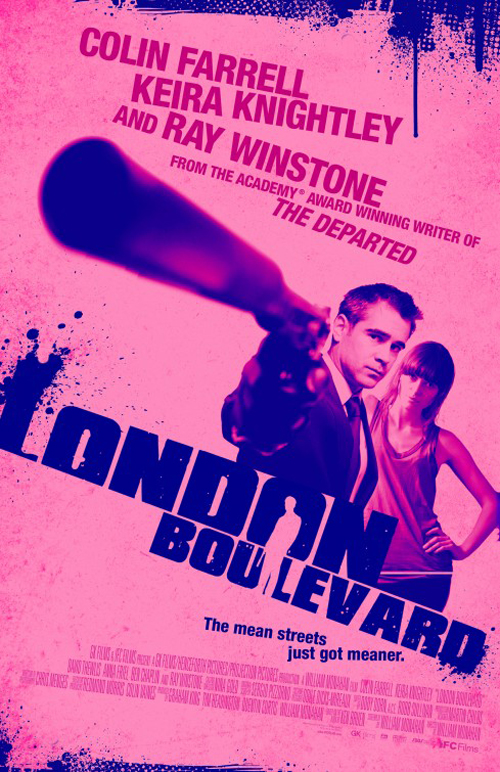 This is perhaps my favorite new poster of the week. How can you not love the dime-store comic cover that totally harkens back to World War II? This is a really, really sweet poster. It’s one of the best I’ve seen recently, and one that would definitely look good on someone’s wall. You almost don’t expect to see the 2012 date on it with that artwork. And that’s the point. This poster does a marvelous job at transporting you back in time. 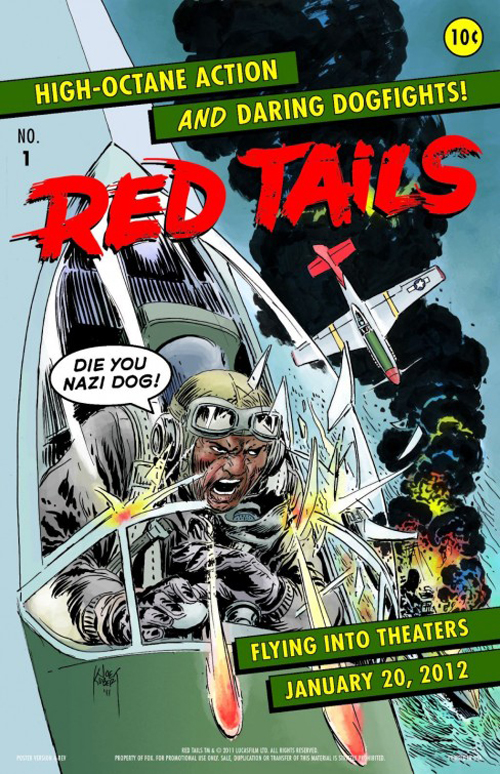 This poster makes me laugh. How many more of these star-studded romantic comedies revolving around holidays are we going to do? This is the only way the studios can sell these movies. There’s no doubt that this one is going to be about 20 different clichéd New Year’s Eve stories packed into one movie. Just in case that doesn’t entice you, here’s a poster plastered with names and recognizable faces. The studio is hoping you look at it and say, “Wow, look at all those stars! It’s just gotta be good, right?” 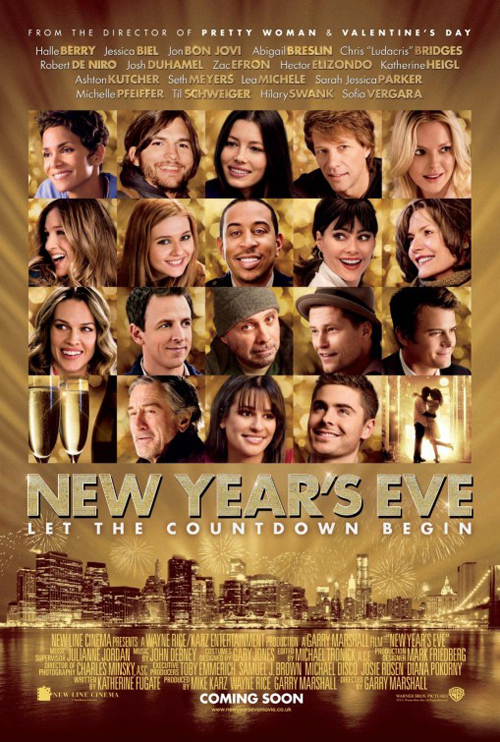 This is a perfectly apt poster for a movie about a sex addict, played by Michael Fassbender, who lives in New York City. These simple posters usually provoke the most response from me. No fancy graphics, no large floating familiar heads, just a simple picture that you’re able to interpret on your own. 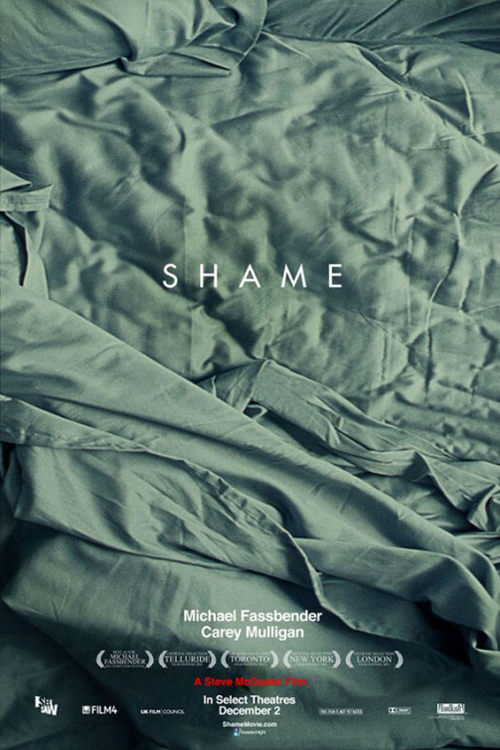 I loved Dr. Seuss’ ‘The Lorax’ when I was a kid. It was probably my favorite Seuss book. Without even looking at the bottom of the poster, you’re able to tell from the picture that this is going to be another CG animated feature presented in 3D. I still have hope for the movie because the source material is so sublime. I know that it will need to be fleshed out a ton, because the book is only a few pages, but if someone can make ‘Cloudy with a Chance of Meatballs’ into a hilarious, worthwhile movie experience, then someone can do the same here. 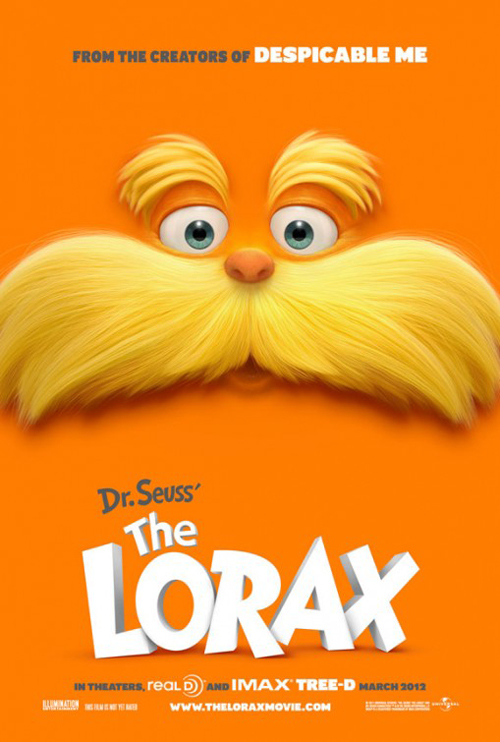 In the spirit of October, ‘Human Centipede 2’ got a poster. I wish it hadn’t. 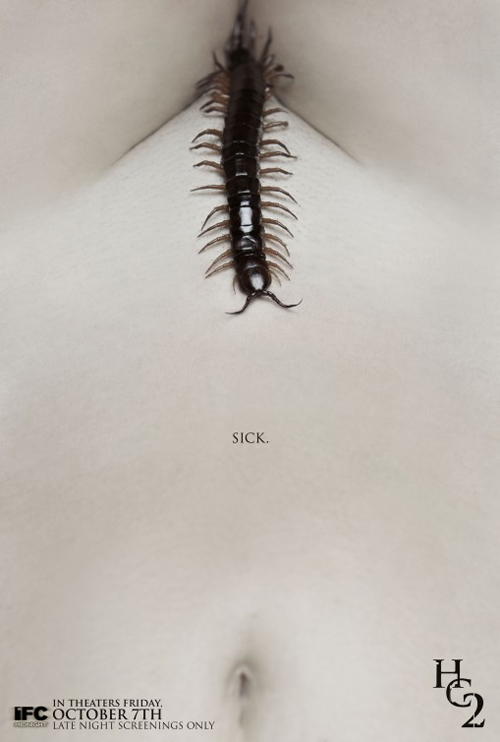