Cannibalism seems like the sort of thing you’d work your way up to in a game of Truth or Dare, but nope! Alex is munching on bits of her boyfriend in round one.

Well, it could be worse. The last time someone played Truth or Dare in this stately, demon-infested manor, the lone survivor had to pour a bucket of acid over her head. But hey, that was way back in 1983. The cops wrote all those teenagers off as loons, and now the place is up on spookyrentals.com, just waiting for a wannabe YouTube sensation to go viral with another game of Truth or Dare in a haunted house. Spoiler: It doesn’t go well. 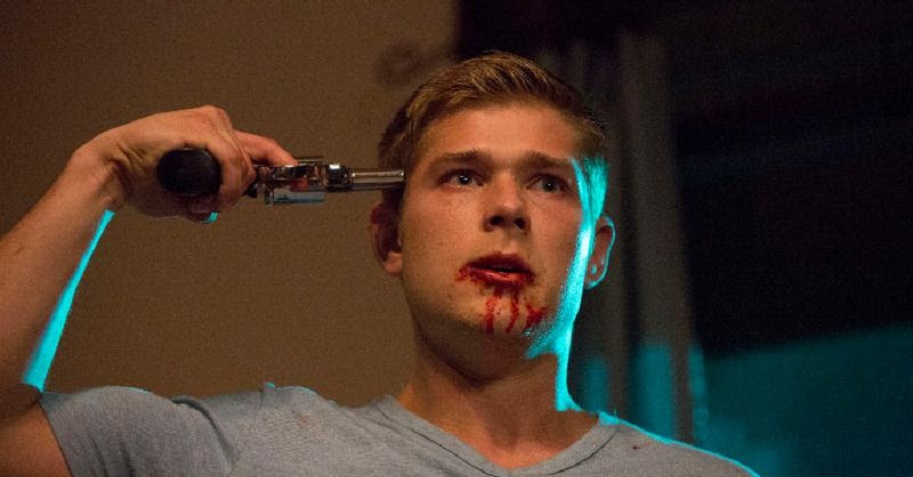 Not to be confused with that other Truth or Dare or the other other Truth or Dare, this SyFy Original is light on logic but pretty incredible anyway. I mean, it’s about a demon who is only capable of preying on teenagers who go to this specific abandoned house to play Truth or Dare. Heather Langenkamp has a small but memorable role as the sole survivor of what is apparently the demon’s only other attack, ever. Flipping the script from her iconic turns as Nancy in the Nightmare on Elm Street franchise, Truth or Dare gets to slather Langenkamp in melted flesh makeup, speaking ominously about the centuries-old tradition of this particular game. Her nameless demonic nemesis doesn’t offer its victims a choice between “Truth” or “Dare.” The idea is that the dares themselves reveal a truth about the player: a secret, an obsession, a past sin. And it pretty much always results in self-mutilation. 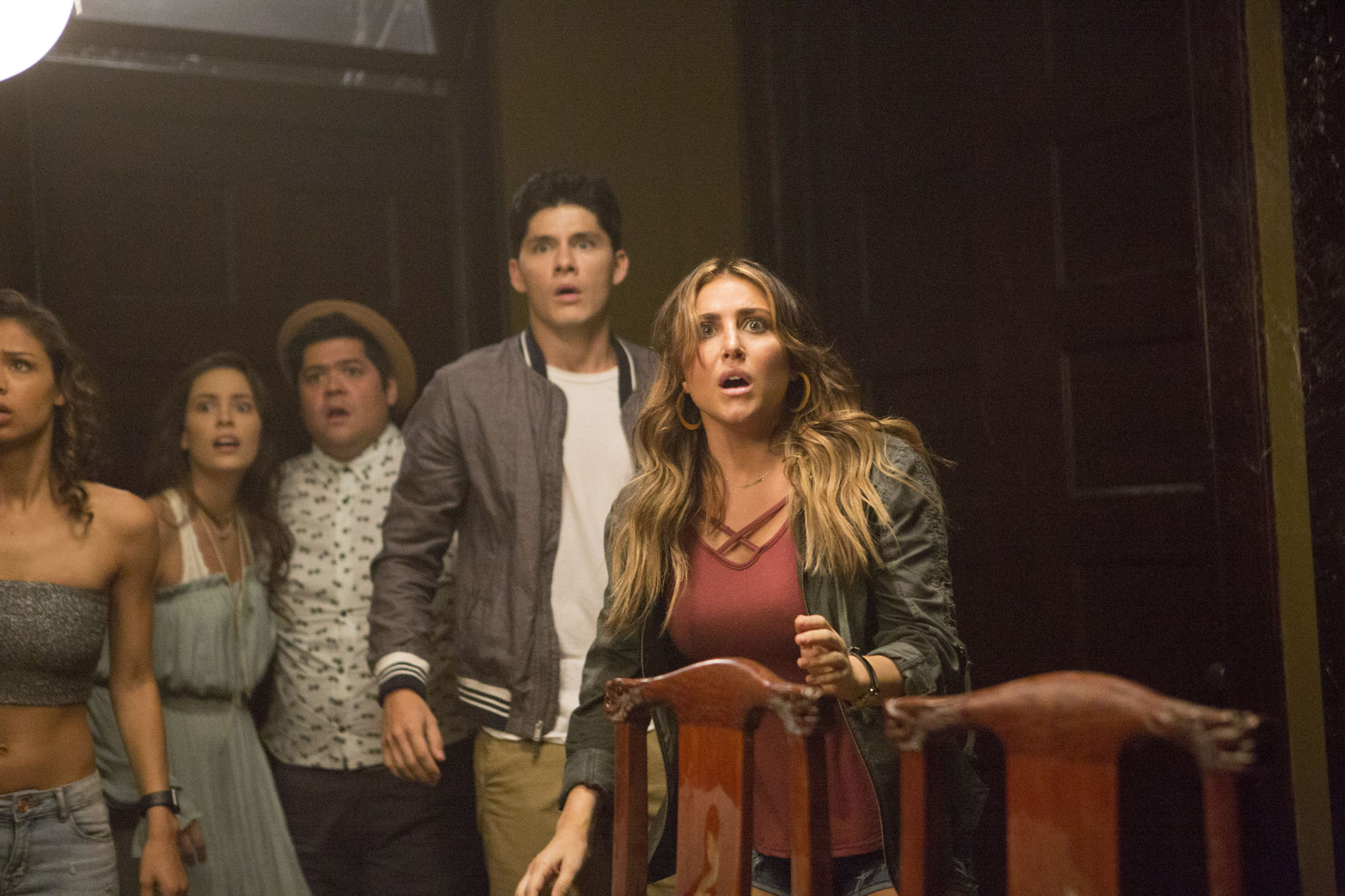 You don’t need me to drone on about the beats of the plot or rattle off a long list of characters. You’re here for the mayhem – everything from DIY dentistry to guzzling deadly Mystery Juice to confronting a fear of creepy crawlies that’d make E.G. Marshall beam with pride. Sometimes the dares are dementedly appropriate for a particular player. Hey, Sports Scholarship: Smash your knee in with a baseball bat! Secret Hit and Run Guy, are you ready to be on the wrong end of an SUV? Other times, it’s just general torture, like multiple rounds of Russian Roulette or ripping off a mandated number of body parts.

If you don’t do a dare, the dare does you. If someone decides to not hang himself, a noose will erupt through the ceiling of his dorm room and strangle him, livestreaming his slow, painful death to his buddies’ phones. I’m not quite sure how the dare does you applies to all of what unfolds, however. Take, oh, “Rob a gas station,” for instance. I mean, I’m sure that blowing off that dare would almost certainly lead to grave injury or death, but what specifically would happen? Would a sentient 7-11 bust through the wall like Kool-Aid Man and hold up one of these kids at gunpoint? Alas, the victim in question follows through with the dare, so I guess we’ll never find out. Maybe in the sequel, he says with fingers crossed. 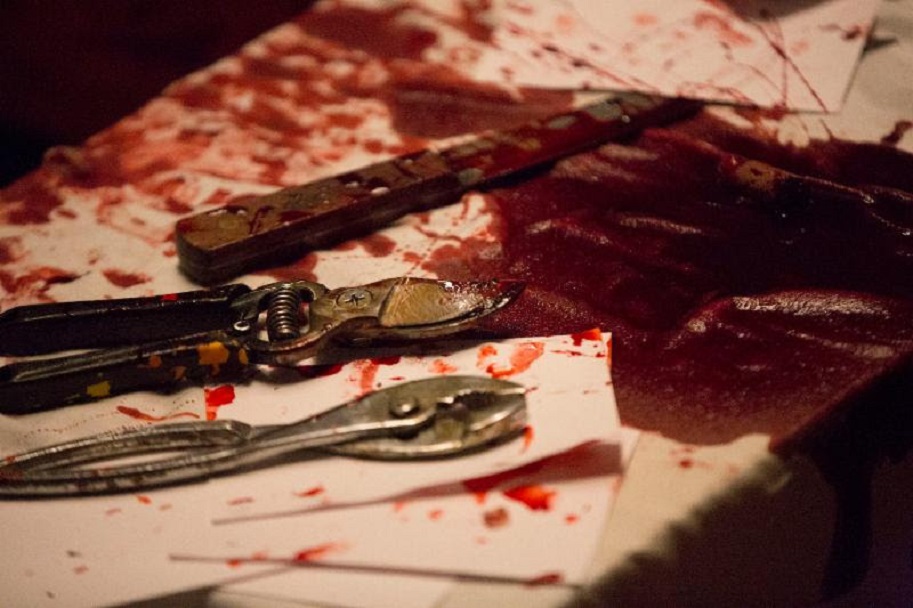 I don’t want to sound like I’m ragging on Truth or Dare, though. First of all, it was penned by Thommy Hutson, who’d previously written the exceptional documentaries His Name Was Jason and Never Sleep Again: The Elm Street Legacy. Any lapses in logic or curiosities in the mythology aren’t oversights; they’re loving homages to supernatural thrillers of years past. I appreciate that everyone in the group immediately understands the gravity of this threat. There aren’t any skeptics who have to be convinced. Any disbelievers quickly realize how wrong they are. That everyone is terrified makes this hellspawned entity feel that much more dangerous, and it furthers a sense of camaraderie. They’re not in this alone, and the key to survival is teamwork – in outplaying the demon at his own game, in much the same vein as Final Destination.

The cast across the board is terrific, elevating characters that are already better written than average. Hutson and co-writer Ethan Lawrence ensure that this large circle of friends doesn’t come across as overly familiar archetypes. There aren’t any lazy crutches to lean on like The Raging Prick or The Dimwitted Easy Girl. Heck, even the resident college sports star doesn’t bludgeon you over the head with the fact that he’s a jock. It’s handled remarkably well and without reams of backstory that would’ve just gotten in the way. Truth or Dare is genuinely interested in their personalities and their relationships, and I wound up being able to say the same as well. 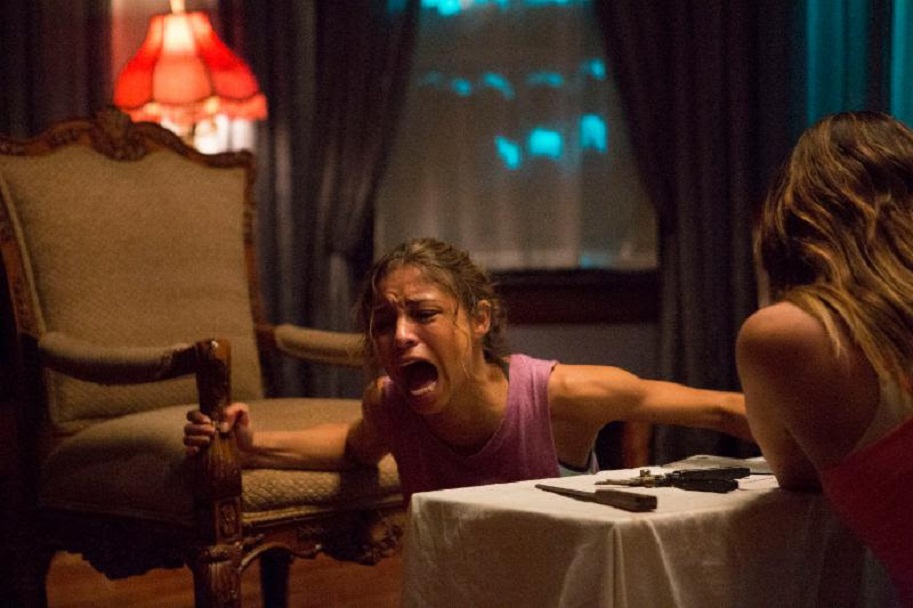 This is a taut, well-paced thriller that strikes a brilliant balance between the fun of ’80s horror junk food and grueling, visceral Saw-styled torture. I don’t know how different this cut of Truth or Dare is from what aired on basic cable a couple years back, but the imagery can get nightmarishly graphic, especially near the end. It’s been a little while since a movie left me squirming and uncomfortable on my couch like this, and I mean that in the best way possible. Mutilation is difficult enough to watch, but when these characters are forced to do it to themselves…? Oof. Hats off to director Nick Simon as well. Truth or Dare looks like a much more lavishly budgeted movie than I’m sure it was, outclassing quite a few theatrical releases I’ve come across recently. The effects in particular look marvelous, and nearly all of it was captured in-camera and with minimal CGI.

Truth or Dare is currently streaming on Netflix, and it’s well-worth adding to your watch list.