Moral of the story: the gig economy saves lives. At least, if Dawn and Tara had called an Uber rather than drunkenly bickering over car keys, they wouldn’t have wound up in the crosshairs of a psychopathic, murderous clown.

Okay, sure, if Art the Clown hadn’t decided to stalk and slash these two women, the guy wouldn’t have just slumped home disappointed. He stormed out on Halloween night armed to bear, lugging around a trash bag fat-packed with rusted hacksaws and homemade razor whips. If it hadn’t been them, it woulda been somebody. But still, there was Dawn, arguing on the street with Tara that she wasn’t too drunk to drive. He stalks them as they scarf down a couple of late night slices at a nearby pizza joint. He stalks them as Tara dashes into a rat-infested building to pee. He stalks them as… No, actually, the list ends with this hopelessly isolated, labyrinthine, all-but-abandoned complex. It is, after all, an ideal hunting ground for this evening of murder and mayhem. 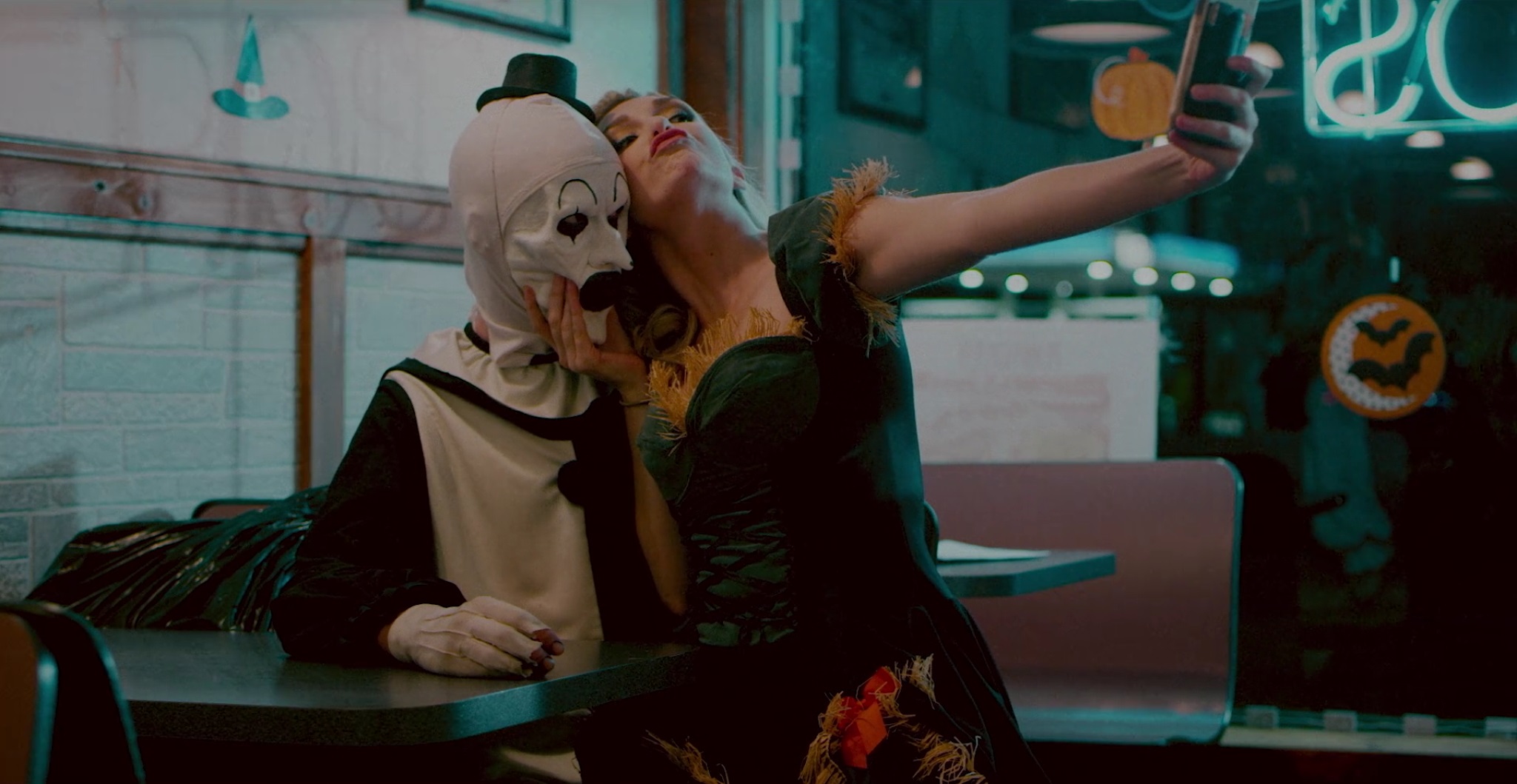 Terrifier is a love letter inked in blood and etched on human skin to ’80s slasher cinema. The faux grain, its synth-centric score, the rhythm of its cuts, and even the lighting all evoke something that could easily have emerged from the class of 1982. Ignore the iPhones and occasional texts, and you’re practically looking at a period piece. This extends to the stage blood and foam latex viscera. If there’s any digital splatter in here, it’s so seamless that I couldn’t spot it.

And, in the proudest ’80s tradition, Terrifier delivers a slasher icon in Art the Clown. The combination of a memorable costume and the disturbing grin perpetually smeared across Art’s face has haunted me for several nights now. The past couple of decades have been light on franchise-worthy killers with this sort of personality, presence, and unforgettable visual style. Maybe we won’t see Art the Clown wreak havoc in as many theaters as your Michael Myerses or Freddy Kruegers, but he stands (and slashes) with the best of them. 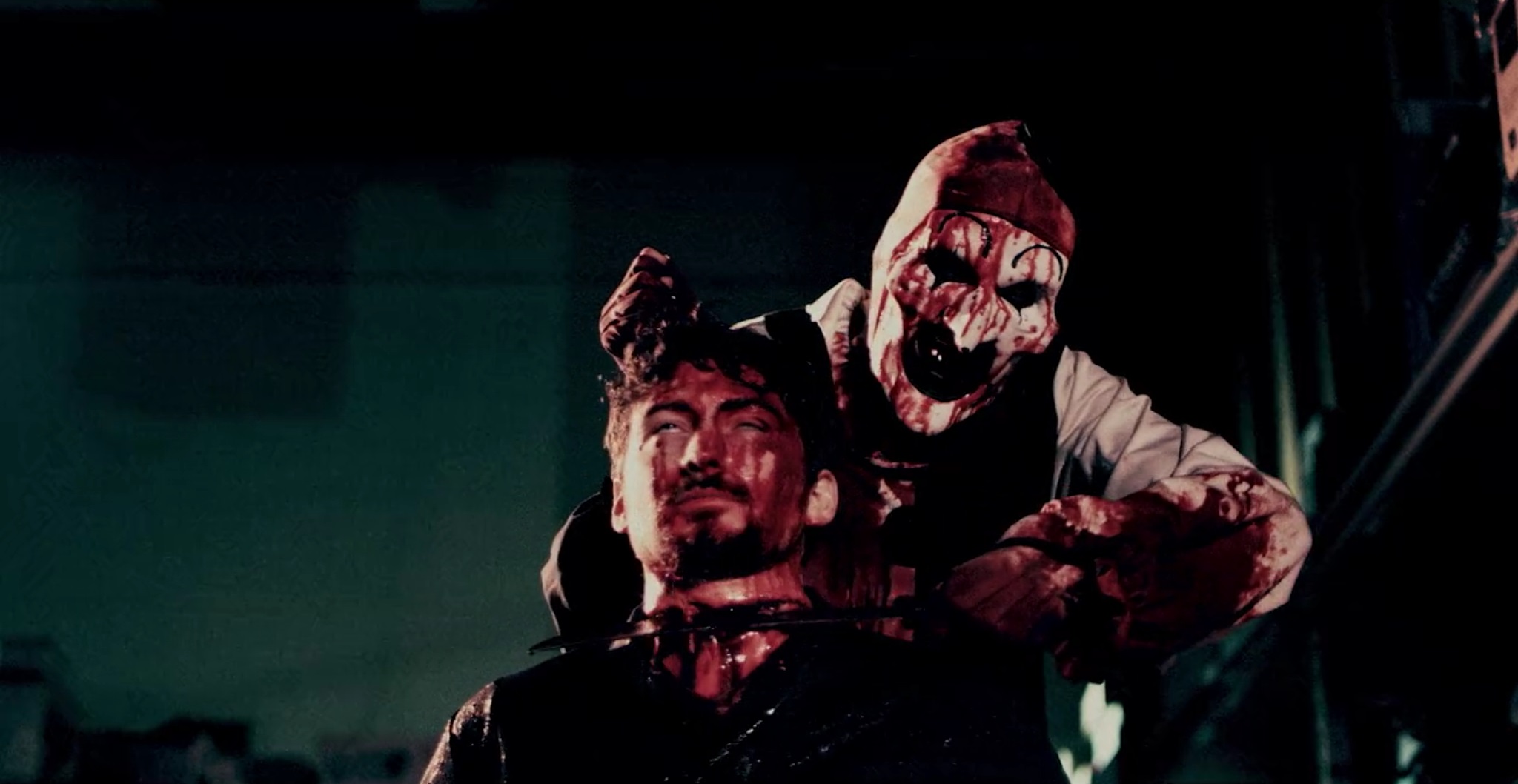 Key to the allure of Terrifier is that it lovingly embraces so much of what has drawn me towards ’80s slashers for decades now and yet is equally eager to shatter the formulas those movies established. The traditional framework introduces a large group that’s gradually whittled down to one Final Girl. Terrifier prefers instead to start with a couple of characters and wrangle in more over time. And they’re not merely brought in just to be hacked to ribbons in the space of a single scene, as is so often the case in vintage slashers. Is the storytelling on the thin side? Sure! Do Tara and company have a nasty habit of wounding Art, only to run away without finishing the job? You know it. Still, there are rules about what kinds of weapons Art is allowed to use that go ignored. There are rules about who’s supposed to die in which order that, too, are dismissed. It’s a brilliant combination of ’80s slasher comfort food and the uncertainty of the rug being yanked out from under you at any moment. Terrifier is continually surprising, and that’s not something I can often say about this sort of movie. 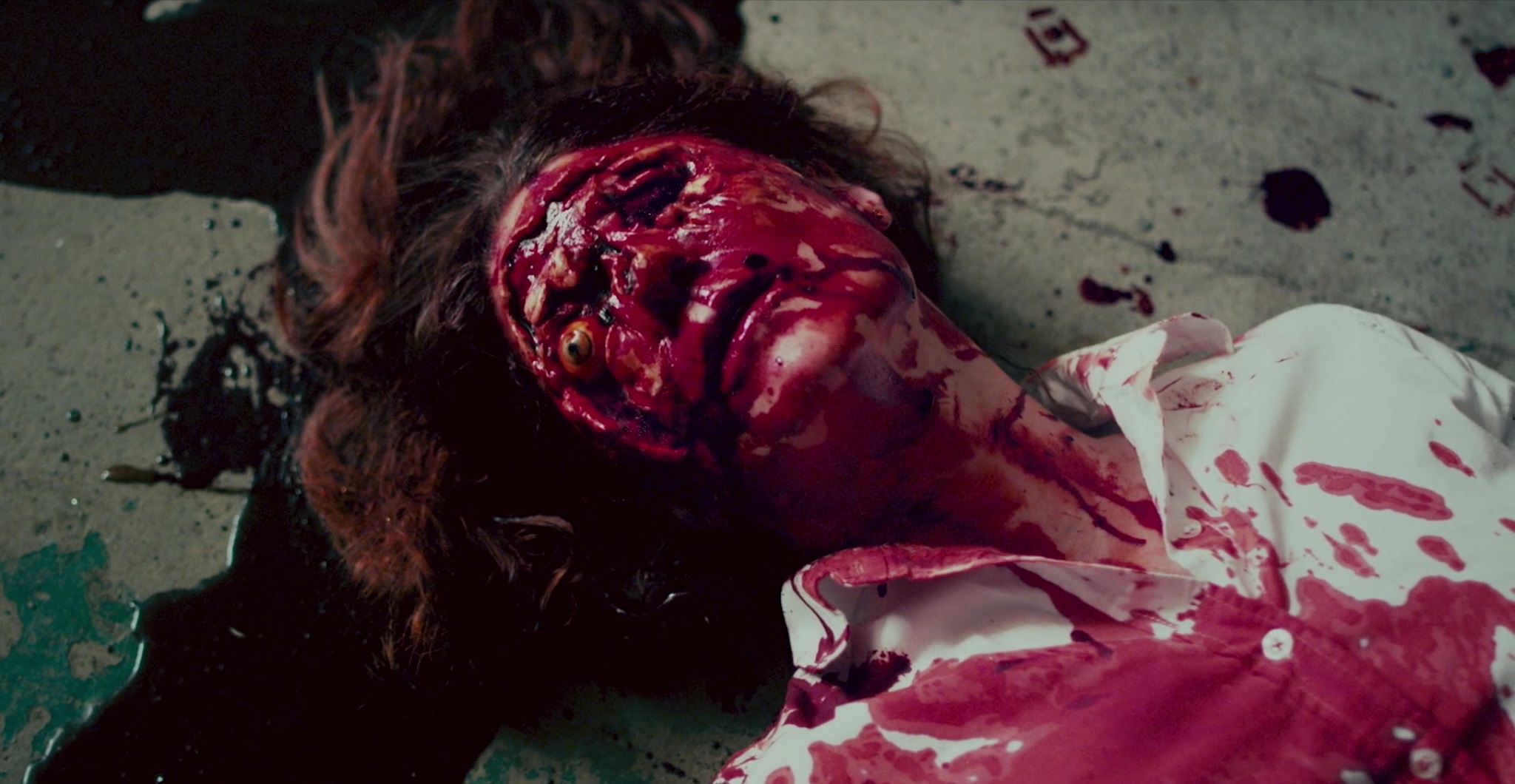 Terrifier proves ably capable of establishing genuine tension and dread. The key players are considerably talented, far outclassing most of the actors from the Golden Age of slashers. (And by “key players,” I guess I mean everyone aside from a crazy cat lady that’s easily the worst thing about the movie.) The extensive splatter is dementedly imaginative, masterfully executed, and wildly over the top, repeatedly leaving me with that awestruck sense of “I can’t believe they just did that!” The attacks throughout Terrifier are so sadistic that even this seasoned slasher fanatic found himself having to turn away at times. 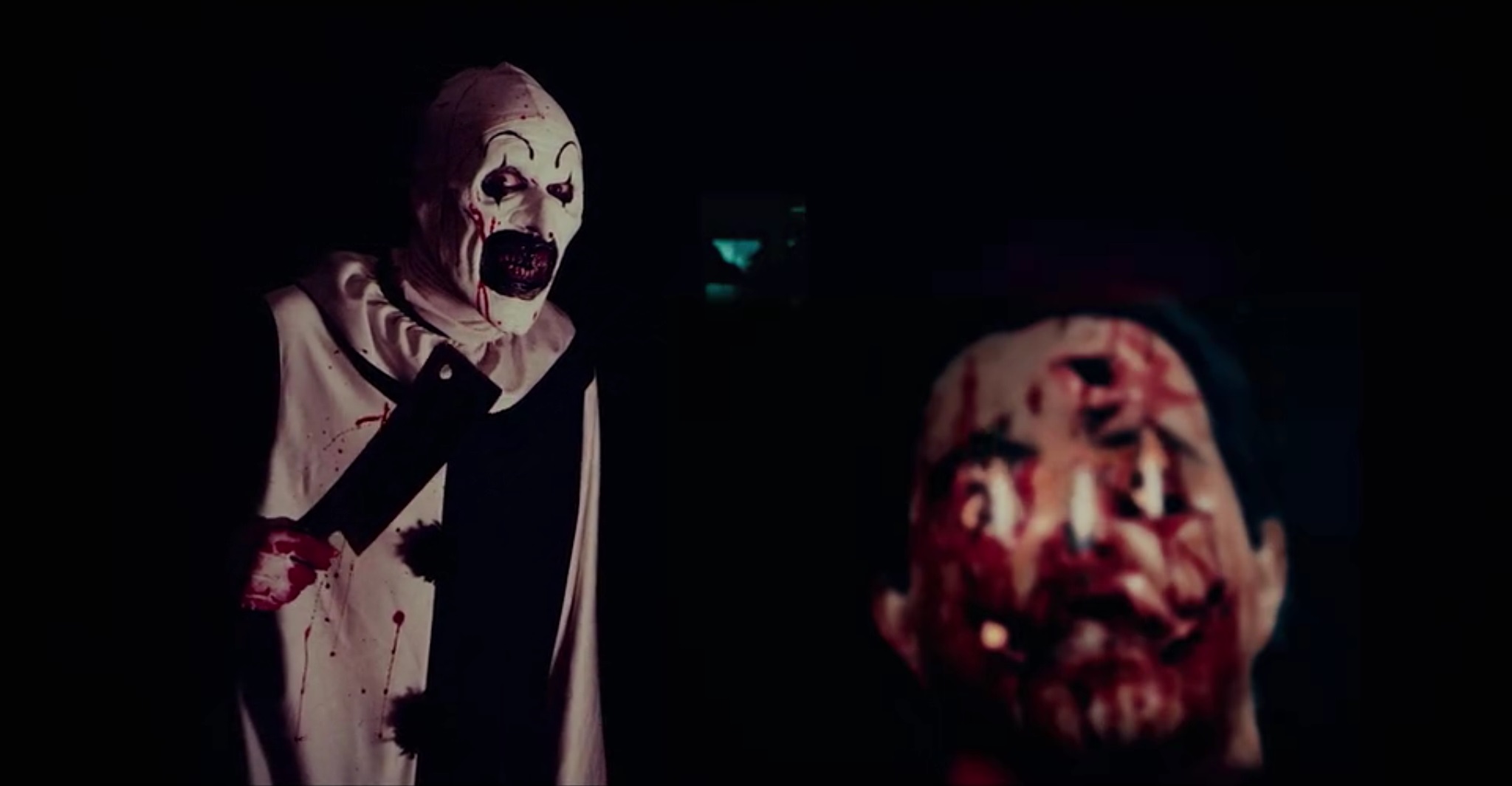 There’s so much more that I’m aching to write about Terrifier, but I don’t want to spoil any of its many shocks or surprises for the uninitiated. I’ll just say that writer/director Damien Leone has captured so much of what I love about ’80s slashers without simply settling for more of the same. A special edition Blu-Ray release is available directly from producers Epic Pictures, but if you’re running out of space on the shelf or just want to get a taste first, Terrifier is currently streaming on Netflix.