I know, I know… another Japanese dark comedy chop-socky Claymation romantic zombie volcano musical epic. But this time, it’s a movie the whole family can enjoy!

The Katakuris have had a rough go of it, from unemployment to imprisonment to being on the wrong side of infidelity. No string of bad luck can last forever, though, right? Papa Katakuri thinks he’s at long last found a way to turn things around, band his perpetually ailing family together, and make a fortune along the way. A major highway is in the works in this mountainous region of Japan, inspiring four generations of Katakuris to work together and restore an old inn. Oodles of visitors are certain to flood in any day now, marveling at nature’s majesty and enjoying the sort of hospitality only a loving family can provide. Any day now. Aaaaaany day now… 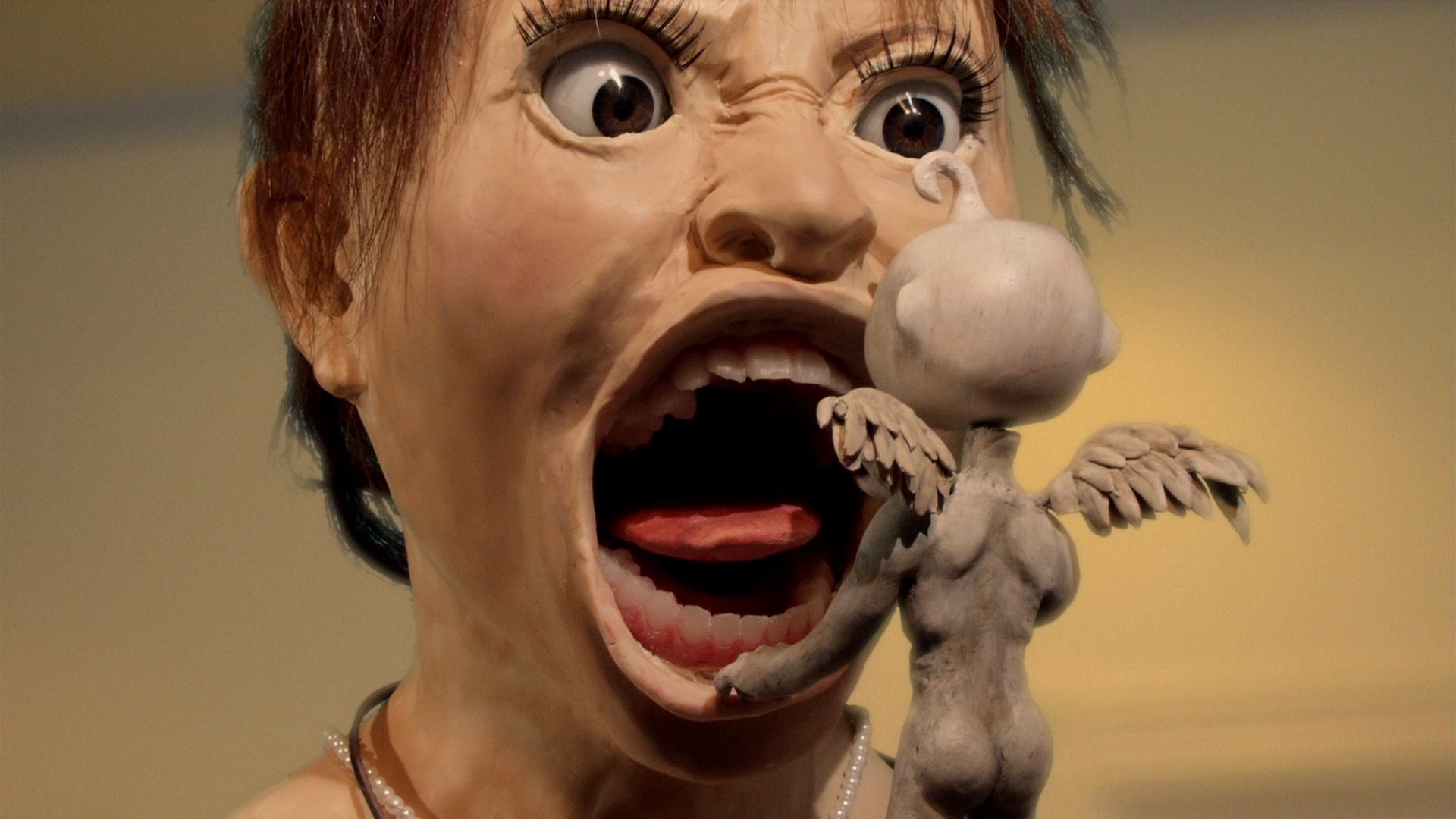 They keep baking sugary cakes and changing the linens, but the White Lovers’ Guesthouse has yet to host a paying customer. And when they do… well, the sad sack carves a makeshift shiv out of his room key and jabs it through his jugular vein. The Katakuris could call the police, but who’d want to stay at an inn where the very first guest took his own life? The family can’t let word about this get out, so they take it upon themselves to hide the body.

Whew! Crisis averted. Until the next guest unexpectedly keels over, at least. And the next. And the next. The bodies keep piling up. There’s the panic of construction crews possibly unearthing all these unmarked graves. The cops could be beginning to sniff around. And that mountain just off in the distance is starting to spew smoke… 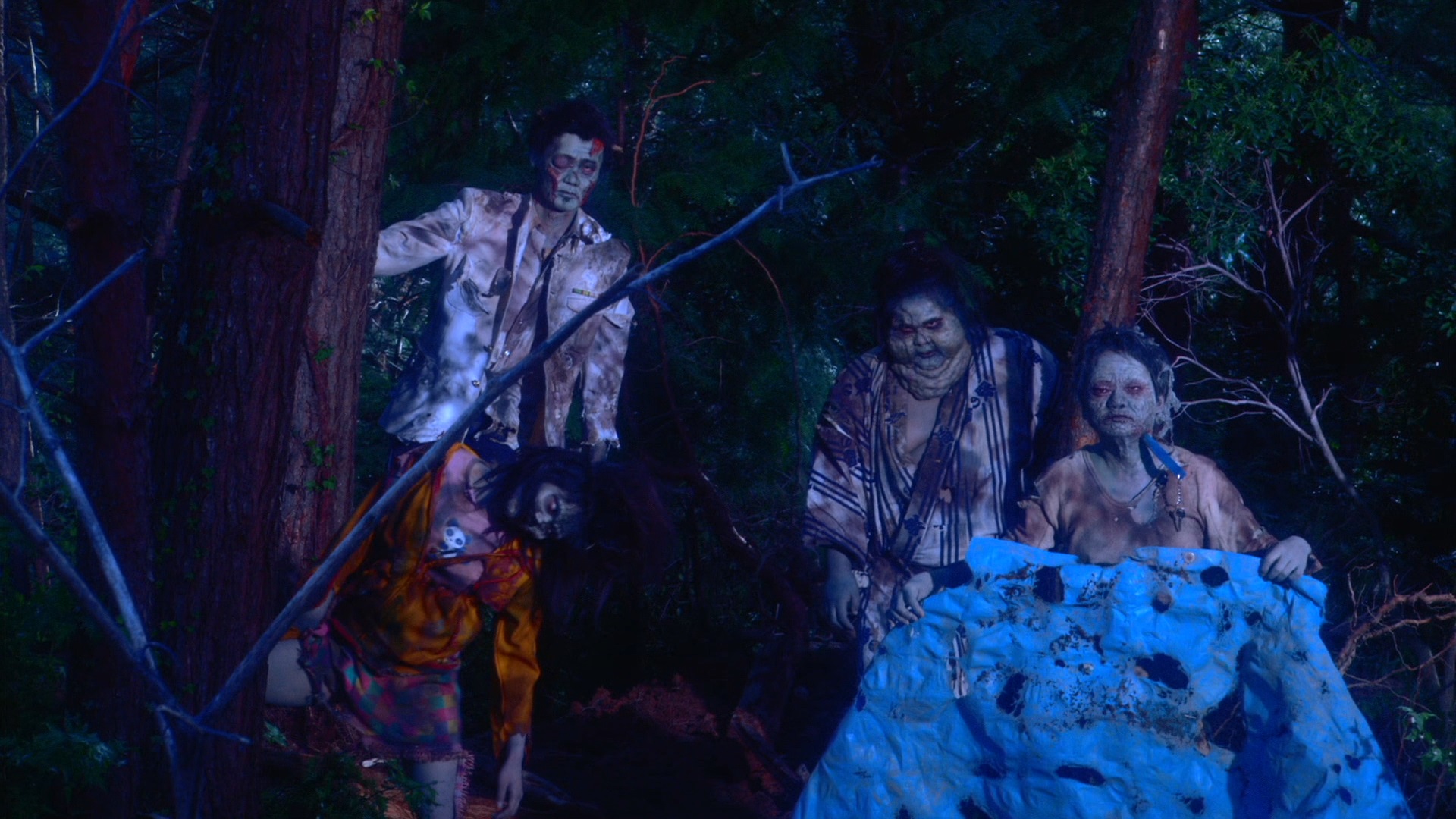 No matter how surreal you’d imagine a musical by the hyper-prolific director of Audition and Ichi the Killer must be, The Happiness of the Katakuris is even more bizarre still. I mean, Takashi Miike’s film opens with a fanged demon plucked out of a bowl of soup, ripping a Claymation uvula out of a diner’s mouth, chasing the floating, heart-shaped organ all over town, and devouring it shortly before he himself is eaten, with severed limbs and an eyeball left rolling around a dusty attic. The remainder of the film is nearly as likely to transition to grotesque stop-motion animation as it is to break out into song.

We’re not exactly talking bravura choreography and cinematography for its many musical numbers. This is just one of something like eight feature-length releases that Miike directed in 2001, so it’s not as if there was all that much time to rehearse. Still, The Happiness of the Katakuris always remains visually interesting. The selection of songs plucks from a wide range of genres, including rock, sweeping pop, the swooning strings of romance, something kind of salsa-esque, and a jazzy number. A couple of them are still bobbing around in my head hours later. 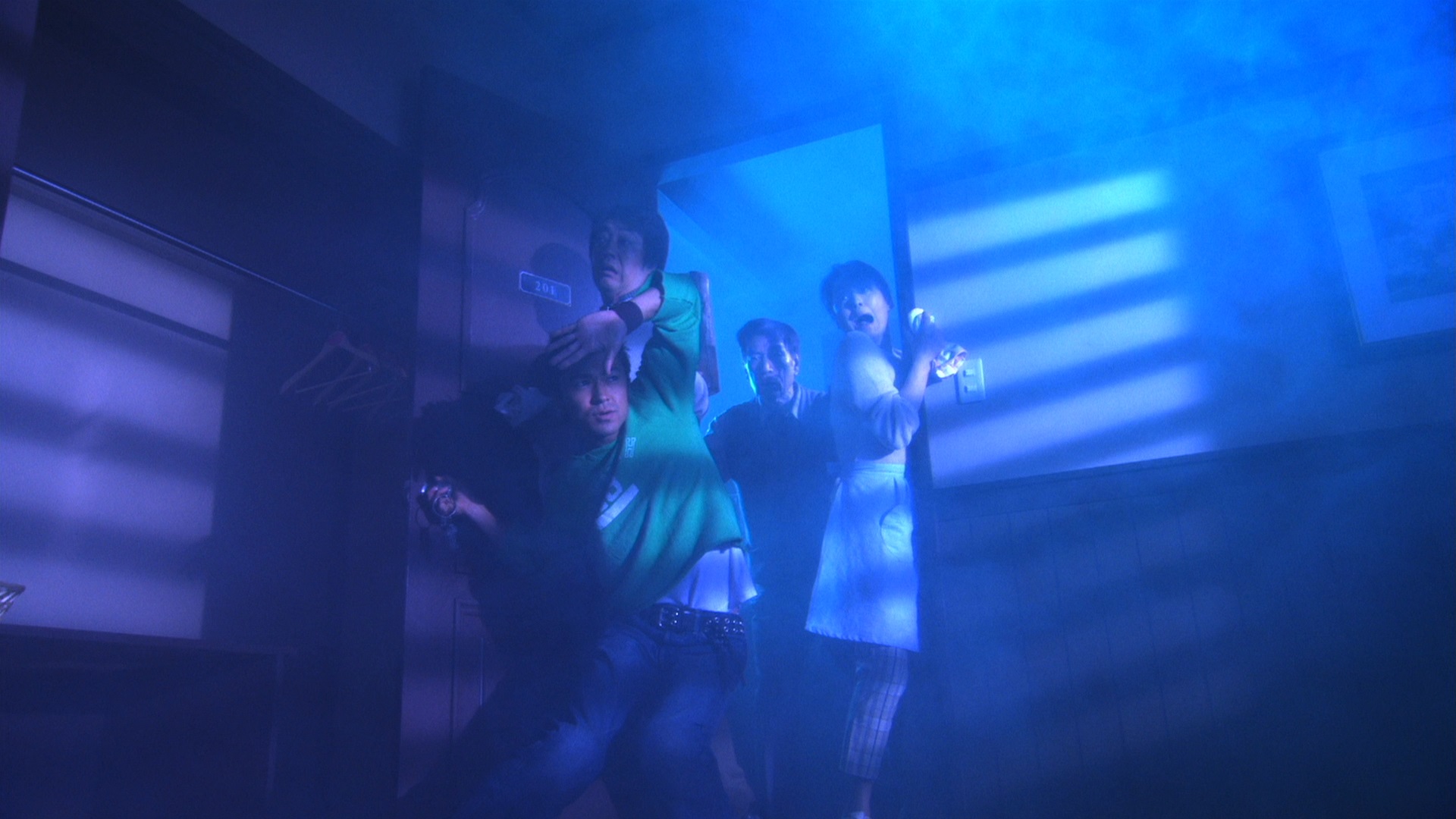 If The Happiness of the Katakuris hadn’t aimed any higher than weird for the sake of weird, I’m sure I still would have loved it. There’s sincerely plenty of substance to go with the surreal, however. I’m surprised how emotionally invested in the Katakuris’ many plights I found myself. Despite the size of the clan, each member of the family is still afforded a distinct personality. They’ve all suffered some sort of loss. Nearly all of them are trying to reclaim something. Regardless of the Katakuris’ many failings, the overriding message is that family is stronger together. You’re treated to that heartfelt moral, as well as sumo sex, dancing corpses, and a decidedly Japanese grifter passing himself off as a long-lost member of the British royal family. There’s truly something for everyone!

Arrow Video released a decked-out Blu-ray special edition of The Happiness of the Katakuris a few years back, complete with two audio commentaries, seven interviews, a half-hour documentary, a featurette on the stop-motion animation, and a lengthy visual essay about Takashi Miike’s body of work. It’s also streaming on Amazon Video at no additional charge for Prime subscribers.