By now, I’m sure that absolutely everyone has listened to those infamous recordings of Mel Gibson’s hate-filled, racist tirades against ex-girlfriend Oksana Grigorieva. You’d have to be in a coma to miss them. Gibson’s agency has dropped him as a client, and speculation has it that his career as an actor may be over forever. That’s certainly bad news for the producers of his two upcoming movies, ‘How I Spent My Summer Vacation’ and ‘The Beaver’. Jodie Foster directed him in the latter, which may not even get released now. So, what say you? Would you watch a new Mel Gibson movie after this incident?

When Christian Bale blew up at his cinematographer on the set of ‘Terminator Salvation‘, he directed his rage at the man and his (alleged) incompetence. He was pissed. It’s unprofessional, but understandable. Likewise, when Alec Baldwin left those nasty voicemails for his daughter, he said some awful things that a parent should never say to a child. He definitely lost his cool there, and shouldn’t have. In both cases, these were PR disasters, but not insurmountable career obstacles. Audiences have (largely) already forgiven both. 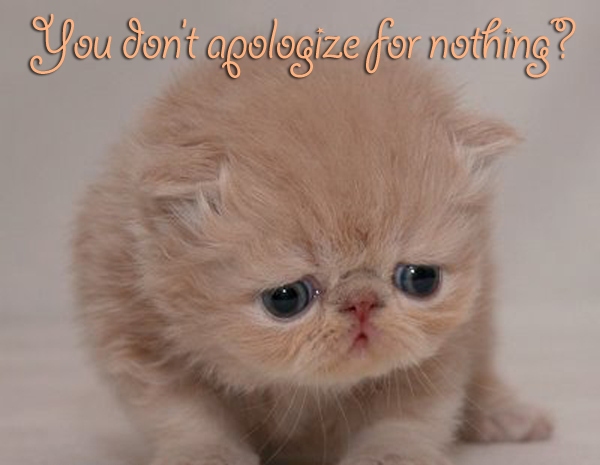 Even at their worst, neither Bale nor Baldwin ever went off on a vile, racist screed. Some of the things that Gibson said are simply unforgivable, no matter the context – whether Gibson knew he was being recorded or not, and no matter what Grigorieva may have said to push his buttons. If you need a reminder of just what Gibson said, take a look at this Buzzfeed page where someone has had the genius idea of combining Gibson’s words with the cutest kitten photos you will ever see. It’s hilarious.

Personally, I find the entire situation tragic. I look back at movies like ‘The Road Warrior‘, ‘Lethal Weapon‘, or even ‘Payback‘, and am reminded what a genuinely great leading man he was. When he wanted to, he was even capable of setting his ego aside to deliver a really creative, eccentric supporting performance in a quirky independent production like ‘The Singing Detective’. (The movie itself is kind of awful, but Gibson’s a lot of fun in it.) Regardless of what you may think of the content of the movies he’s made as a director, there’s little denying that he has real talent in that field as well.

I would just hate to let my enjoyment of those older films be sullied by the actor’s personal troubles. On the other hand, I really can’t imagine ever going to see a new movie he acts in. That would seem to apply to others as well. Even before this latest meltdown, the box office take for his last comeback attempt, ‘Edge of Darkness‘, fell far short of expectations. If audiences had trouble forgiving him for his last drunken escapade, will they ever forgive him for this?

I believe that Mel Gibson is mentally ill. People who knew him in the past (like Whoopi Golberg) have said that they never considered him a racist. I don’t know whether he has any control over his behavior anymore. Does that excuse him? Probably not. It just makes me sad.

I have a feeling that, in a few years, after sufficient therapy and medication, Gibson may be able to return to filmmaking as a director. But I’m pretty sure that his career as an actor is dead forever. Do you agree or disagree? Vote in our poll below.