Preying on those who believe their homes to be haunted – it’s a racket that did well enough back in the U.S., and it looks like it’s going to make this brother/sister duo a fortune now that they’re in Glasgow.

Jackson (Ben Lloyd-Hughes) plays ringmaster. He orchestrates the theatrics, cooing into the ears of his gullible marks with precisely what they want to hear. Angela (Florence Pugh), meanwhile, is supposedly gifted with the ability to commune with the dead. They find out just enough beforehand about these lost loved ones for Angela to pretend to have encountered their ghosts. One of the other grifters on the team plays some pre-recorded haunting voices on an oversized tape deck. Angela proclaims that the trapped spirits have at long last been freed. Relieved of their imagined supernatural burden, the grieving, grateful survivors are more than happy to pay Jackson a tidy sum for the sarcastic-finger-quotes exorcism.

The team has this scam down to a science, and they’re on the verge of their biggest payday yet. The only hitch is that it ceases to be an act for Angela, as she sincerely begins to see the specters of the dead. And that’s just what she encounters at their next gig, at a decaying former orphanage haunted by the restless spirits of children savagely murdered there decades earlier.

The opening moments of Malevolent offer little indication how lackluster and frustrating this Netflix original movie will quickly become. Our suburban introduction to Jackson and Angela’s scam is atmospheric and engaging. Its first big scare is well-earned – silently leaping from prolonged dread and sidestepping the usual sting in the score you’d expect as punctuation. Nothing else comes close to matching its impact. Malevolent peaks nine minutes in, and it’s all downhill from there. 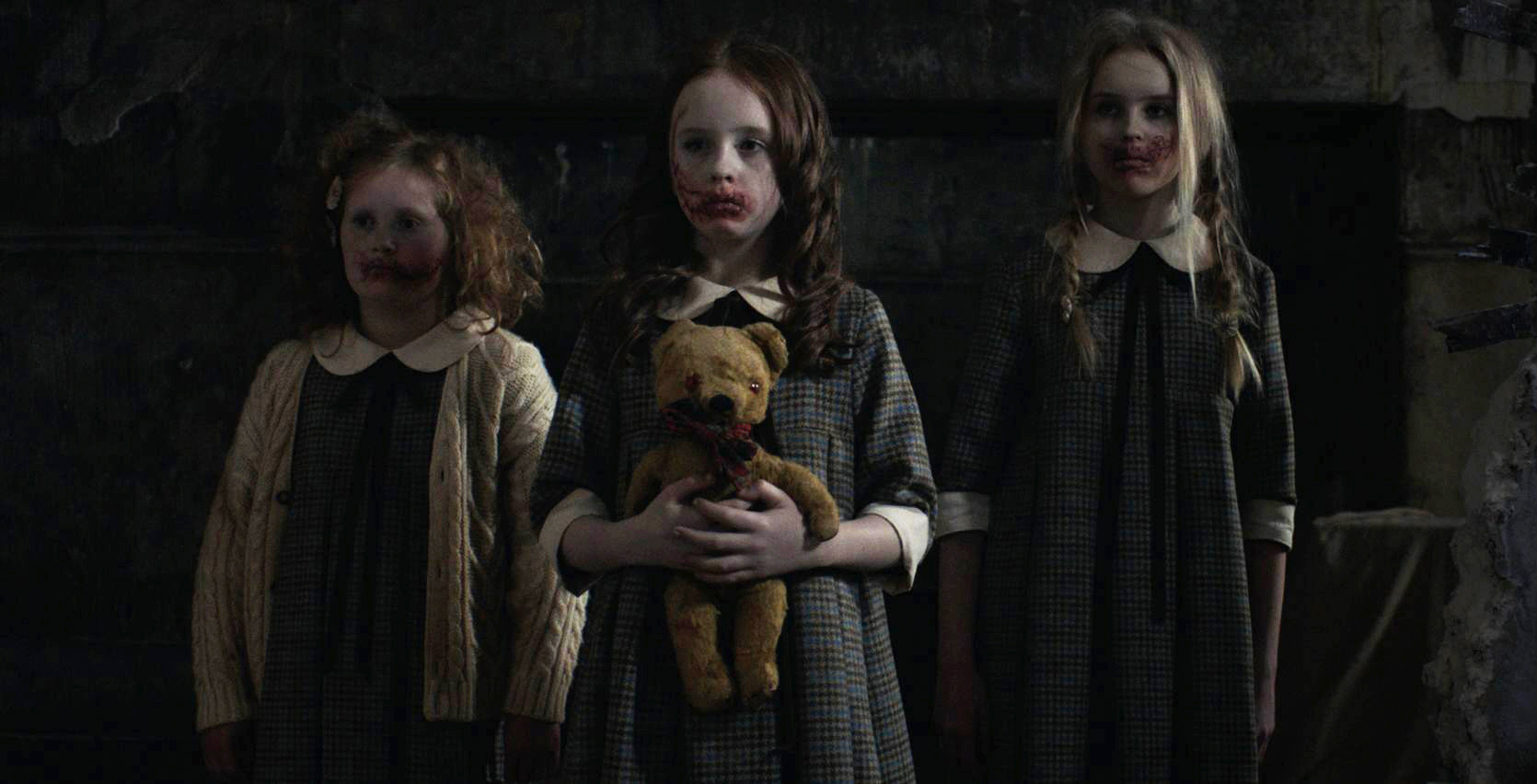 Even with as many cobwebs, creaky floorboards, and underlit rooms as he’s gifted, director Olaf de Fleur struggles to evoke any meaningful atmosphere from this colossal, centuries-old estate. Poltergeist it’s not; the most we see the dead directly interact with our mortal coil is jiggling a doorknob. As unnerving as the sight of deathly pale little girls with their mouths sewn shut ought to be, they’re staged so ineffectively that my skin never once crawled. They bring with them no fear, menace, or surprise. It’s not that Malevolent aims for startling or terrifying visuals and fails; it really doesn’t even seem to try.

The living fare little better. The other two members of the siblings’ team are forgettable, introduced in large part just to be gravely injured or vanish without a trace. A snake-oil salesman like Jackson is too loathsome to evoke any real sympathy. This at first is by design, although the film’s attempts at further fleshing out his character – to understand his motivations, to root for him to walk a better path – fall flat. Florence Pugh is fine as Angela, but it’s a more restrained performance than expected given the torment her character is forced to endure. Angela’s emotions don’t resonate with nearly the intensity they should, and that’s greatly damaging given that she’s the focal point of the film. 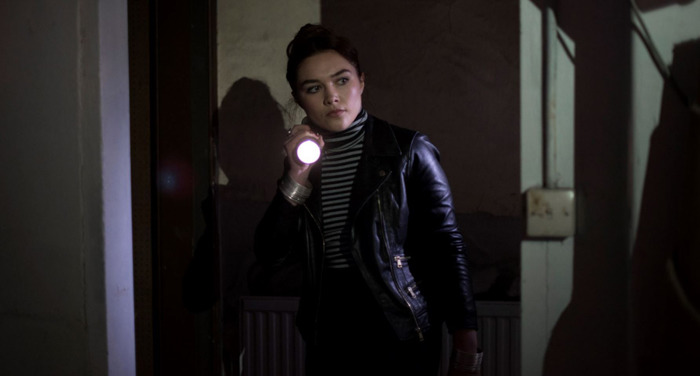 But don’t sweat it! There’s a twist. It’s the sort of thing that’s supposed to upend everything you thought you knew. Obviously, there’s only so much I can say while remaining relatively spoiler-free, but the gist of it is, “Ugh, no.” The twist provides narrative justification for at least some of tedium and disinterest leading up to it. It’s just that I don’t want to be told, “No, it’s okay; this is why nothing compelling happened.” Engage me! Entertain me! That’s why I clicked on you! For every element in the story that the twist clarifies, three or four more fail to make the least bit of sense. The construction of the story is dismal, with borderline-nothing holding up to any thought or scrutiny. The twist is all there is, and it’s a terribly obvious one at that. And the mildly torture porn-y road it treads post-twist…? Blah.

On the upside, at least the narratively insignificant backdrop of 1986 spices up the production design. Plus, it means the obligatory research is carried out by sifting through microfiche rather than Angela punching someone’s name into her smartphone. It’s hard to find much else to be all that enthusiastic about with Malevolent, yet another in a long line of aggressively mediocre acquisitions by Netflix.