After many incarnations spanning a 35-year history, the movie review program most recently known as ‘At the Movies’ was canceled by production studio Buena Vista back in August of last year. Well, it turns out that you can’t count indomitable host and producer Roger Ebert out just yet. Despite behind-the-scenes production strife – and even despite a battle with cancer that caused the total loss of both his lower jaw and any ability to speak – Ebert is bringing ‘At the Movies’ back to TV tonight on PBS. And yes, he’ll even be appearing on camera again.

As I posted near the show’s final episode, ‘At the Movies’ never recovered after Ebert took his medical absence. Co-host Richard Roeper continued on for a couple of years with a rotating series of guest hosts, until he and Ebert both walked away from the program due to a dispute with Buena Vista. The studio then totally revamped the show for the worse by bringing in “the two Bens” (new hosts Ben Lyons and Ben Mankiewicz) in the hopes of attracting a younger, hipper, dumber audience. The new ‘At the Movies’ was an unmitigated disaster. After one wretched year, Buena Vista reluctantly returned to the original format, and hired new respectable film critics A.O. Scott and Michael Phillips. Unfortunately, the damage was done. The show’s ratings never recovered. Buena Vista finally canceled it after just one more year. 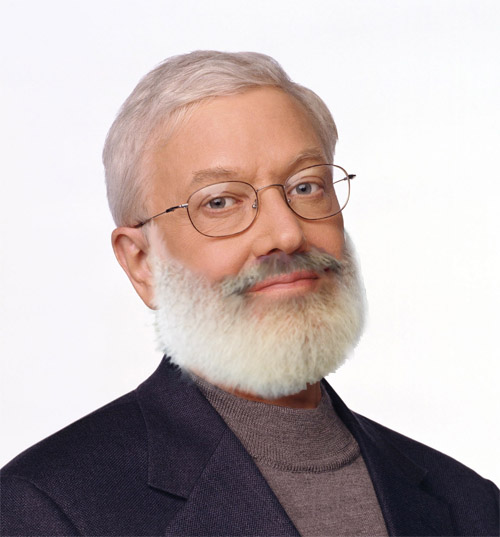 But Ebert has been working for a while now to reclaim the program, which will premiere tonight on PBS with the new title ‘Ebert Presents At the Movies’. The show was originally announced to be hosted by Christy Lemire from The Associated Press and controversial former New York Times critic Elvis Mitchell. However, Mitchell was recently dropped from the production without explanation. He’ll be replaced by 24-year-old Ignatiy Vishnevetsky from the web site Mubi.com. I don’t know much about this Vishnevetsky kid, but his Top 10 List for 2010 is fairly pretentious. I consider myself pretty cinema literate, and have never even heard of six of his top ten. Even so, at least it looks like he has a few working brain cells, which automatically puts him miles ahead of Ben Lyons. And frankly, I’d rather have just about anyone (save perhaps the return of Lyons) in the seat than Elvis Mitchell, who I find too gratingly pompous to suffer through on a weekly basis.

The Thumbs Up / Thumbs Down rating system (which Ebert holds the copyright to) will be making a return. With the assistance of his computer voice emulator, Ebert himself will appear on camera for a segment called “Roger’s Office.” Although he’s been fearless about showing his surgery-ravaged face in public, he’ll be wearing a new prosthetic chin on the show. He writes in his blog at the Chicago Sun-Times:

I will wear the prosthesis on the new television show. That’s not to fool anyone, because my appearance is widely known. It will be used in a medium shot of me working in my office, and will be a pleasant reminder of the person I was for 64 years. Symbolically, it’s as if my illness never happened and, hey, here I still am, on the show with these new kids. When people see the “Roger’s Office” segment, they’ll notice my voice more than my appearance.

Here’s a look at the new opening credits, which call back to the show’s long prior history: