It’s not strange at all to learn that the latest Marvel blockbuster will get a SteelBook Blu-ray edition. Most movies from this franchise do. Fortunately, ‘Doctor Strange’ won’t leave 3D fans out in the cold, though you’re still out of luck if you were hoping for Ultra HD.

Here in the United States, Best Buy will carry two different SteelBook SKUs, one that’s just 2D and another that adds a 3D disc. They appear to be the same metal case, just with a different cardboard backer that wraps over the top.

They’re both kind of pricy, which makes the extra $5 for 3D a little galling. The Best Buy web site doesn’t yet allow store pickup. I hope this doesn’t sell out before that happens, because I’d rather not pay for shipping.

The artwork is interesting, but I’m not sure if it’s actually attractive or just… well, strange. 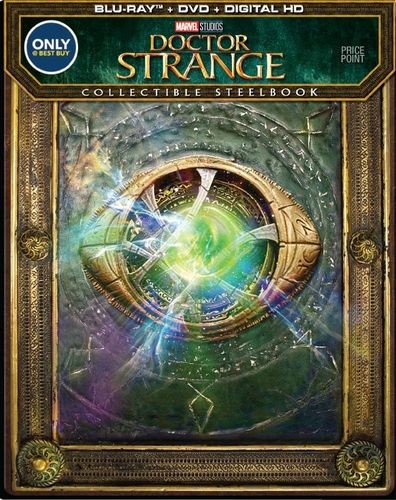 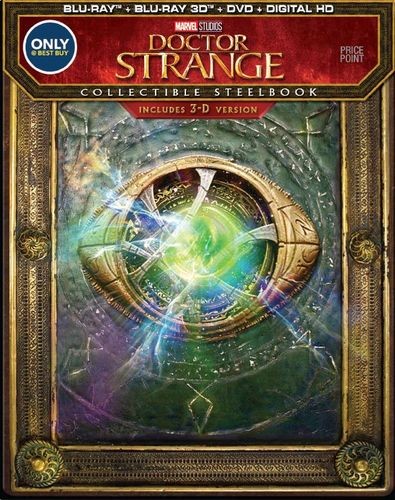 Several weeks back, UK retailer Zavvi was the first to announce a ‘Doctor Strange’ SteelBook. It’s currently listed as sold out, but more copies may become available if buyers cancel their preorders, which may happen now that a competing American SteelBook has been announced.

Although the initial artwork is different than Best Buy’s, the image clearly says that it’s not final and is subject to change. I fully expect that this will wind up being identical to the American copy. That’s a shame, because I like this better.

The Zavvi edition has both 2D and 3D. 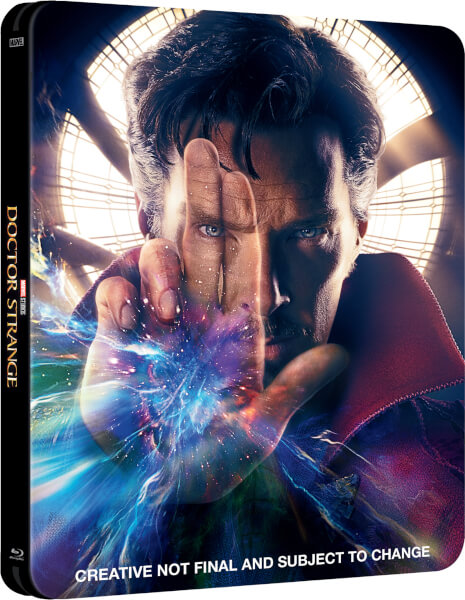