Although I still haven’t completely recuperated from ‘Star Trek’ overload at the Calgary Expo earlier this year, I managed to make it down to the Central Canada Comic Con this past Saturday. Unfortunately, an iron-fisted crackdown on the press prevented me from obtaining much coverage. Sadly, I have very little to report.

Shortly after my arrival, I was told by the organizer that none of my interview requests were approved. My hopes weren’t very high from past experience anyway, even though I sent them in months in advance. No big deal. But then I was informed that video and/or photography of most of the guests wouldn’t be permitted either.

After being read the long laundry list of things I couldn’t do (which was pretty much everything), I was assigned a personal hostess named Gabby to escort me around the event. That was kind of cool, and Gabby was super-nice, however I got the feeling that she was mainly with me to make sure I didn’t break any rules.

Walter Koenig (Chekov from ‘Star Trek’) canceled due to unforeseen circumstances, but another original crew member visited the event in his place: Lt. Uhura herself, Nichelle Nichols. Although I was fortunate enough to attend her panel, I wasn’t allowed to record it for our readers. Since other members of the audience were taking pictures without being hauled off by security, I managed to at least get a photo. (Click images to enlarge.) 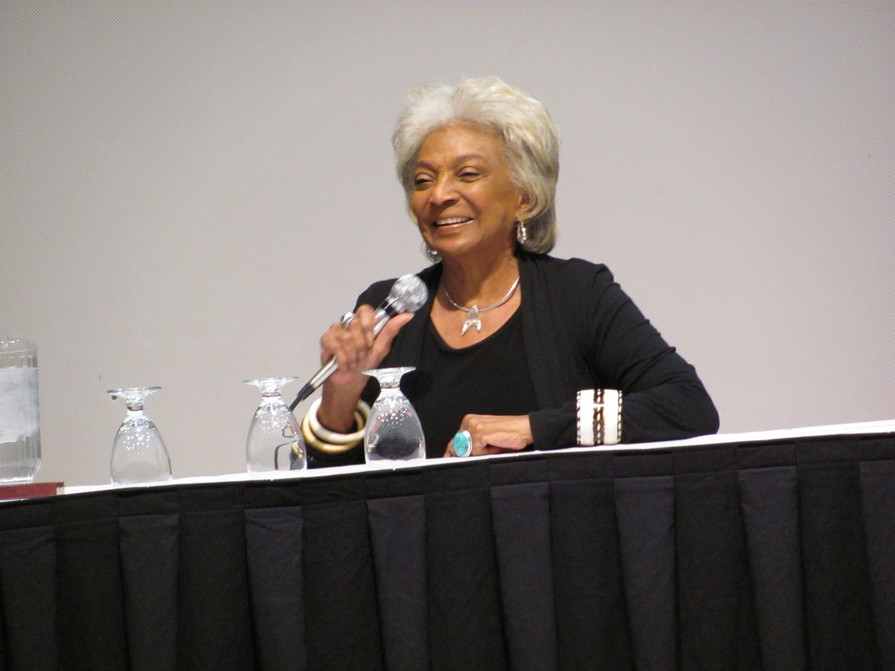 Nichols had some interesting stories to share, including one about how a book called ‘Uhuru’ that she was reading at the time of her casting helped name her character, and another about how she was going to quit the show until her number one fan, Dr. Martin Luther King, Jr., explained the significance of her role and talked her into staying. Nichols concluded with a song for those in the auditorium.

Following that, I basically just wandered the convention (with Gabby in tow, of course) seeing what else I could cover. I stopped by Golden Age comic book legend Allen Bellman’s table. Mr. Bellman was awesome and was even happy to give an action pose for the blog: 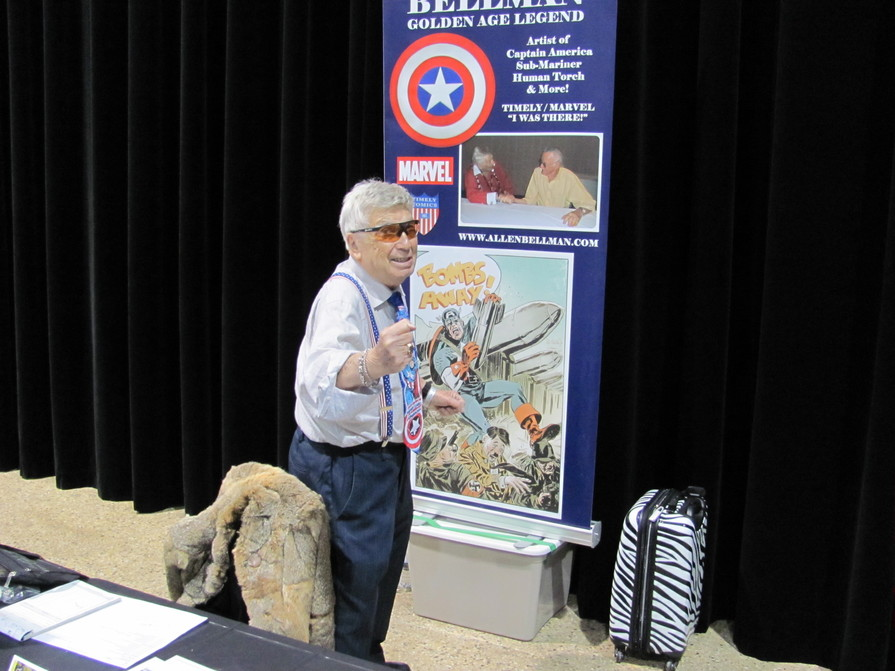 Next, I came across this display, which was pretty cool: 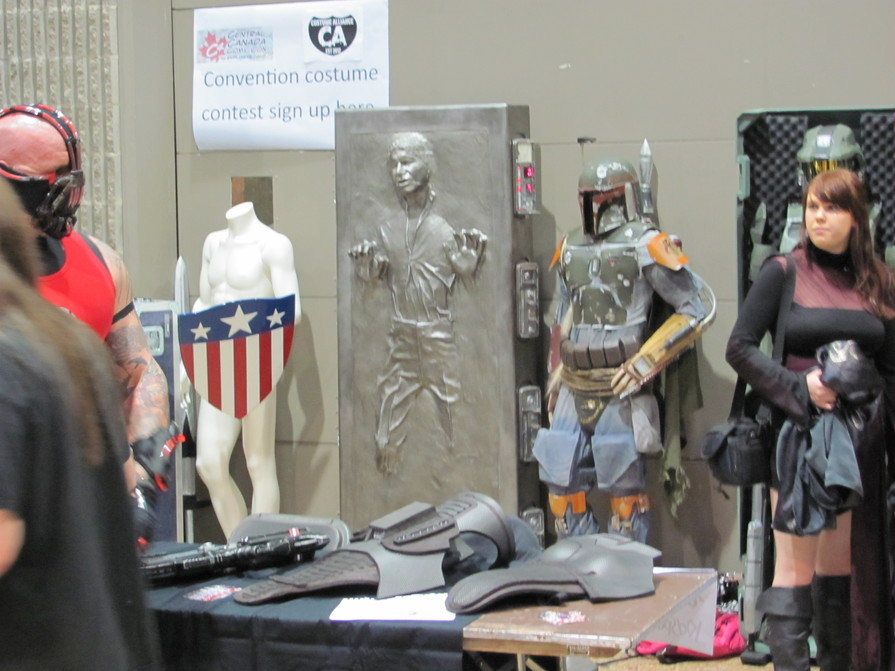 I ended up going by this table a few times. Hmm… I wonder why?: 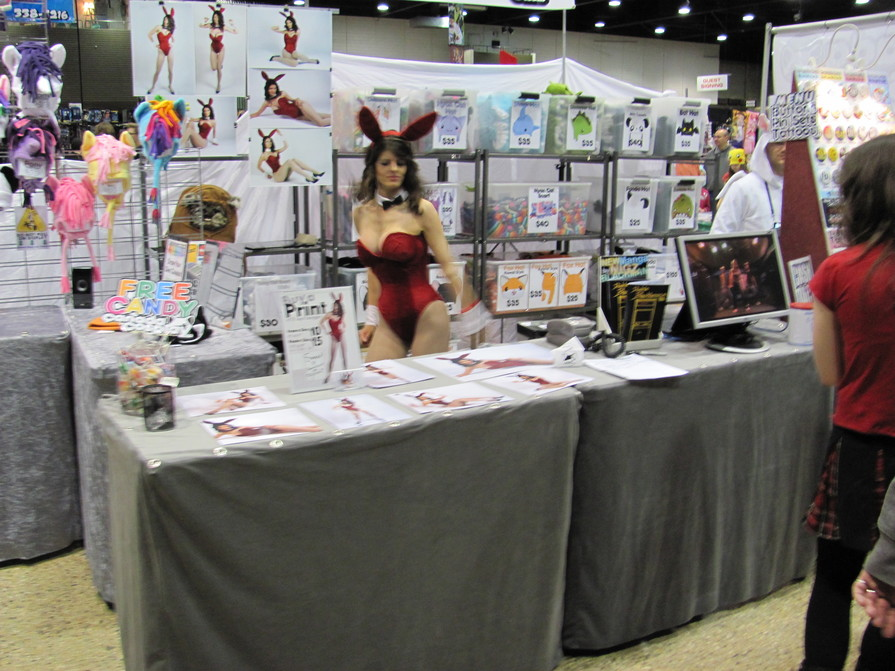 Before taking the voyage home, I got to meet Nichelle Nichols in person, as well as Dean Cain from TV’s ‘Lois and Clark: The New Adventures of Superman’. Both were very pleasant people. Alas, that’s it. Patrick Stewart’s line-up was uber-long as expected. I was going to say hello to Marina Sirtis again, but she was busy with other fans. Here’s hoping that next year won’t be so restrictive.