As many of you know, I’m a huge fan of movie posters. I find myself specifically drawn to original movie art created by poster boutiques like Mondo. One of Mondo’s mainstays for creating original, minimalist poster art for movies is artist Olly Moss. He has a book out now. It’s awesome.

The book is called ‘Silhouettes from Popular Culture’. A sample of Moss’s minimalist designs can be seen in the Black Widow poster, to the right, which Moss was 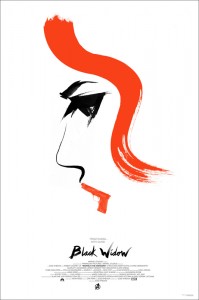 commissioned to make for Mondo’s ‘Avengers’ series. If you’ve been to Disneyland, there’s a place on Main Street where you can get your silhouette cut out by a skilled artist. It’s crazy how such a simple piece of art, cut-out black paper, can resemble a person so specifically.

Since Moss is a student of pop culture, he set out to create a collection of silhouettes based upon pop culture icons. Make no mistake, this isn’t a book about art. It doesn’t have any insightful wisdom about pop culture or the way art is created. It’s simply a very cool collection of Moss’ silhouettes that he displayed in a show at the famed Gallery 1988. The book is a coffee table piece, something that people will pick up when they come to your house and won’t be able to put down until they’ve named every single pop culture icon inside.

The book doesn’t have a lot of written words. The silhouette images are void of any sort of title or text to indicate who you’re looking at. Part of the fun is testing your geeky knowledge to find out if you can name them all. However, a foreword written by director Duncan Jones talks amusingly about how he became acquainted with Moss’ work. There’s also an introduction written by Moss himself where he talks about how he came up with this idea and how he created the original pieces, which were all laser-cut from black paper.

So obsessively, for months, I drew characters from the side and cut them out of black paper using powerful industrial lasers. Perhaps that’s a little like cheating, but the laser appealed to me because I have the brittle wrists of an 80-year-old and using it secretly made me feel like a Bond villain. I’m not going to lie, I may have cackled once or twice as it powered up. 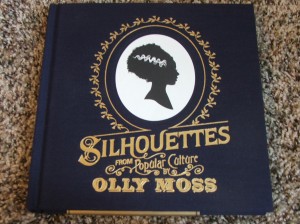 It’s easy to see from Moss’ short four-paragraph introduction that he’s a student of pop culture. This influence is felt throughout the book as you’ll encounter silhouettes that run the gamut from videogame characters to memorable ’80s sitcom stars.

Below are some of my favorite pieces. Here’s your chance to see just how fun it can be to guess who they are. Some of these are easy, but others will require a bit of thinking. 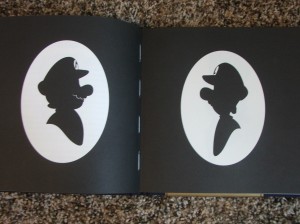 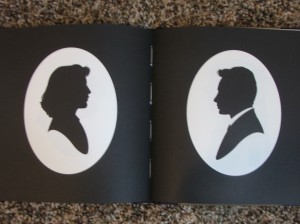 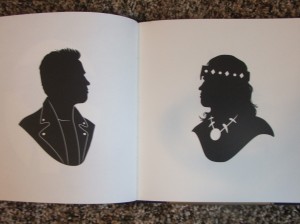 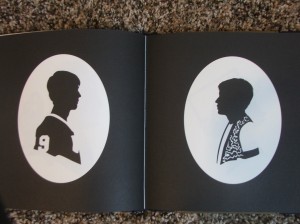 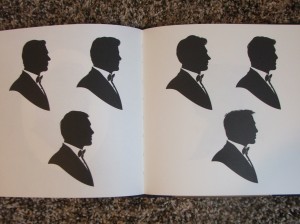 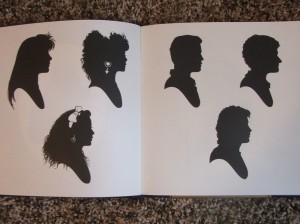 This isn’t like any of the books we’ve previously reviewed on this blog. Most of those were in-depth tomes about the filmmaking process and how certain iconic franchises were formed and created. ‘Silhouettes’ just happens to be a kick-ass coffee table book that will instantly start pop culture-related conversations with any of your guests who decide to pick it up.