As we previously reported, all five seasons of the classic The Incredible Hulk series is coming to Blu-ray on October 26th! Starring the late, great Bill Bixby as anger-prone David Banner with Lou Ferrigno as The Hulk, the show ran for five seasons spanning 82 episodes and three made-for-television followup films. After doing some leg work trying to find out more about this release, we have some more details to share. 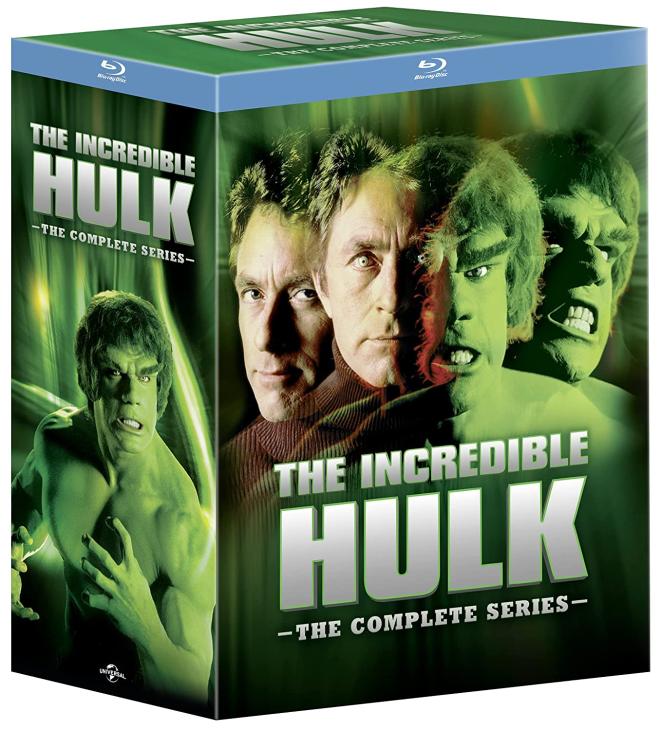 This will be a 19-disc set holding all 82 episodes and two of the three made-for-television films - they didn't tell us specifically which ones but likely The Incredible Hulk Returns and Trial of the Incredible Hulk. There won't be a digital copy included. Each episode will also feature DTS-HD MA 2.0 audio mixes.

Not to skimp things with this release, Universal is also plugging in a nice selection of bonus features to dig through:

They're not sending out advance review copies, but we'll absolutely be picking this one up and will share our thoughts as soon as we can! The set is up for pre-order and should street on October 26th if all goes well and there aren't any serious supplychain issues.

Thanks for all of the pre-orders - they really do go a long way towards keeping our little operation up and running!

Discs mentioned in this article: (Click for specs and reviews)
The Incredible Hulk: The Complete Series (Blu-ray)