Standing as the lowest-rated MCU film to date, Chloeì Zhao's sprawling action science-fiction epic The Eternals extends the scope of the MCU with a new cast of powerful characters. Starring Gemma Chan, Richard Madden, Kumail Nanjiani, Lia McHugh, Brian Tyree Henry, Lauren Ridloff, Barry Keoghan, Don Lee, Kit Harington, Salma Hayek and Angelina Jolie - the film might have worked better as a Disney+ series than a feature film with so many new characters scrambling to get enough relevant screentime. I personally enjoyed it even though there were some very long and slow parts that probably could have been trimmed out and not be missed in the least. 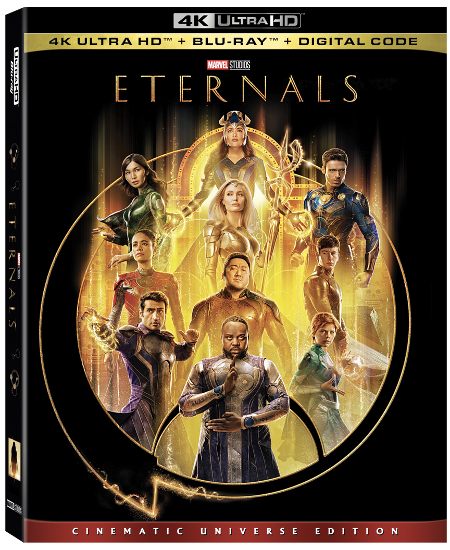 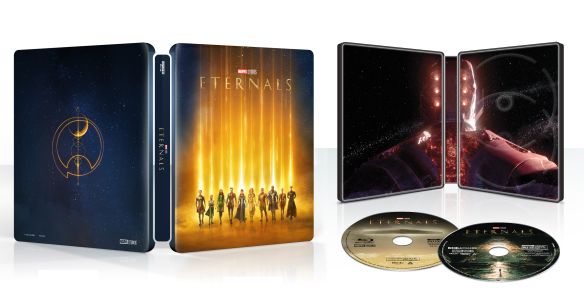 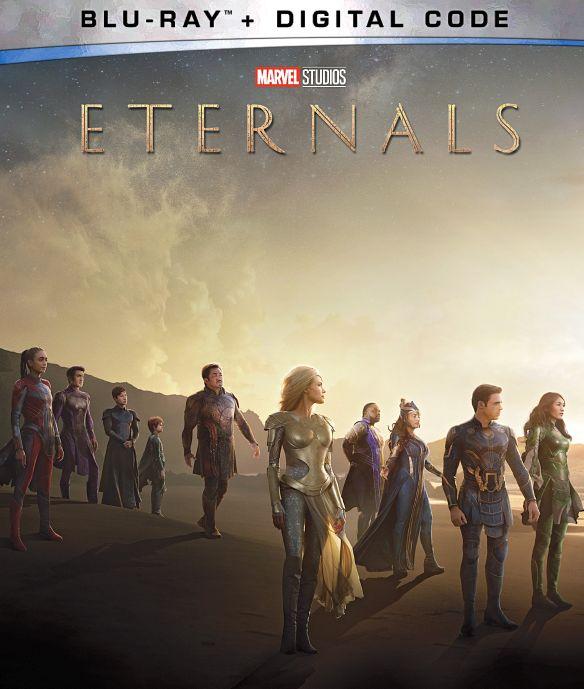 In keeping with Disney's tradition for their physical releases, we expect the 4K Ultra HD Blu-ray to only offer HDR10 where the streaming release will have Dolby Vision HDR. The 4K will come with Atmos - hopefully it's a powerful mix and not neutered. The standard Blu-ray will sport a DTS-HD MA 7.1 track.

Read the full press release below for all of the details:

“THIS IS MARVEL STUDIOS AT ITS MAGNIFICENT BEST”

to the Marvel Cinematic Universe

Marvel Studios’ Eternals follows a group of ancient heroes from beyond the stars who had protected Earth since the dawn of man. When monstrous creatures called Deviants, long thought lost to history, mysteriously return, the Eternals are forced to reunite in order to defend humanity once again.