How To Have A Successful Patrick Swayze Christmas

The holidays are tough on everyone. It's important to know how to spread holiday cheer and have a successful Patrick Swayze Christmas.

Ever since Season 3 Episode 21 of Mystery Science Theater 3000 where Joel and the Bots riffed Santa Conquers the Martians, the Patrick Swayze Christmas has become the best way to celebrate the festive but usually very stressful holiday season. It spreads holiday cheer while sparing people the drama of sticking to classic traditions. But for those who somehow missed that magical host segment, how do you spread such an important form of holiday cheer? It turns out there are three important rules to follow.

How Do You Have A Successful Patrick Swayze Christmas?

Crow T. Robot (with lyrics by Mike Nelson) created an iconic Christmas carol based on the 1989 classic Road House. In the film, there is an important scene where Swayze's world-famous bouncer Dalton takes the job to clean up The Double Deuce and he addresses the current employees. After firing the troublemakers, he gives it to them straight laying out his three rules. These three rules are essential for having a truly successful Patrick Swayze Christmas and a happy holiday season.

The holidays are always chaotic. Trying to bring everyone together is stressful enough without select family members bringing those extra delights. You have to be prepared. If your aunt only brings an already opened bag of potato chips as her only dish to pass - have green bean casserole on standby. If your younger cousin shows up uninvited with his new girlfriend - have extra folding chairs. If your uncle starts saying what he thinks about the current administration at everyone in earshot - subscribe to ESPN+ so you can keep his brain distracted and mouth closed.

If someone brings non-alcoholic beer, homemade fruitcake, or fat-free eggnog - take it outside. You don't need to put that out on the table. Chances are whoever brought it is dumping it on you because they don't want it. If you're lucky, neighborhood stray cats will drink the eggnog, squirrels will eat the fruit cake, and you can use the non-alcoholic beer to water the tulips you planted earlier in the fall.

If your grandpa says he thinks the turkey is dry, be nice. If your grandma says she never wanted kids and your mother or father were accidents, be nice. Whatever happens, be nice. But there are limits. When your mother says Die Hard isn't a Christmas movie - politely correct her by turning it on with the volume cranked all the way up to nicely remind her. But when your sister's bratty pre-teen kid tells you the knockoff brand television they got cheap on a Black Friday deal is better than your top-of-the-line properly calibrated 70" 4K UHD HDR television with full Atmos/DTS:X sound system, you don't have to stand there and take that crap. But be as nice about it as you possibly can.

While these three rules are essential, a customary viewing of Road House is highly recommended. Now that the Shout Select Collector's Edition is out of print, if you don't have a DVD or Blu-ray on hand, you can stream Road House with your Amazon Prime membership.

If you can't watch Road House for your Patrick Swayze Christmas - appropriate alternate titles include: 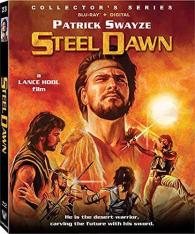 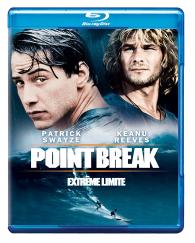 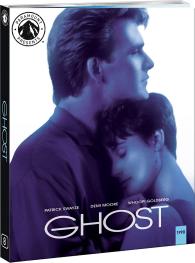 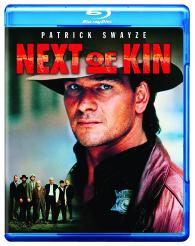 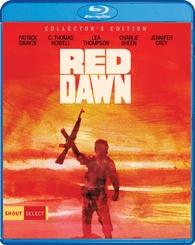 To Wong Foo, Thanks For Everything! Julie Newmar

Open up your heart and let the Patrick Swayze Christmas in.
We'll gather at the Roadhouse with our next of kin.
And Santa can be our regular Saturday night thing.
We'll decorate our barstools and gather round and sing.

Oh, let's have a Patrick Swayze Christmas this year!
Or we'll tear your throat out and kick you in the ear!

It's my way or the highway, this Christmas at my ba-ha-haar.
I'll have to smash your kneecaps if you bastards touch my car!
I got the word that Santa has been stealing from the till.
I think that that right jolly old elf better make out his will, ohh,

On behalf of everyone at High-Def Digest - I want to thank everyone for dropping by, reading our reviews and news, and occasionally sharing your thoughts with us. It's been a crazy year what with insurrections, pandemics, vaccines, third, fourth, and fifth waves, Squid Game, varients, and HBO Max. It's been a heck of a year and insanely stressful times for all of us. I hope you found the humor in this little piece and had a good time with it - maybe even cracked a smile or had a nice laugh or two. With all the love we can muster, we want everyone to have a safe and festive holiday and an equally safe New Year. Hopefully, 2022 not only brings some sense of "normal" to the world but also some kickass new movies to see in the theater along with some long-awaited fan-favorite titles on Blu-ray and/or 4K Ultra HD Blu-ray... looking at you The Abyss.

Be good out there - and thanks again!