Home Video Releases For The Week of September 8, 2020

For much of the country, there is some relief from the very hot weather that's been betroved upon us. When I try to sit down and be serious and watch a movie, I personally do not like to hear the AC running in the background, or an overhead fan distorting the soundscape, or even the tick tick tick of the clock in the kitchen. The latter, I move it to another room when I do a serious viewing.

This week is probably the slowest week of the month, but that doesn't mean you're not spending any money on a title you've just got to have. Welcome to Episode 16 of our weekly series on the highlights of what's coming out on home video.

There are no digital 4K releases this week.

For 4K disc releases though, there are a few choices this week. For animated titles, we see the 1995 version of Ghost in the Shell. Available as a standard edition and a Best Buy SteelBook. If you've known me over the years, I am sort of a critic on cover art, and each version seems to have their own merit here, personally I opted for the Best Buy edition but every time I look at the choices, I still feel a bit undecided on which one I like or hate. The SteelBook reminds me of a Mondo edition in that it has a slip cover that reveals something different underneath. This one is priced to sell in either edition. Next, a Superman animated title named Man of Tomorrow. This one is available as a standard release or as a Best Buy Exclusive, which the latter includes an exclusive collectable figure. 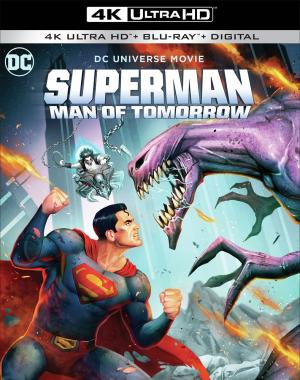 And now for live action titles. In case you missed this year's release of Invisible Man (2020), it is now available as a Best Buy SteelBook. Personally not a fan of this cover, but maybe you are, if so, enjoy. It appears to have a lower MSRP than the standard edition does, so there's that. And lastly in the live action 4K category, the Alfred Hitchcock Classics Collection. I'm sure many of you are probably looking forward to Psycho, Rear Window or Vertigo, but my favorite is The Birds. Thus far, we have seen some incredible 4K discs of classic films, hopefully this set continues with the trend. Best Buy is also offering a 4K SteelBook of just Psycho. 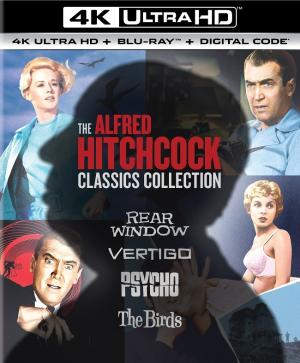 Now for disc releases though, there are a few to choose from. This week is sort of a 'low' week for September, which is OK.

Criterion Collection is releasing the Burt Lancaster film Brute Force this week. Also from Criterion this week, The Naked City. I have no insight on either, sorry.

In another pandemic skipped the theaters release, LionsGate brings us The Big Ugly this week. It has star power and the synopsis is generic enough that it could be a fair movie. As I've said in the past though, don't look for an Oscar from a film of this calibre. Also from LionsGate this week, maybe an afterthought, maybe a good movie? Anyway, they're releasing First Cow on disc this week. This one sounds like a comedy, but is listed as a drama, interesting, no? First Cow was released on 4K digital already, but no 4K disc is in sight. Just when you thought that was it for LionsGate this week, they're also releasing Retaliation, described as a 'taut thriller.' 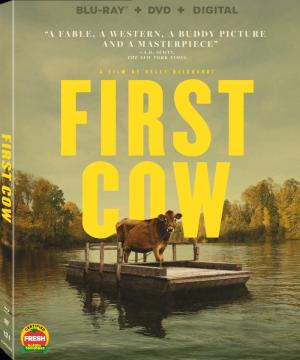 Warner Archive releases Bad Education on Tuesday, starring a couple of people you have probably heard of, do check it out. The series Prodigal Son sounds like it could be interesting, The Complete First Season streets this week.

From the Warner label, Superman: Man of Tomorrow gets a standard BD release, and also this week, Supergirl: The Complete Fifth Season. I actually got tuned into Supergirl at one of my many boring nights in a hotel room as I was away from home doing some job training during the day shifts.

Kino's got a couple of releases this week as well. One highlight that might interest you is the Cary Grant Collection which offers three of his films in one box set. Stay tuned for a review. Also from Kino this week, the previously delayed Peter Cushing as Dr. Who movies, Dr. Who and the Daleks and Daleks' - Invasion Earth: 2150 A.D..

Surprisingly slow week for Anime releases (my wallet thanks thee.) Sentai Filmwork is releasing Diabolik Lovers: Complete Collection this week. I had only been starting to buy anime regularly in the past 12 months, it's quite a connected system, the videos, the swag, the books, even the cosplay stuff available out there, and the convention scenes.

Again, I do not normally mention a DVD release unless there's no alternative. I'm referring to the hit animated everything Pokémon. In this case, it appears that Viz entertainment did not sell enough Blu-ray copies of Season 21 to merit a Season 22 release. How I wish I was in Japan right now, where DVDs have pretty much been stopped altogether. Everyone has an HDTV or a 4K TV, so why the low-rez discs? The first 18 episodes come out this week of Season 22, dubbed Pokémon Sun and Moon Ultra Legends: The Last Grand Trial.

There are a couple of Friday releases, which are most often times Concert or Arts themed. In this case, one is music and three are arts related. Most interesting cover art for Ekman: Eskapist which features the Royal Swedish Ballet. 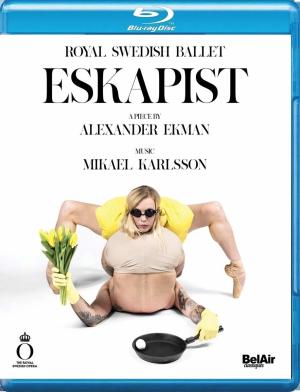 To me, the biggest announcement of the week is that Paramount has announced that they are releasing the entire TV series Mission: Impossible on Blu-ray on November 17th. The Amazon pre-order price is no doubt temporary, as I have already seen it for less elsewhere, so stay tuned.

Showtime Networks has announced Penny Dreadful: City of Angels - Season One for release on September 29th. I never got thru the original series but I will some day, did not realize there was another series in the works.

Sony also listed something that caught my attention, Dominion: Prequel to the Exorcist, slated for October 13th. The trailer had me interested, can't wait to check this one out. IMDB ratings did not fare it too well, but there is a trailer there for you to watch.

For myself, of course I want more in my 4K library, overall though it's a pretty slow week. Already on order, Ghost in the Shell Best Buy version. The Alfred Hitchcock Collection is very high on my want list, might be ordered by the time you read this. Probably saying the same about the Superman 4K release, likely the standard edition. Standard wishlist, Diabolik Lovers Collection. I'm weighing my options on the Pokémon release. I've emailed Viz about the continuation of Blu-ray releases, maybe they will wait til the whole season is ready, maybe I will find an import with English langauge.