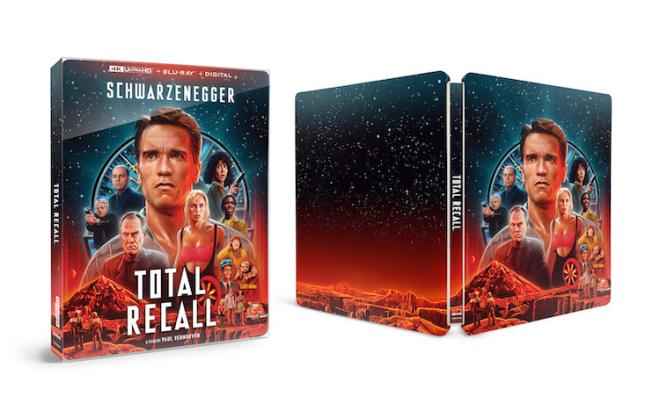 Lionsgate will be releasing the 4K Ultra HD Blu-ray 30th Anniversary of Total Recall domestically in the U.S. with the 3-Disc SteelBook edition. CONFIRMED in the press release the 4K Disc will include Dolby Vision HDR and Dolby Atmos audio.

Undertaken by STUDIOCANAL, the restoration was supervised by Paul Verhoeven himself. The restoration crew paid particularly high attention to preserving special-effects continuity, as Total Recall was one of the earliest films to use computer-generated images for special effects winning the Special Achievement Award for Visual Effects at the 1990 Academy Awards®.

Available for the very first time in this absolutely stunning format, the Total Recall 4K Ultra HD Combo Pack will include a never-before-seen exclusive documentary feature as well as two brand-new featurettes. Experience four times the resolution of full HD with the 4K Ultra HD Combo Pack, which includes Dolby Vision, bringing entertainment to life through ultra-vivid picture quality. When compared to a standard picture, Dolby Vision can deliver spectacular colors never before seen on a screen, highlights that are up to 40 times brighter, and blacks that are 10 times darker. Additionally, the 4K Ultra HD Combo Pack features Dolby Atmos, which will transport viewers from an ordinary moment into an extraordinary experience with moving audio that flows all around them. Fans will feel like they’re inside the action as the sounds of people, places, things, and music come alive with breathtaking realism and move throughout the space.

The Total Recall 4K Ultra HD Combo Pack will be available for the suggested retail price of $22.99.

OFFICIAL SYNOPSIS
Fully reimagined in stunning 4K for its 30th anniversary — and remastered in Dolby Vision and Dolby Atmos — Paul Verhoeven’s out-of-this-world sci-ﬁ thrill ride can now be experienced like never before! In this splintered-reality mind-bender, it’s the year 2084, and construction worker Quaid (Schwarzenegger) is haunted by dreams of Mars, a place he’s never been. Against his wife’s (Sharon Stone) wishes, Quaid goes to Rekall, a memory-implant company that promises a thrilling virtual trip to the red planet. But what Quaid “remembers” is that he’s a secret agent whose cover has been blown…and that he must return to Mars at any cost.

StudioCanal is bringing Paul Verhoeven’s 1990 Schwarzenegger science fiction mind-bending classic to 4K Ultra HD Blu-ray on November 23 in the UK You have two options at the moment - a 5-Disc Collector's Edition similar their Flash Gordon release - or a trimmed down and slightly cheaper Zavvi Exclusive SteelBook.

Listings have been updated with Amazon.co.uk pre-order links for BOTH releases. It turns out the SteelBook is not a Zavvi Exclusive as previously reported.

Currently only available on Zavvi – this is a massive 5-disc 4K UHD + 2-Disc Blu-ray + 2 CD soundtrack set with a 48-page booklet, 6 art cards, and a double-sided poster. Amazon UK doesn’t have this set listed yet but I imagine it will be soon. 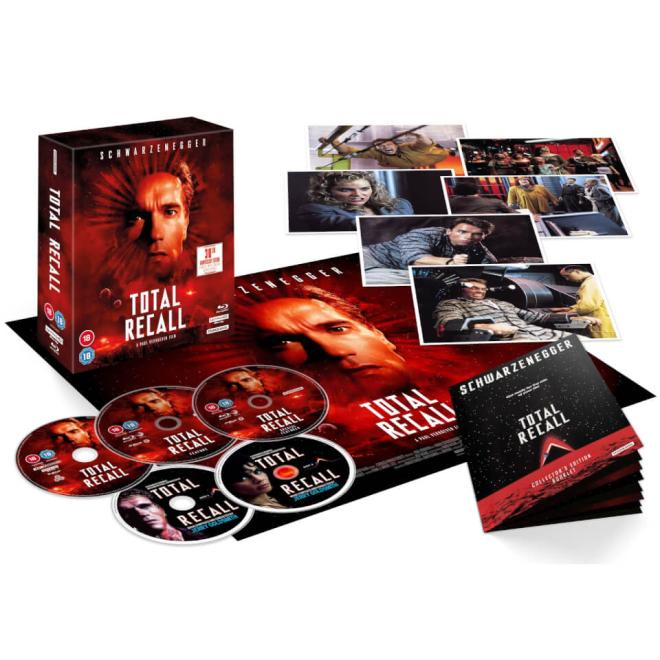 This appears to only be on Zavvi’s UK website at the moment, so if you're out of that territory open the embedded link in an incognito browser:

This shouldn’t prevent you from shipping stateside – I’ve had to do this for some of their releases in the past and NECA figures that are impossible to find in stores. Again, I'm sure Amazon UK will have it up at some point but for now, I've only found it on Zavvi.
As mentioned in the update above - Amazon UK does have both releases available for pre-order on their website - were just very difficult to find. Both listings have been updated with pre-order links. Still no word on a North America / U.S. domestic release. 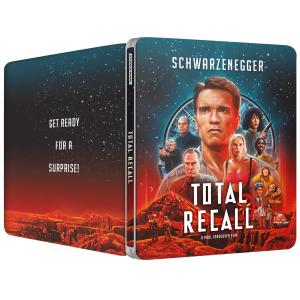 A 3-Disc SteelBook is available that loses the two soundtrack CDs and the swag. But the custom artwork looks pretty cool. It’s also about 20 bucks cheaper than the Collector’s Edition so that’s something to consider if we have to import this one.

So far, I haven’t been able to find any information about HDR grading or audio mix. As soon as I find concrete info, I’ll update these listings accordingly. Also – there is no word yet of a domestic North America release of this one on 4K. It’s a popular title so one has to figure Lionsgate or a boutique studio will release it. With Arrow’s successful collaboration with StudioCanal on Flash Gordon – I hope they add this to their lineup, but we’ll see. For now, it’s awesome knowing this one is getting a 4K release and it’ll be relatively easy to import.

Obviously, as more news comes in we'll keep you updated!