September disc releases are sort of like a hill, this week we are on the climb, next week we are at the summit, or as I could call it, a wallet-buster of a week. The week after is almost identical to this week but we are going back down.

Welcome to Episode 17, a look at some of the highlights for the week in the home video releases market.

There are no digital 4K releases slated for this week.

For 4K discs though, that's a different story. Where to begin?

I guess I will get the reissue out of the way first. Although a reissue, it's a Best Buy Exclusive SteelBook and available at a lower price point, so if you've been on the fence solely for price, this might be your sweet spot. First up, Goodfellas, known to me as one of the more modern mob movies that set a bar for others to meet or beat. Delayed two weeks to 9/29, Mad Max: Fury Road, which I am not a fan of this cover art at all. There have been a fair amount of recent SteelBooks with an overly orange cover art, I guess it is to match the red standard editions or something.

The remainder of the 4K releases this week debut on 4K disc for the first time. Alphabetically, they are 21 Jump Street, 22 Jump Street, Hocus Pocus (Standard Edition or Best Buy SteelBook) and Home Alone (Standard Edition or Best Buy SteelBook). The latter two were announced before the Covid pandemic and pre-date the rumored news of Disney no longer producing 4K discs of catalog releases so this point going forward I am watching Disney's actions to see if their rebuttal to the news holds water. Also keep in mind that Disney and Amazon's dispute is in its third year so we have provided Best Buy links if you are wanting to pre-order the standard editions. If you don't mind a sort of 'meh' cover art, Best Buy is also offering a SteelBook for 21 Jump Street / 22 Jump Street. 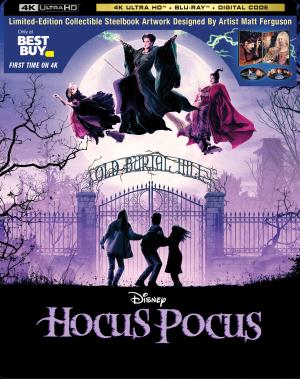 There are no standalone digital releases this week. A handful of day and date releases with the disc versions are available though.

For disc releases there are a few noteworthy titles.

Warner Archive has bundled 4 previous film noir releases into one package for this week, titled 4-Film Collection: Film Noir which includes Gun Crazy / Murder, My Sweet / Out of the Past / The Set-up. John Wayne's Flying Leathernecks gets its Blu-ray debut as well.

Kino Lorber is offering a handful of titles this week, Bob Hope fans will be happy to see The Cat and the Canary and The Ghost Breakers.

LionsGate's Vestron Video offerings present us with two releases this week, Little Monsters and Shivers. These two are priced to sell, hopefully this low-price model fares better than the $30 MSRP seen on previous Vestron releases and enough people buy these, so we can continue to go deeper into the Vestron library. 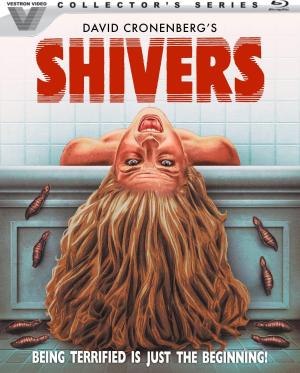 Would a week go by without anime releases? This week is not a big week, but Sentai Filmworks brings Bodacious Space Pirates: Complete Collection to Blu-ray Disc.  Also from Sentai this week, Z/X Code Reunion: Complete Collection, if only it had an English dub. FUNimation's general release of Cowboy Bebop: The Complete Series SteelBook streets this week. Shout Factory's GKIDS line has two versions of Weathering With You this week, a standard edition and a SteelBook edition. A 4K four-disc Collector's Set loaded with extras and swag is coming November 17th, so choose wisely.

Shout Factory's 'Shout Select' line brings us The TV Set this week. Most everything that Duchovny has been in has done fairly well, for Shout to invest in making this a Select title probably reinforces that statement. 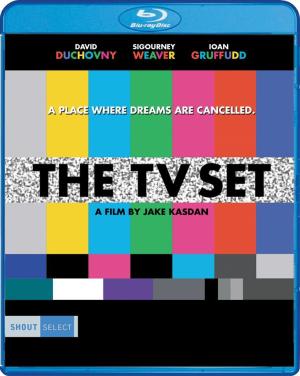 Season Five of Outlander will be available this week as a standard edition and as a collector's edition. Sony has been pretty consistent with the dual offerings on this series, that's a nice touch.

Under the Paramount Presents label, Roman Holiday debuts this week in a 'Highly Recommended" release, follow the link, read our review, buy a copy for yourself. The only thing that would make this release better is if it was offered on a 4K disc, but don't let that detract you from a well produced HD release. Paramount also has a couple of budget priced titles this week, currently $9.99, they are Barefoot in the Park, The Phantom, Private Parts, The Sons of Katie Elder, Timeline, The Two Jakes, Uncommon Valor and Vampire in Brooklyn. These wallet friendly releases have a commonality in that they've got star power but maybe not that star's best movies, I would say they're certainly worth the $10 price tag. 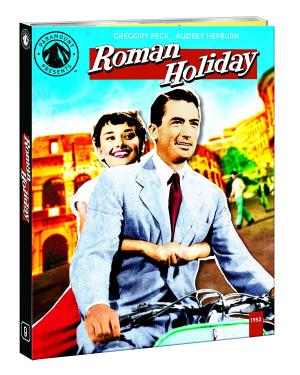 There are a hanful of Friday releases, all special interest. Do take a look in case this means you.

Scream Factory (Shout! Factory) has given a pre-lim announcement that they will be bringing us John Carpenter's They Live to 4K disc this fall. This a great news for those that held out importing it. Maybe they can secure the rights to the rest of the Carpenter 4K releases, or the originating studio will make an announcement soon. Back in 2018 StudioCanal had released Escape From New York, Prince of Darkness, The Fog and They Live,  which were released as collectable digipaks and SteelBook editions. At the time you could buy them for around $45, now they're reselling for over $200.

Also, LionsGate,  has officially announced (with a pre-order page) Total Recall (1990) in 4K. This is the same new transfer that StudioCanal is releasing in the UK. This promises to be quite the set, and the price is nice as well. Check out or recent news story on the topic.

RLJ Entertainment has added a 4K release for The Tax Collector, this one will be a SteelBook.

Universal has announced a 4K disc release for The Croods, slated for November 17th.

A Standard Edition and a Best Buy SteelBook have been announced for V For Vendetta. Also from Warner Bros/HBO, the series Chernobyl will be getting a 4K disc release on December 1st.

I've got Hocus Pocus 4K (both releases) on order, Home Alone SteelBook on order, and the SteelBook of GoodFellas on order as well. I also am picking up both Vestron releases as well. Wishlist items include Bodacious Space Pirates, Roman Holiday, The TV Set and a majority of the Paramount value priced releases. If next week were not such a huge wallet buster week I probably would have already had the Paramount releases on order. The Z/X Code Reunion would also be on order if there were an English dub, maybe next time. As far as Weathering With You, I have the 4K set on order for November so I will pass on this week's versions.