Happy Spring to those in the Northern Hemisphere. What good things happened to you last week? Welcome to Episode 44 of our weekly look at what's new in home video, let's get right to it.

It seems like feast or famine with 4K discs and this week, it's a huge feast with all the fixins' and dessert, sure to loosen up your wallets just a little bit.

Starting out first with worthy imports with Monday street dates, Second Sight's Dawn of the Dead, but this time as a standard, more budget friendly release. And next, a week before the domestic release, Wonder Woman 1984 in a couple of packaged options. Zavvi's Exclusive includes a figure of Wonder Woman in her golden outfit. Amazon's Exclusive SteelBook features what I consider the best cover art of all the options available, import or domestic. Next week's Target Exclusive release includes the same cover art, but that one is NOT a 4K set, and just when I thought Target was getting it all together and offering their exclusives as 4Ks. 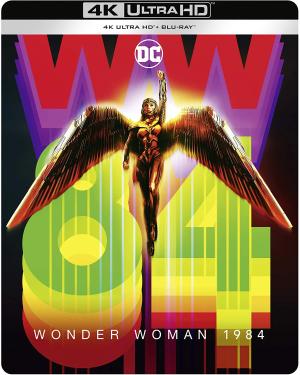 Let us now move on to domestic, Tuesday releases, all eight of them.

Warner Bros. has a busy week. First the Warner Archive's first 4K release, Batman v Superman: Dawn of Justice. This one is not a recycled disc available previously, it has been reworked.

And no doubt to celebrate the upcoming Godzilla vs King Kong movie, Godzilla (2014) gets a 4K disc upgrade. The Best Buy Exclusive SteelBook cover art shows a very familiar cover art that was previously used on an Asian Metalpak release, and the standard edition features a cover art very similar to the ugly(ish) teal & orange cover art for the release of Godzilla: King of Monsters. 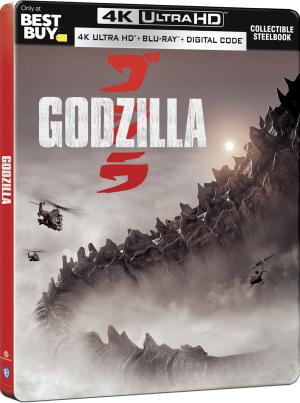 Sony Pictures is offering the 1997 Sci-Fi Gattaca as a SteelBook release this week.

And closing out 4K discs for the week, Disney Pixar releases Soul this week in its usual array of options. Again, it's great to see new releases from Disney on 4K disc, but my issues with them are they have yet to offer a triple-layer disc on any releases, they won't deal with Amazon on preorders and they have all but ignored their catalog releases beyond what is already out unless it ties in to a new movie. Anyway, Soul gets three 4K releases, a standard edition, a Best Buy Exclusive SteelBook and a Target Exclusive Gallery Book edition. 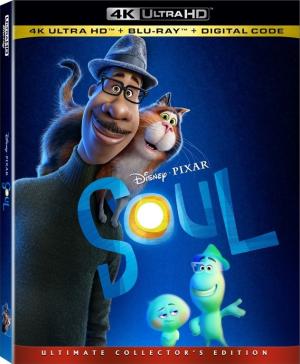 Fortunately for our line of credit, Blu-ray releases this week are below average volume.

Arrow Video offers the horror/mystery The Bloodhound this week. 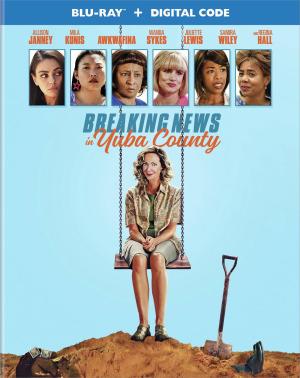 In the animation category, look for Castlevania: Season Three this week. I'm glad to see them releasing more streaming service titles on disc, hello Shout Factory, Bojack Horseman beyond Season Two please?? That show got better as it went on. Anime fans look for Fruits Basket: Season 2 Part 2, and like previous releases, available as a standard release and as a Limited Edition release. Finally, One Piece is getting released on blu-ray. Season Eleven - Voyage One comes out this week. 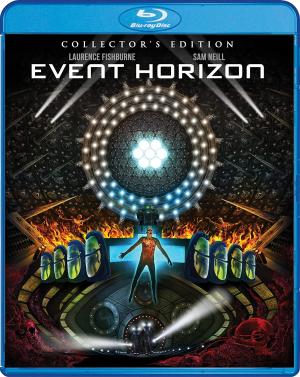 The above mention News of the World also gets a Blu-ray release this week.

Disney Pixar's Soul gets a standard Blu-ray release as well.

Criterion Collection's June batch of titles has been announced, and no, 4K titles are still not on the horizon. Their titles for the month include The Human Condition, Pariah, Pickup on South Street, The Signifyin' Works of Marlon Riggs, Streetwise / Tiny: The Life of Erin Blackwell and Visions of Eight. My sheltered life says I know none of these titles, but you can still bet that the quality of these releases will still be top notch, as is the Criterion motto!

Look for Disney's Raya and the Last Dragon on 4K disc and Blu-ray disc on May 18th. Going with the normal routine, I sort of expect to see a Best Buy Exclusive SteelBook and a Target Exclusive Gallery Book edition added to the mix as well.

20th Century Studios (via Disney) is bringing Speed (1994) to 4K disc on May 4th, available as a standard release and a rather f'ugly SteelBook release. And before you jump all over me as to how I was wrong and that Disney *is* releasing a catalog title on 4K disc, keep in mind that all the back work on this title was already done before Disney acquired 20th Century Fox. Also expect to see Michael Mann's action/crime/thriller Heat (1995) later this year as well, with the same back story. Both films are logical choices of the Fox catalog to be released in a new format. As media collectors, if these titles sold like hotcakes, it should get someone at Disney's media division to work on more catalog releases. Disney being Disney though means these will not be available to preorder on Amazon, if there's Dolby Vision it will be streaming only, and another site is suggesting that Dolby Atmos will be on streaming only as well, not on the disc. Reminds me of the term "jumbo shrimp." Atmos, streaming, really? Stay tuned for final specs.

Paramount has officially released info about the Indiana Jones 'quadrilogy' set on 4K disc and as Matthew suspected when he broke the original news article, there will be a different SKU, as a Best Buy Exclusive SteelBook set.

Which titles are you buying this week? Which ones are on your wishlist, be it to buy as an impulse buy or to wait for the right price? For me, the wallet-busting factor is thanks mostly to 4K releases. I preordered the SteelBooks of Godzilla and of Soul. Gattaca and News of the World also interest me, but I have not preordered them. Regular Blu-ray I have in interest in Breaking News in Yuba County and Event Horizon. Doubtfully, neither of the latter will be available at local brick-and-mortar stores.