To all fathers and father figures across the world, Happy Father's Day. Also, depending on where you live, you are now officially in Summer, or Winter. Last week I had asked you which hit film Molly Ringwald had starred in just a year before Pretty in Pink, the answer would be The Breakfast Club. That film has been released a couple of times on Blu-ray, most recently including a Criterion Collection version and a 30th Anniversary edition. Perhaps at the time The Breakfast Club was not considered an instant hit, but as the years went on, just about every John Hughes film became that, a hit. Hell, let's admit it, he had the midas touch. (And for bonus points, Ringwald was in the belated hit, Sixteen Candles just the year before that!) Welcome to Episode 5 of our Home Video releases calendar feature article. This week brings a handful of gems, but it is not by a longshot considered a major title release week. At the very bottom of this article I had stumbled across a Russian movie with a 3-headed dragon on the cover art, it is not a new release,  Amazon Prime video calls it Dobrinya and the Dragon . It sort of reminds me of Quest For Camelot which never got a Blu-ray release yet. Any thoughts on what this title is and the availability? If you click the link on the cover art there is an ebay seller, but it is out of stock. Oh, the link to the toys is found here.

There are no actual 4K disc releases this week, maybe. Eagle Rock Entertainment has announced that Inxs: Live Baby Live is coming out this week in 4K with a Friday street date, but no purchase links have materialized as of yet. The regular HD release however does have a purchase link.

In the 4K digital realm though, you can now purchase to own, rather than rent, Trolls World Tour. This film is also available to purchase in Digital HD as well. This film did quite well as a premium rental, which some are now calling a 'virtual theater' experience. Years from now people might ask WTH this means. In short, it is how the studios are bringing us new movies at home, as the theaters are closed due to the COVID-19 pandemic. At a price of approximately $20 per 48 hour rental, it might make sense to parties of 2 or more. This release date also means the physical release is just 2 weeks away. Again, keep in mind that the digital purchase might not be available until the actual street date, it's just something funky with Amazon's listings.

Anthony Quinn fans will see Caravans, a title brought to you by the Kino Lorber Studio Classics Collection.

Now for another Anthony, Anthony Hopkins, Kino is bringing us The Road to Wellville, clearly a film I have never seen, but based on the list of the all-star cast, maybe I should have!

Arrow Video brings us Dream Demon. I have not seen this film, but have blind bought a couple of Arrow titles and have been overall pleased with the presentation. This one sounds interesting to me.

Warner Archive is streeting a couple of titles this week, Hans Christian Andersen and House of Wax 3D. The latter title should have a review hopefully by NOW, check out the link. I'm curious to know if it is simply a reissue in different packaging. Also from Warner Archive, the 2019 TV series Pennyworth: The Complete First Season. I do not watch a lot of current TV programs, but the premise of this show is that Alfred, before he became Bruce Wayne's butler and personal friend, is trying to cope with life after his years as an SAS officer. Please, by all means, share your comments about the show if you've seen it. I am trying to picture Alfred as an agent, anything is possible.

Criterion Collection has a slow week this week, their offering is Portrait of a Lady on Fire. They're also releasing Tokyo Olympiad this week as well.

This week's Anime offerings... FUNimation is releasing Essentials Complete Series sets for multiple series. If you missed any of them the first time around, get them now at a lower price and with a digital copy. Also expect to see Fairy gone: Season One Part One. With the way this series is going to be split, you can probably bet that Part Two will also have a Premium Box set offering as well. I am still waiting to see the completion of Monster Hunter Stories: Ride on, they've left me hanging after 4 parts. The 4th release didn't have a slip cover either, FUNimation, are you listening?

More on the anime front, Sentai Filmworks is releasing Re:STAGE! Dream Days and also Real Girl, but as a Premium Box Set. I've recently looked at the going price for some of the Sentai premium box sets, and let's just say there are those out there asking over $1200 for a $60 set on some of these. If they can get it, more power to them.

Paramount is releasing the twenty-third season of South Park. Am glad to see them keep chugging along. I would be buying The Simpsons if Fox, now Disney, were releasing them on Blu-ray. Thank You Paramount for continuing the legacy.

As mentioned above, music fans can get Inxs: Live Baby Live, which has a Friday street date. It is a 1991 concert so it is a show by the original band. Depeche Mode has a more recent release, this one is titled Spirits in the Forest, again, a Friday release date, this one is a 4-disc set.

Finally in the new releases oddity category, a random title with a Friday release date that appears to be a region-free import, this one's titled Cleanin' Up the Town: Remembering Ghostbusters - described as a definitive retrospective documentary about Ghostbusters. No U.S. release has been announced, this one might be worth a look for GB fans. If this were to ever see a U.S. release, you would almost expect Shout Factory to pick it up.

For digital HD releases, the above mentioned Trolls World Tour is all that's being offered new for this week.

Shout factory has announced two Anime/Animation titles. First under the GKIDS banner, Children of the Sea slated for September 1st. Hey, laugh it up, I'm sure you're picturing a mermaid advertising tuna right now. Next, Season One of the Netflix series B: The Beginning, slated for October 6th. Available as a Blu-ray DVD Combo and as an 'Ultimate Collection' that drops the DVDs, but adds an audio cd and some swag. Order Links will be updated as they become available.

Criterion has announced their September slate of titles, they include; Beau Travail, Brute Force, Christ Stopped at Eboli, The Elephant Man, The Naked City and lastly, Martin Scorsese's World Cinema Project, No. 3. They always manage to come up with an assortment of titles, hopefully something for everyone. The previous Martin Scorsese collection dates back 3 years. And now, it's time for my opinion. When I saw this list, I was pretty excited to see The Elephant Man announced, with the same cover art as the UK release in April to boot. Previously it had been available as just an import if you wanted the Blu-ray. Now Criterion is bringing it to the U.S., but NOT as a 4K presentation. This action of course prompted me to visit Amazon UK and order the 4K release there. Criterion's release is no doubt sourced from the same restored master that StudioCanal is using for their 4K release across the pond, so why not hop on the 4K bandwagon? Is Criterion the last hold out? I would love to hear from them, but no matter what, perhaps they could have held off on this release? If you don't have a 4K set up and do not want to mess around with importing or region code issues, the Criterion release is certainly the one to get. Order Links will be updated as they become available.

Warner Bros. has officially announced the details and specs for Scoob! which will be available as a 4K Combo Pack, Blu-ray, Digital 4K and lastly Digital HD. Again, keep in mind that preorders for either digital format are not available yet, if you follow the links you will be offered the premium rental instead. That's fine if you want to watch it now, but be aware that this will not permanently add the title to your library. I find it odd, and disparaging that they are not offering Dolby Vision HDR on the 4K disc this go round, but rather, HDR10+. This is no doubt part of their home video merger with Universal Pictures. Universal has been using HDR10+ on some of their past releases. This annoys me just a bit though as again, Dolby Vision is a STANDARD theater format. I liken this action to saying that you refuse to pay the license fee for Dolby Digital, but will be introducing your own version of compressed multi-channel capable audio.

Also from Warner, the next batch of Warner Archive titles have been announced. The titles are:  Clara's Heart, Final Space: The Complete First and Second Season, Girl Crazy, Michael, Million Dollar Mermaid, Pat and Mike, Pride and Prejudice (1940) and Without Love. As always, an interesting mix of titles.

Arrow Academy will be releasing its first 4K disc in September, a foreign film titled Cinema Paradiso (1988). This release makes the 3rd movie that the Arrow company is bringing us in 4K. The previously announced titles being Flash Fordon and Pitch Black. 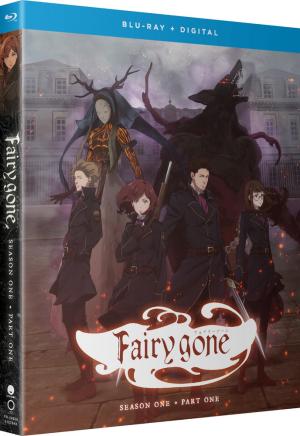 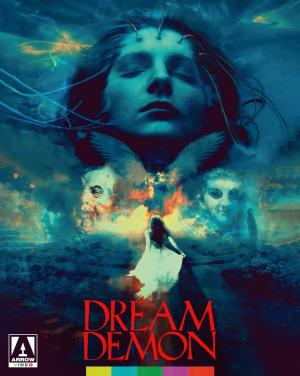 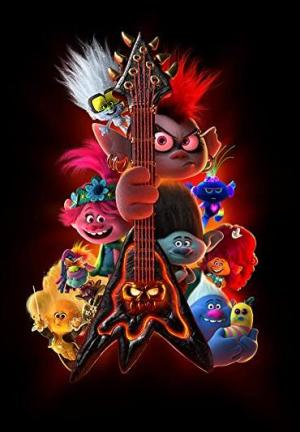 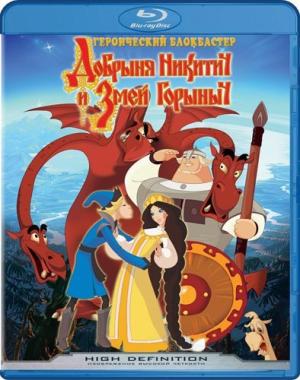