The previous couple of weeks have been pretty interesting for release announcements. I am pretty excited about a couple of them and have already locked my preorders in for them. Although Flash Gordon is not at the top of my list of must have movies, I still decided to order that in 4K, as well as Pitch Black in 4K. The Goonies 4K Giftset is interesting, but I'm not sure that I want to get such an unusual set for a movie that I was only moderately excited about. Some of us are probably getting very antsy with not being able to go to a movie theater or eating establishment if we are living in your average state in the U.S. I'm in the latter group - either to a favorite steak house, burger joint or even to get my fill of fried clams, but as much as I want to see things return to normal,  I still feel personal safety is more important. Entertainment at home is my preferred venue, but to some, nothing takes the place of a huge screen with speakers everywhere. There are no major releases this week, but there still should be a few listed this week to satisfy your need for a new purchase. Welcome to Episode 4 of our Home Video releases calendar feature article.

No actual *new* titles are being released in 4K this week, but there are some great films being offered for the first time ever in this format, I am referring to the Columbia Classics Collection I. I don't know which one I am excited the most about in this collection, this is just such a good collection. It includes Mr. Smith Goes to Washington / Lawrence of Arabia / Dr. Strangelove / Gandhi / A League of Their Own / Jerry Maguire. It's an interesting mix that makes you wonder how they arrived at this selection of titles. As this is a Collection I, it leaves the door open for a collection II, III and so on. We are doing our best to review all of the titles in the Columbia Classics collection, and as of today, the titles we have so far released,  they have never looked better! Check out our 4K Reviews page for the latest.

A couple of reissues this week in the 4K format. First, two different SteelBooks, Braveheart and Gladiator. I get the feeling that in 50 years from now that these titles will get reissues, in whatever the prevailing format is then for the umpteenth time. They're excellent films, but exactly how many times do you plan on buying each of these in each format you purchase for? If you're among the few that hasn't already bought these films in 4K, there's also a Double Feature release here as well.

There are no 4K Digital releases for this week.

Criterion is sure to satiate Buster Keaton fans, this week we see The Cameraman being released on Blu-ray.

In other classics, Laurel & Hardy: The Definitive Restorations is also due this week from Kit Parker Films. This set has 511 minutes of meterial, do check it out.

What would a week be without a handful of anime releases. Sentai is releasing Domestic Girlfriend (Do take note a Premium Box is coming this Summer).  Also coming this week from Sentai, a Premium Box set for Mysteria Friends - Complete Collection. You have to respect Sentai Filmworks. Mysteria Friends came out a couple of months ago as a standard edition set, but at the time, Sentai did notify us that they were working on a Premium Box set. They have made such indications on other titles as well. We all love to double-dip, don't we? FUNimation is rereleasing Tales of Zestiria the X- The Complete Series as an "Essentials" release. Most recent history releases for FUNimation titles also include a digital code, which unlocks the title in your FUNimation digital locker. Also releasing this week, YU-NO: A Girl Who Chants Love at the Bound of This World, parts One and Two.

Just in case you somehow missed the boat on getting Friday the 13th on Blu-ray, Paramount is releasing it this week in a SteelBook case option. There have been multiple offerings of this movie over the years, but maybe this is the one cover you want in your collection. With a 40 year Anniversary edition, I would hope to see a 4K offering, but that could still be years away. If you're ready for the next Paramount Presents label release, this week they are releasing Pretty in Pink. Trivia: What did Molly Ringwald do just a year earlier that was a pretty major release? I will answer this next week, hey no cheating, OK?

The Guy Pearce Thriller First Snow is finally getting a Blu-ray release this week, after being delayed a time or two.

Shout! Factory has several notable offerings this week. Under the Scream Factory label, The Hills Run Red. Also this week they are releasing the Universal Horror Collection: Volume 5 featuring 4 Universal Studios classic horror films. Under their Shout Select label, the Western/Thriller starring Tommy Lee Jones, The Missing would have been released this week but got pushed back to July 14th. I guess after several years of delays, we will eventually see this one. It really is getting more within reach.

Warner Bros. has got a slow week this week, but if you like the Lego series of animated features, this week they're releasing Lego DC: Shazam! - Magic and Monsters.

In the LOL category (hey, maybe it is a good film???) - The 8th installment of the Sniper film series, titled Sniper: Assassin's End comes to Blu-ray this week. Wiki lists all of them here. Apparently if you want the complete collection (this is to say, til they come out with a Sniper 9) you can only get it on DVD, and it is a Walmart exclusive to boot.

There are no Digital HD release for this week.

Shout Factory has announced most of their September 2020 titles. Notable titles that I can remember are Event Horizon, coming in a Collector's Edition, and The TV Set starring David Duchovny & Sigourney Weaver and The Masque of the Red Death (1964). Also being distributed by Shout! Factory under the GKIDS label, they are finally releasing Hayao Miyazaki's The Wind Rises. They've released multiple Miyazaki/Studio Ghibli films in the past. And as you may recall, Disney previously had owned the rights to these films, and at the time, their releases were pretty solid, but did have a couple of issues on some of them. GKIDS seemed to have corrected most of the issues and has offered new transfers as well.

Mill Creek has announced their September slate. The next installment of the Ultraman series, titled Ultraman Ginga/Ultraman Ginga S Series + Movie/Ultra Fight Victory, the John Travolta bomb Battlefield Earth, which has managed to gain its own following, the blu-ray debut of the animated version of The King and I from 1999, and a comedy double feature of Big Bully / Wrongfully Accused. I think I would like Wrongfully Accused, I've liked most of Nielsen's films, and this sounds like a satire homage to The Fugitive, and lastly, another Sigourney Weaver release announced this week, Snow White: A Tale of Terror. I have the DVD of the animated release The King and I, a Blu-ray release is certainly welcome. The release of the classic film in 4K would be nice, but at this time, we are not seeing the Disney company releasing catalog titles on 4K, and although this is a Fox title, it seems doubtful it will see the light of day any time soon.

Kino Lorber has announced the next batch of August titles as well. A lot of special interest titles that I do not personally know. There are some familiar names in the batch, but again, I apologize for not really knowing what they are. I do like how they approach multiple genres and areas of interest, they've got something for everyone. The titles in the announcement follow, keep in mind that many of them do not have pre-order links yet, do check out the Blu-ray release calendar for more info. All I Desire, Backlash, The Balcony, Beyond the Visible - Hilma af Klint, Breezy, The Eagle and the Hawk, Hell Bent, Lucky Grandma, Raid on Rommel, The Red Ball Express, She Shoulda Said 'No'! / The Devil's Sleep, The Sign of the Cross, Soldier Blue, Sonja: The White Swan, There's Always Tomorrow, Those Who Deserve to Die, Wake Island.

For 4K Disc announcements, the Robert Downey Jr films Sherlock Holmes and Sherlock Holmes: A Game of Shadows will be coming on Sep. 1. Final specs still subject to change.  In case you were curious as to why, the 3rd movie in this series is currently in production, so what better time to release the first two, except maybe a week before theatrical release of the 3rd movie that is? Also from Warner Bros. we've found out about the upcoming 4K disc release for Beetlejuice. Just like The Goonies, Beetlejuice appears to be coming as a standard 4K package and as an Deluxe Giftset, along with most likely a SteelBook from Best Buy. Best guess is that both of those titles will come out the same day, September 1st.

Synapse Films has also announced The Living Dead at Manchester Morgue in a handsome SteelBook package. This is not a repackage of the Blue Underground 2009 release. There are a lot of extras included and the audio and video have been given new masters.

And lastly, Arrow's 4K pre-order of Pitch Black has been hovering at $19.99 for the pre-order for much of the week. If you're a fan of this movie, this price seems pretty much a steal, all things considered. 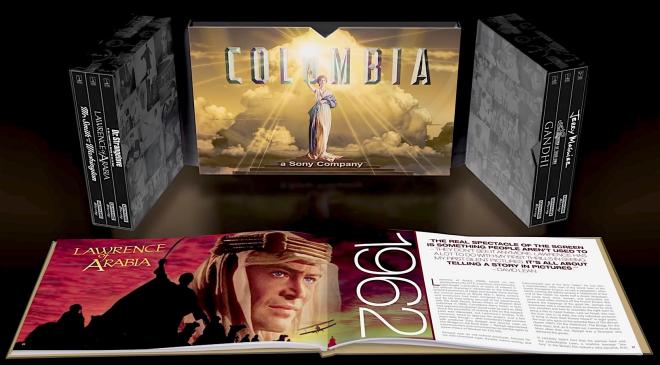 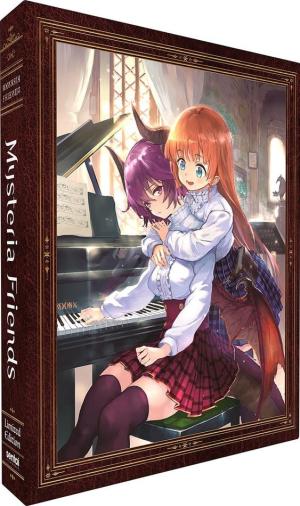 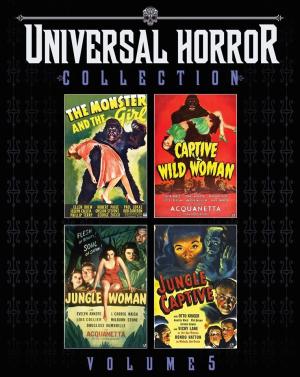 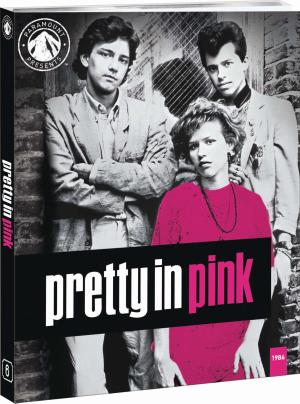 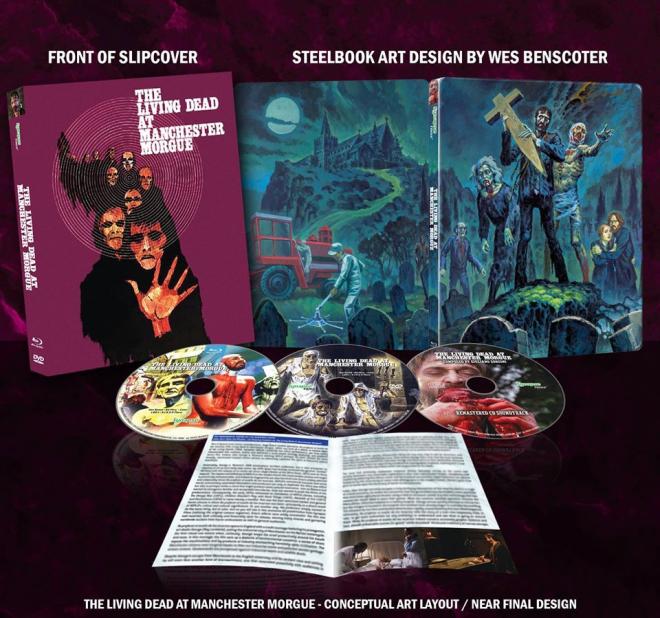