'Super Smash Bros.' director Masahiro Sakurai teased a character reveal for Nintendo's highly-anticipated fighter on Miiverse today. Instead of doing it through a Nintendo Direct, as has been the traditional means over the course of the game's development, Nintendo is hosting a live-stream event through the official 'Smash Bros.' website on Monday, July 14 at 7 a.m. PT.

"Oh, by the way! I'd like to reveal a new challenger," Sakurai writes. "Instead of doing the unveiling on something like a Nintendo Direct, we're going to live-stream the reveal on the official website on Monday, July 14, at 7:00 AM US Pacific Time (4:00 PM European Central Time). Looks like we're nearing the bottom of the stash of new challenger videos that we've made... Like always, we put a lot of effort into it, so I hope you'll enjoy watching it live."

From his wording, the new character is likely to be just that, someone we haven't seen in the series so far. New challengers, as he likes to call them, and those that recieve their very own video are usually new faces. The exceptions are Charizard, Sheik and Zero Suit Samus, all of whom split away as their own characters for the first time instead of being just one part of a set. 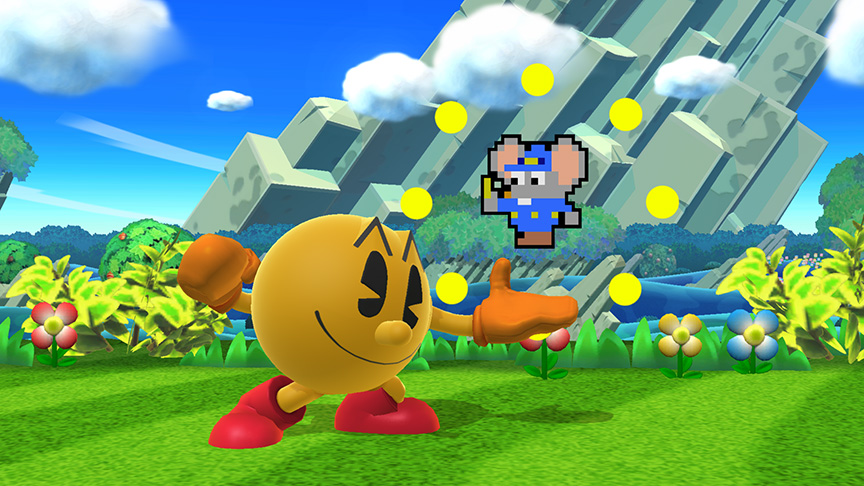 The 3DS version is scheduled for release on Oct. 3, while the Wii U version still holds an ambiguous 'Holiday 2014' date.