Nintendo has announced that there will be a 'Super Smash Bros.' Tournament at the San Diego Comic-Con on July 25th. This will be the first ever 'Super Smash Bors.' 3DS tournament, and Nintendo will stream it on Twitch.

From Nintendo, "Fans are invited to come to the Nintendo Gaming Lounge at the Marriott Marquis & Marina located at 333 W. Harbor Drive (adjacent to the San Diego Convention Center) for a chance to participate."

"Starting at noon, there will be a preliminary round in which groups of four competitors battle it out, with the winner advancing. During the finals, players will duke it out one-on-one to determine the top smasher. Tournament slots are limited, and fans will be able to sign up the day of the event on a first-come, first-served basis."

With an October release date for the 3DS version of 'Super Smash Bros.,' Nintendo still has plenty of time to apply lessons from the tournament to the both the 3DS and Wii U versions of the game.

Nintendo has also just shared a teaser image for costume options on the Wii U. 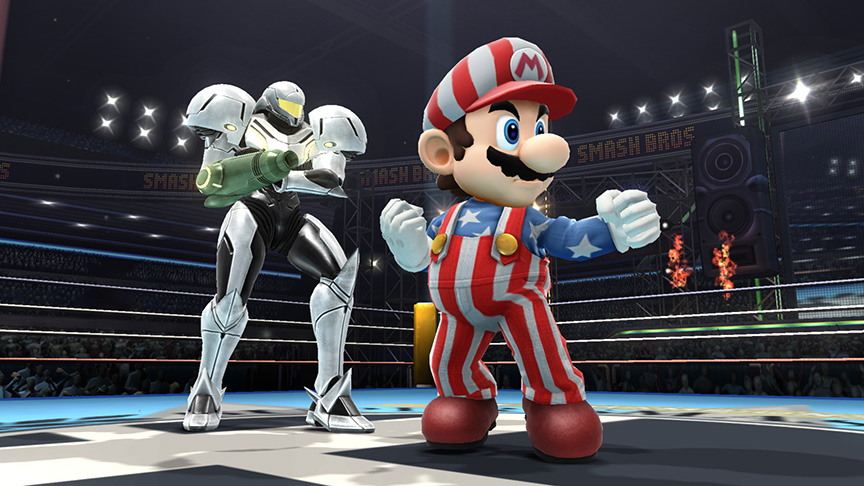