The Terminal and The Stormgracht.

'Killzone Shadow Fall' multiplayer is holding strong with two free maps, out today, right now. The call of the day are dynamic changes. Both The Terminal and Stormgracht will keep you on your toes with some lethal shifting going on. 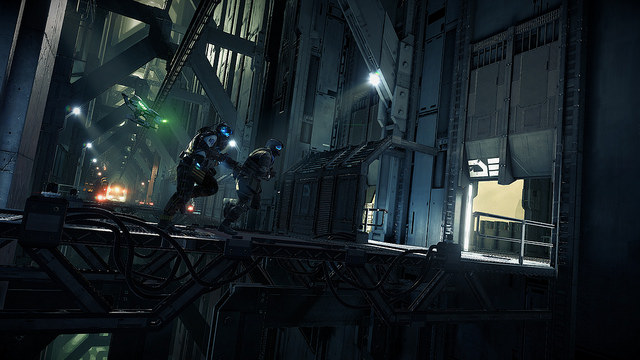 The Terminal is set in a warzone no man's land. "Part defense facility, part prison complex, this foreboding place is linked by a series of rail systems, through which the trains run relentlessly at breakneck speed," according to Playstation. Stormgracht, literally translated from German as "storm canal" or "storm drain," is pretty straightforward once you get past the language barrier. Featuring multiple canals, the floodgates of which can be opened, Stormgracht is a mix of wide open areas and cramped tunnels. Anyone caught in the wake of the opened floodgate is killed.

'Killzone Shadow Fall' is arguably the OPS4's premier exclusive multiplayer shooter. That may change soon, however.