Who Killed the Kinect?

"Forget price, the Kinect was doomed by cowardly developers."

Editor's Note: The following feature is part of our ongoing coverage of the recent Microsoft announcement regarding Kinect. Another perspective is available here.

Let's get this out of the way. Killing off the Kinect is an obviously good move for Microsoft. The cheaper SKU will sell to the many fans awaiting it, and all game sales for the console will improve for it. Developers will benefit, Microsoft will benefit and the consumer will benefit. But games, games as a medium, games as an art, have suffered a soft blow indicative of something truly terrible. Yes, I'm going all Chicken Little on the topic, but someone has to for the sake of argument. We can't all be pumping our fists.

Consider, for a moment, if the Nintendo Wii hadn't taken off, if 'Wii Sports' hadn't immediately captured audiences and basically magnetized the money in their wallets with retailers unable to hold onto the little console-that-could. We would never have seen Kinect, never have seen Playstation Move, never have seen the absurd amount of games, terrible or otherwise, that took advantage of the infamous waggle. No matter how many bad games were released, no matter how many failed ideas in its wake, the inspiration of new ideas is a good thing. Experimentation is a good thing.

Oh, wait, we don't have to just consider if the Wii hadn't taken off. We have the Wii U, developed with the same strategy as the Wii, to offer, with the GamePad, the kind of experience none of its competitors could possibly match. It didn't work. So what's the difference? You could simplify it down to the sensational 'Wii Sports' against the so-so 'Nintendo Land,' and you could generalize that statement to "Games." That's the difference. The Wii had them, starting with the phenomenon of 'Wii Sports,' and the Wii U scared the games away, scared developers away, starting with the disappointingly minor splash of 'Nintendo Land.' 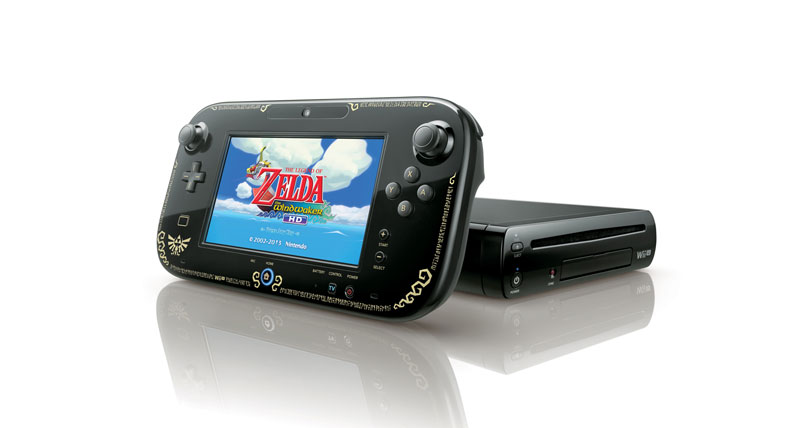 There's an allegory here, but the first thing to note is the Kinect started off unlike either the Wii Remote motion controls or the less-successful GamePad. The Kinect wasn't native to hardware that ran it, which thereby labeled any games developed for its Xbox 360 incarnation as inherently risky. There was just no telling how many people were using their Kinects every day, whether they thought about Kinect games like they thought about their regular games, which used that other peripheral, the controller. Developing for the controller is an assumed thing for consumers and developers alike. It's what makes using it as the primary input device so comforting and so reliable that to even think of it as a peripheral is a bit absurd. It's why games are developed the way they're developed today, with directional pads, joysticks and buttons in mind.

By including it in the box, the Xbox One tried to do that for Kinect, to make it an assumed thing, and therefore a safe thing for developers and publishers alike, just like the waggle, just like the GamePad, just like the controller. You weren't alienating half of the market anymore. The Xbox One gave developers the chance to go wild with the Kinect, to really break it open and find something new, but nobody, absolutely nobody, rose to the occasion. It's a sad state of affairs when neither the big behemoth publishers nor the itty-bitty indie developers can look at something fresh, something guaranteed to be a part of the system they develop for, and come up completely empty.

It's not a lack of creativity, though, it's simple cowardice that killed the Kinect. Having taken away the risk of developing for a non-native device, the games still didn't come. Here's why.

On the big, fat publisher/developer side of things – EA, Activision, 2K, etc. – competition, strangely enough, is the thing that stifled innovation here. They each have massive, ongoing franchises that need to serve an audience to maintain relevance in the many years to come. 'Call of Duty,' 'Madden,' 'Battlefield' or whatever money-raking behemoth you want to point out, all need to maintain a status quo on gameplay to keep their players happy. So, instead of looking at Kinect from a gameplay perspective, and perhaps finding a new way to play old franchises, they saw it as a marketing opportunity and nothing else. "Hey look! You can call out voice commands in 'Battlefield' now!" Except those voice commands were terrible, added nothing to the game and painted the Kinect as a completely useless device for games as a whole. Of course, if the Kinect were to really become a big feature in one of these franchises, it's likely to ruffle feathers. Sony and Microsoft are just two partners that big publishers can't afford to alienate, and so it just was never worth it for them to explore Kinect as a gameplay device. 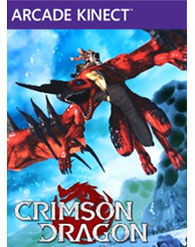 One exception to this rule, Disney, is publishing the big-budget, Kinect-exclusive 'Fantasia' from developer Harmonix. I can't say monetary anxiety is high on Disney's lists of things to worry about, which means the company is immune from the fear of failure in gaming. Besides, they have the budget for it now that 'Disney Infinity' has taken off.

As for the rest of the game development world, the people who have less to lose and more to gain by creating something nobody had ever seen before, they failed in a more fundamentally disappointing way. They failed because they can't let go of the controller, and they failed because they lacked the effort to try. This is where I worry about gaming's future the most. I love my controllers, I love the feel of manipulating a virtual world with joysticks and triggers and buttons, but I would never let that love of tradition hold me back from trying something new. Game developers, as a whole, have done that in their blind surge forward. They have attached video games and controllers so instinctually as to look upon the Kinect, even as a native Xbox One device, as just a gimmick. It may not have been the most fruitful device in the long run, it may have been a failure in spite of industry embrace, but then that's not really the point. Nobody tried, and when nobody tries, even good ideas can fail. Developers, in their creative processes, had killed the Kinect even before it was reintroduced to the marketplace on the Xbox One.

Some might say (like this Editor, cough) that smaller developers weren't given enough time between the Xbox One launch and now to put out anything substantial, but we've reached a point where there are enough games on the marketplace, for me at least, to notice a disappointing vacancy. With today's announcement, it seems, Microsoft noticed it too.

More so, it's dangerous to group every developer together. They don't have town meetings where they discuss how creative they can be, and they don't have some collective cloud thought where only creative people are allowed to reside. They're people. They're out for themselves. But they also represent the future of games, the creative face of games, whether they want that responsibility or not. And their answer to a native Kinect on Xbox One? No. A simple no, we won't try, we don't care. We like controllers and keyboards, just as we always have.

That's tradition, the antithesis of change, the antithesis of progress. Nobody took a risk except Microsoft, and industry is punishing them for it, just like it's punishing the Wii U and Nintendo, which brings me to the consumer. What the consumer has told the entire industry of games, despairingly so, is that new hardware ideas are worthless. Apparently, after months of bitching to Microsoft and ignoring Nintendo, of praising the PS4 for doing as little as it possibly can to shake things up, that processing power is the only thing we can see. 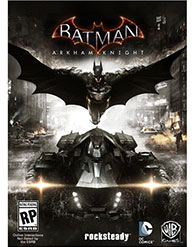 Had Kinect been embraced by the consumer and developer alike, we might not be seeing the same franchises and the same genres being repeated over and over again. 'Destiny,' 'Titanfall,' 'The Division,' 'Watch Dogs,' 'Call of Duty: Advanced Warfare,' 'Mario Kart 8,' 'Super Smash Bros.' and 'Batman: Arkham Knight' are amongst this year's most anticipated games. They all control exactly the same as their preceding genre competitors (or, in most cases, direct sequels).

I'm not saying innovation exists only with regards to the controls. That would be narrow-minded. What I am saying is that new brands of innovation start with it. Indie developers will keep flipping genres on their heads, just as publishers will keep polishing and enhancing the expected adventure. Those are good things, but we could be doing so much better, so much more, if everybody wasn't so cowardly towards change. In an equation of low risk resulting in zero effort, something in the middle went horribly wrong. Game makers are supposed to be innovators, but all they did was stay in their comfort zones. Gamers are supposed to embrace the new, but all they did was expect the status quo.